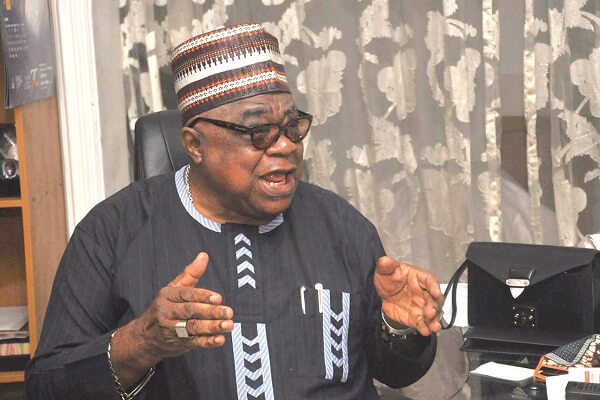 A former aide to late Otunba Christopher Adebayo Alao-Akala, Prince Diran Odeyemi has recounted his last moment with the deceased.

During the regime of Alao-Akala as Governor of Oyo State, Odeyemi served as his Special Adviser on Communication and Strategy.

In his tribute to the deceased, Odeyemi  narrated his last encounter with Late Alao-Akala three days before his death.

“How do you start writing about the obituary of a man you saw bubbling with life three days ago and hearing he passed on the 4th day? What can I write, where do I start from about a man who God used to make me whatever I am today?

“Death has made a double mistake, taking away the wrong person at a very wrong time. Death, why must you take away the kind-hearted leaving behind the wicked or did you not know that Akala was a different human being christened “Oyato” because “O meto” Death why why?

“My Oga, my mentor, is that the end? Just like that? You broke to me (on Sunday) the death of your friend “Solo” and you talked about the vanity of life. Could that be a passing message to me?

“Oga, but we were together on Sunday, laughing, joking as usual! You were not sick at all, you were bubbling and was full of life in your usual character. Oga, you did not give us any sign that you would soon join your creator when we were together just this last Sunday now why why.

“Were those words of wisdom and lectures that “Governance is all about the welfare of the masses” and that “Good name and legacy should be the hallmark of service to humanity” meant to be a premonition? Was the lavish entertainment of guests on that night meant to be our last clicking of glass together?, he mourned.

He continued that the former governor of Oyo State did not give any sign that he would die soon.

"When Barrister Niyi Owolade, while thanking you for the reception, said you were a father whose experience will be needed as we move on in life.

“Two important things you finished before leaving finally. Good name and legacy of service to humanity by which you made men and women irrespective of tribe or religion, state of origin or place of birth that eventually earned you “Oyato.”

“Clean bill that erased what could have been a dent on your name by detractors who dragged you to EFCC. Oga, death is a liar, you are not dead, you live in us forever and in the minds of whoever knows you. If being kind, generous, love for humanity are the yardstick to enter heaven, I am sure you are right now sitting on God’s right hand side-the favoured. Oga, Rest on till we meet to part no more," he concluded.

Otunba Alao-Akala died on Wednesday in Ogbomoso, Oyo State, at the age of 71.