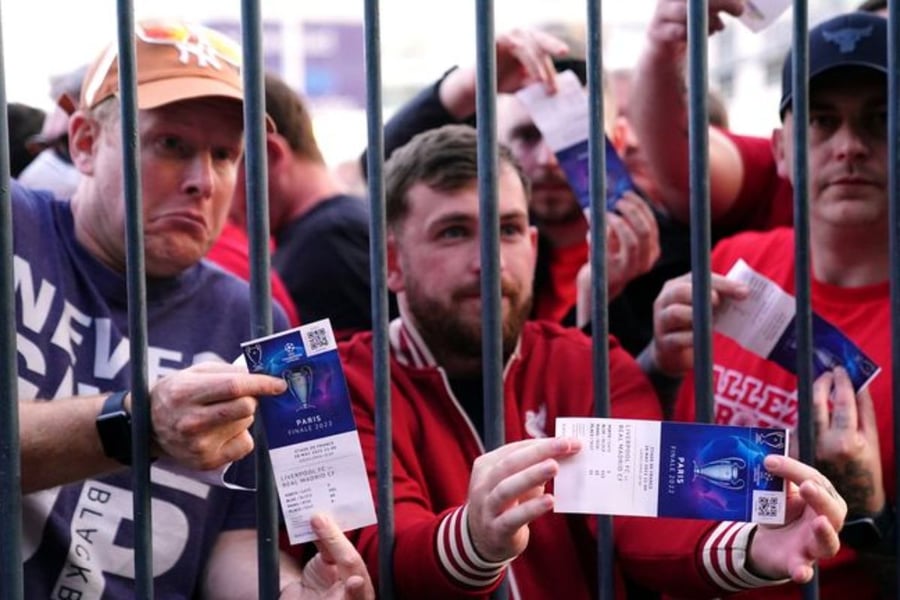 French Interior Minister Gerald Darmanin on Tuesday tendered a partial apology for chaos at the UEFA Champions League final between Real Madrid and Liverpool in Paris while insisting fake tickets and "delinquency" were mostly to blame.

"Of course, I readily apologise towards everyone who suffered from this bad management of the event," he added.

After scenes of fans crowded into tight spaces and being tear-gassed by police caused outrage around Europe, Darmanin poured fuel on the fire by blaming supporters with fake tickets for the disruption.

"We don't believe it's the number mentioned in France," he said, adding that 2,600 fake tickets were identified at turnstiles – compared with the number of 30,000 to 40,000 people with fake tickets and without tickets suggested by Darmanin.

"It was a question of fake tickets... that created the difficulties we all know about" of large crowds of fans packed into underpasses or outside locked gates, Darmanin insisted on Tuesday.

He added that "if there was something that went wrong at the Stade de France, it was the fight against delinquency", saying he had already ordered a reorganisation of policing around the venue and that three major matches since had passed without incident.

While some supporters did report being victims of crime by gangs of youths before and after the match, there were also many complaints about police treatment of fans.

The English supporters have reacted with particular fury to Darmanin's defence of the French police's actions.

"People's memories will forever be tarred by the lack of organisation and heavy-handed policing, and then, of course, the way authorities tried to deflect blame and scapegoat Liverpool fans for their incompetence," Liverpool mayor Steve Rotheram said earlier this month.

CCTV footage from around the stadium has also been deleted despite the Senate probe.

A government report published earlier this month said a "chain of failures" by French authorities has inflicted "severe damage" on the image of the country as it prepares to host the Olympic Games in 2024.