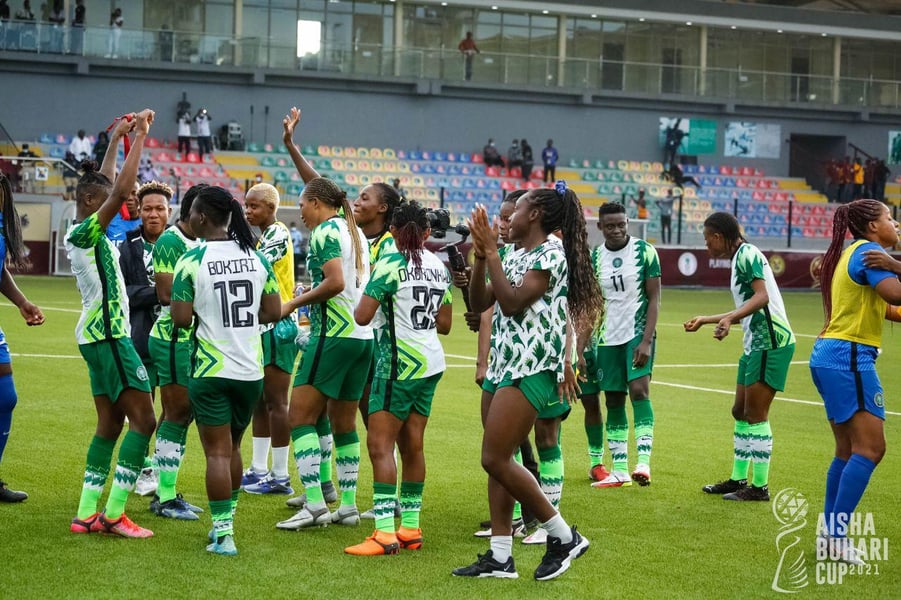 Japan inflicted a second consecutive defeat on the Super Falcons on Thursday in a friendly game between the two sides ahead of the World Cup 2023 at the Noevir Stadium, Kobe.

The Falcons, who were the visitors, were not as compact as they used to be as they allowed a second-half brace from Bayer Leverkusen's forward Tanaka Mina to put the match to bed.

Although, in the first half, they looked composed but could not keep up against the 11th-ranked team in the world.

The Falcons coach Randy Waldrum made four changes to the squad that lost 2-1 to the USA last month, starting Ashleigh Plumptre, Uchenna Kanu, Okobi Okeoghene, and Deborah Abiodun. Meanwhile, Rasheedat Ajibade kept her captaincy because of Onome Ebi’s continued absence because of injury.

In the 15th minute, a shot drew the first save from Falcons goalkeeper, Chiamaka Nnadozie, who parried for a corner. Ten minutes later, Nnadozie was on hand to save her team again.

Vivian Ikechukwu came on for Christy Ucheibe in the 36th minute as the Falcons continued to hold on.

Nnadozie continued to keep the Falcons in the match as she saved a Tanaka header and then the rebound.

The Falcons threatened briefly just before the interval through Ajibade’s long-range shot, which went wide.

It took the Japanese 19 minutes into the second half to break the deadlock from a Tanaka finish to Naomoto’s free kick.

Tanaka doubled the lead from a spot after Osinachi Ohale infringed Sugita Nina, who was ahead of the defender in the Falcons’ box in the 68th minute.

The Falcons were close to halving the deficit through Ifeoma Onumonu in the 71st minute, but the assistant referee ruled her offside.