Fuel Scarcity: Why Atiku, PDP Are To Blame — Oshiomhole 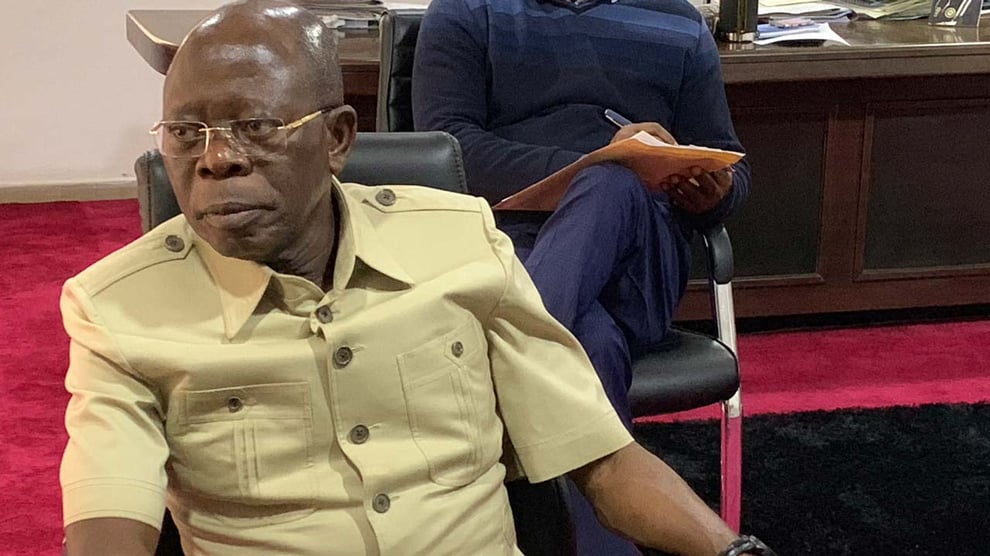 Former Edo State Governor Adams Oshiomhole has stated that the presidential candidate of the Peoples Democratic Party (PDP), Atiku Abubakar and the party are to blame for the ongoing fuel scarcity.

Baring his thoughts on Channels TV on Wednesday, Oshiomhole who is the former National Chairman of the All Progressives Congress (APC) pinpointed PDP's inability to fix Nigeria’s refineries during its 16-year rule from 1999 to 2015 as the cause of the fuel scarcity.

According to him, Atiku can barely manage his household so he is not one to talk about unity and family.

“For Atiku, if he is not the candidate, he takes a flight to Dubai. But you are talking of someone (Tinubu) who upon leaving office, supported his wife rather than himself, talk of selfless service and gender equality.

“It speaks to character. When you have a sense of belief, you cannot be jumping from one party to the other every other election.

“You (Atiku) can’t manage your household, you are a serial divorcee and you want to preach unity and family to me?”

“... PDP governors said we can’t trust him, every agreement we made with him, he broke it; he is a serial betrayer of agreements", he said.

"During these 16 years, if they bring out the figure, of what they claimed to have spent maintaining these refineries, you will faint.

“And a PDP president decided to privatize the refineries, that was (Olusegun) Obasanjo, towards the tail end of his tenure, another PDP president came and revised the privatization, promised six months that fuel will be available,” he said.

“So, if you have to talk about the maintenance of the refineries, you will have to trace it to the 16 years of the PDP, they couldn’t fix it", Oshiomhole added.