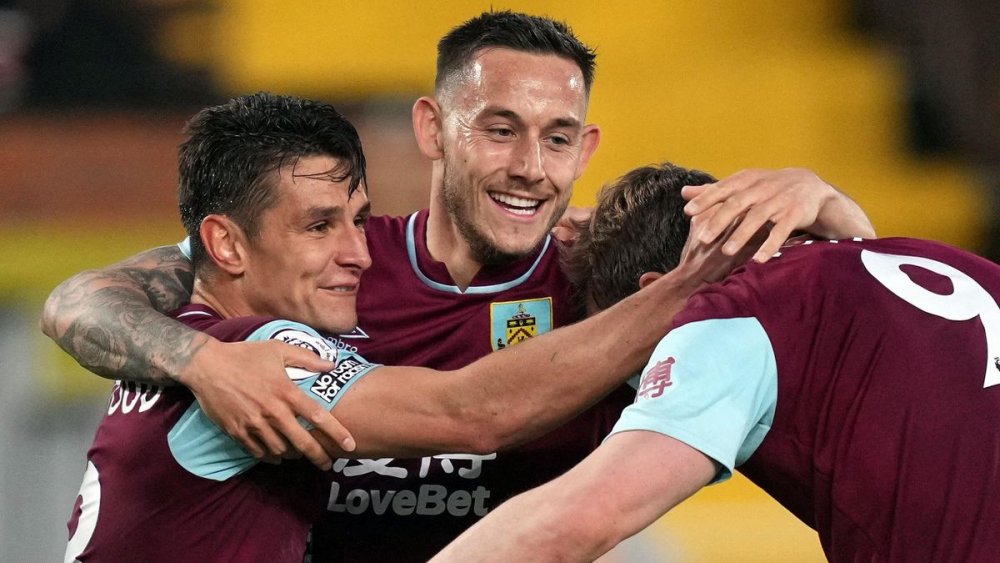 Fulham suffered relegation from the Premier League on Monday after goals from Ashley Westwood and Chris Wood gave Burnley a 2-0 win at Craven Cottage.

The defeat left Fulham in 18th spot on 27 points, 10 behind Southampton with three games left to play, while Burnley rose from 17th to 14th on 39 points.

Though a draw would have briefly staved off relegation, Fulham desperately needed to win and they started well, with Andre-Frank Zambo Anguissa and Ivan Cavaleiro both registering shots on target that Nick Pope saved comfortably.

Fulham were punished in the 35th minute when Matej Vydra chased a ball down the left flank and beat Joachim Andersen before pulling it back for Westwood to steer home as Burnley took the lead.

They were soon two up thanks to Wood, who rifled Josh Brownhill's return pass into the top right corner a minute before halftime.

The home side looked more dangerous in the second half as they finally started to get some crosses into the box for Aleksandar Mitrovic, and the Serbian striker went close with two headers before the hour mark.

Fulham's French goalkeeper Alphonse Areola was lucky to stay on the field when he seemed to handle the ball well outside the penalty area, but neither the on-field referee nor the VAR deemed the incident worthy of a red card.

Despite plenty of possession, Fulham failed to create many decent scoring chances and return directly to the Championship after a single season in the top flight, where they will join West Bromwich Albion, who were relegated on Sunday after losing to Arsenal, and bottom side Sheffield United.

"It's a tough time. We failed tonight, we failed this season. It's hard to find the words," Mitrovic told Sky Sports.

"We didn't deserve it, and I've played football long enough to know that football is a really honest game, sometimes you get it in the season, sometimes you don't. In the end, you always finish where you deserve to be," he added.