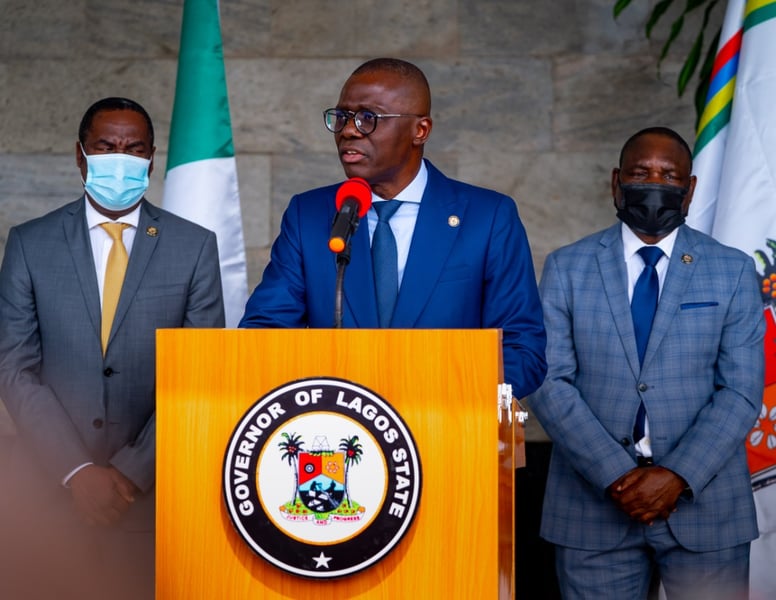 ...Expresses regret over the leakage of the EndSARS panels report

In his address on Tuesday, Sanwo-Olu expressed regrets over the leaked EndSARS panel report, assured that his administration is determined to take the necessary steps to bring closure to a painful episode in the history (October 20) of the State, with the release of the White Paper later today.

Read the full text below;

"My dear good people of Lagos State, it is with a great sense of responsibility that I address you today on the reactions that have trailed the release of the #EndSARS Judicial Panel of Inquiry Report submitted to me two weeks ago, and how it has played out in public discourse since then.

"I believe — and have always been vocal about this — that we owe it to you, the people of Lagos, to constantly speak and engage with you.

In easy times, in difficult circumstances, we will never shy away from making our case to you, while also ensuring that we listen to you.

"I will start by saying that we, as an administration, are determined that the next steps that will be taken in this process of coming to terms with the events of October 2020, must bring closure to a painful episode in the history of our state, with the release of the White Paper later today.

"This, in my view, is a moment that beckons us to define who and what we are as a people.

"To be a prosperous state, we must establish ourselves as a peaceful entity. And to achieve the Greater Lagos of our dreams we must learn to live in harmony, even amidst inevitable disagreement.

"In times like these, with anger and animosity too quick and fast at hand, it is easy to hide behind our own prejudices, treating them as deeper truths instead of the superficial lies they are.

"It is far too easy to take sides and choose emotion over fact, even when the truth is to be found in shades of nuance. It is easy to choose darkness over light; to take perverse delight in playing unhelpful games of cynicism and suspicion; to cling to beliefs that do not carry the weight of verifiable evidence.

"To become a champion of prejudice is to own a fleeting and false victory. It is a victory of rancor over reason, of vengeance over justice, of anger over compassion.

"Today, I stand before you to declare that I reject this path; and I invite you all to do same.

"The choice confronting us today is between restoring greater harmony or doing greater harm. I choose harmony over harm. As your Governor, it is my task to explain why all Lagosians should join me on this path that promises a more beneficial future.

"Fellow Lagosians, let me at this point bring to the fore some very important context that we must never lose sight of. You will recall that the Judicial Panel of Inquiry was originally inaugurated to investigate allegations of police brutality committed by the disbanded SARS in Lagos state.

"In the aftermath of what happened on October 20, 2020, I decided to expand the mandate of the Panel to include investigating what really happened at the Lekki Tollgate that night.

"As a matter of good faith and a sincere commitment to uncovering the truth, we constituted a panel of individuals that we believed were independent, credible, and representative of the various stakeholder community interested in the movement against police brutality.

"Apart from the Chairman of the panel being a respected retired jurist, various stakeholders including the youths, #EndSars protesters, the police, and civil society groups were represented on the panel.

"I am sure no member of the panel can claim that the state government made any attempt to influence them in any way throughout the duration of its sitting.

"While I commend the panel for undertaking its task to the best of its abilities, it is however regrettable that the panel’s work and the leakage of an unauthorized version of the report have generated much tension. Sadly, a deep wound has been reopened.

"The heated exchanges among various shades of opinion on the report have unfortunately put us all at the risk of missing the larger picture; the fact that what we all seek in common is a land in which we are all safe and secure, law enforcement agents are trusted, and justice is guaranteed for all.

"As I have stated earlier, we have no intention to engage in histrionics or further inflame passion on a matter that has generated intense interest and controversy nationally and internationally. Our decisions and actions will be based entirely on the law, the weight of evidence, and unblemished respect for the truth.

"Let me at this juncture say that I have never been in any doubt as to the sincerity, patriotism, and noble motivations of both organizers of and participants in the movement to see an end to the human rights abuses by the now-disbanded Special Anti- Robbery Squad (SARS).

"It is also on record that the Federal Government accepted all the demands of the protesters, including the immediate scrapping of SARS. The National Economic Council (NEC) also recommended the establishment of State Panels of Inquiry into cases of police brutality. And the Lagos State Government was the first to set up its own panel.

"I can boldly say that no State took the advocacy for police reforms and justice in the face of documented brutality more seriously than we did in Lagos. We have so far paid N420million in compensation to victims of police brutality, in line with the recommendations of the panel.

"My good people of Lagos State, you will also recall that in solidarity with the protesters, I joined our youths at various points during the demonstrations, particularly at the Lekki Tollgate and Alausa.

"I received the charter of demands of the protesters and promised to pass them on to the President and Commander-In-Chief of the Armed Forces, President Muhammadu Buhari.

"I kept my word and passed on the demands to the President, who promised to act promptly on the issues raised.

"However, perhaps as a result of entrenched lack of trust between the government and the governed over the years, the protesters responded to the government’s concessions with skepticism, and the demonstrations continued, even growing in intensity.

"Regrettably, what had been very well organized and peaceful protests were subsequently hijacked in different parts of the country, particularly in Lagos.

"In the ensuing descent into anarchy, many of our compatriots were caught up in the violence. Several policemen were killed. Public and private property, including critical infrastructure, was set on fire, leading to losses estimated at several billions of naira.

"At that point, I imposed a curfew to restore normalcy in Lagos. We had only one goal in mind: the maintenance of law and order and the protection of citizens going about their daily lives. This is more than a legal duty. It is a sacred obligation under the constitution of the Federal Republic of Nigeria, which I swore to uphold.

"In my inaugural speech on May 29, 2019, I said, Let us explore how we can establish a harmony of interests and avoid the growing tendency to focus on those things that differentiate and divide one Lagosian from another.

"By dint of providence, this small tract of land intersected and surrounded by waterways and lagoons has become home to roughly twenty-two million people, with their various dreams and aspirations.”

"It is my earnest desire that all of us — the government, the youth, protesters, the police, and other security agencies — learn the appropriate lessons from the #EndSars protests, particularly the Lekki Tollgate incident, with a view to averting any recurrence to the detriment of our dear state.

"It is a testimony to our strength and resilience as a people that, despite the huge losses incurred because of these terrible incidents, we have bounced back, with our economy as vibrant and virile as ever.

I have no doubt whatsoever that our prospects are as bright as ever and the best lies ahead of Lagos State and Nigeria.

"My Dear Lagosians, let me remind you of our collective strength as a people. We are that social collective who through the resilience of our Spirit confronted an unseen enemy called Covid- 19. In our common resolve, we overcame the worst of the pandemic.

"We are the great people who triumphed over the terrible explosion at Ado-Soba, an incident in which many lives and property were lost. Just a month ago, we rose above the differences in our tribes and tongues; we rallied our inner strength to rescue survivors of the collapsed Ikoyi building and console those who lost their loved ones.

THE TESTAMENT TO THE RESILIENCE OF OUR SPIRIT RESTS IN HOW WE RISE AFTER EVERY ADVERSITY. THIS IS WHO WE ARE. THIS IS THE TRUE SPIRIT OF LAGOS.

"Our resilient and irrepressible spirit also propels us to show our empathetic nature in the face of tribulations has long defined us as a people and is also at the root of the just clamor for an end to Police brutality.

"Going forward, dear Lagosians, we shall facilitate better communication between our youths and the state’s security machinery to resolve issues before they become intractable. We will make it easier for our young people to initiate formal complaints on human rights violations through the Ministry of Justice.

"We will also improve the coordination between the state government and the security agencies, including the police and the military. In this vein, we are studying how to improve security policy formulation, information sharing, and clarifying rules of engagement in times of social unrest.

"Just as we have established a mechanism to compensate all those who lost homes, businesses, and livelihoods to the violent destruction of October 2020, we shall also establish a detailed procedure for the just compensation of citizens with verified claims of police brutality committed during the protests.

"In December, I will be leading A WALK FOR PEACE to herald the healing of our land. Let me use this occasion to extend an open invitation to our youths, members of the diplomatic corps, civil society groups, students, and the media as well as other stakeholders to join me.

"Join me on this historic march for our dear Lagos. Nobody will build this city for us. Let us show the world who we are. We are Lagosians. A people of great renown, driven by the irrepressible spirit of Lagos." 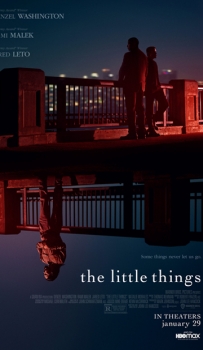