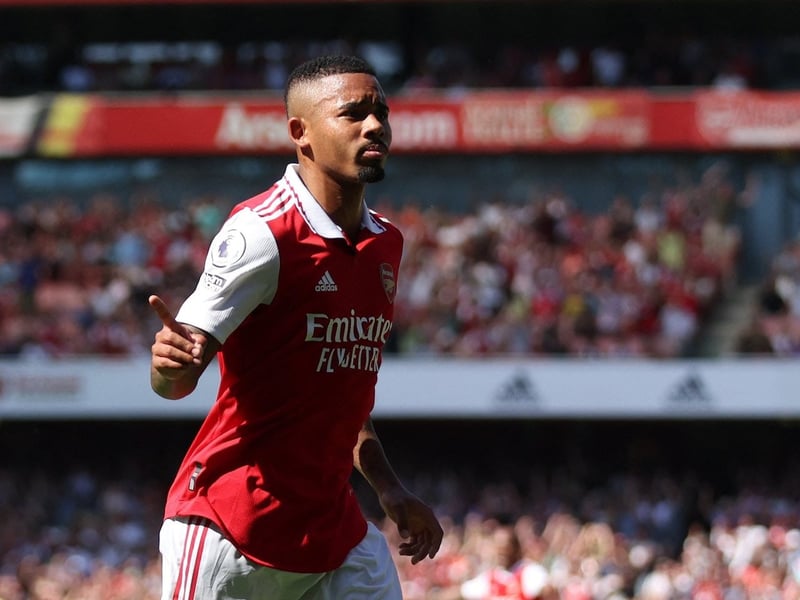 The Brazilian striker opened the scoring with a sumptuous curler in the 18-yard box after exchanging passes with Granit Xhaka.

He added the second goal with a header at the near post to put Arsenal clear in the first half.

Leicester City were awarded a penalty in the first half before it was overturned by the referee after he consulted the VAR.

Leicester City goalkeeper Danny Ward denied Gabriel Jesus twice before the end of the first half.

William Saliba scored an own goal to reduce the deficit for Leicester City in the 53rd minute.

Granit Xhaka quickly restored Arsenal's two-goal advantage after Danny Ward fumbled a cross to present him with an empty net to tap in.

Substitute Kelechi Iheanacho played in James Maddison as he finished in between the legs of Ramsdale to make it 3-2 in the 74th minute.

The Gunners will hope to maintain their impressive start when they visit newly-promoted Bournemouth next week.