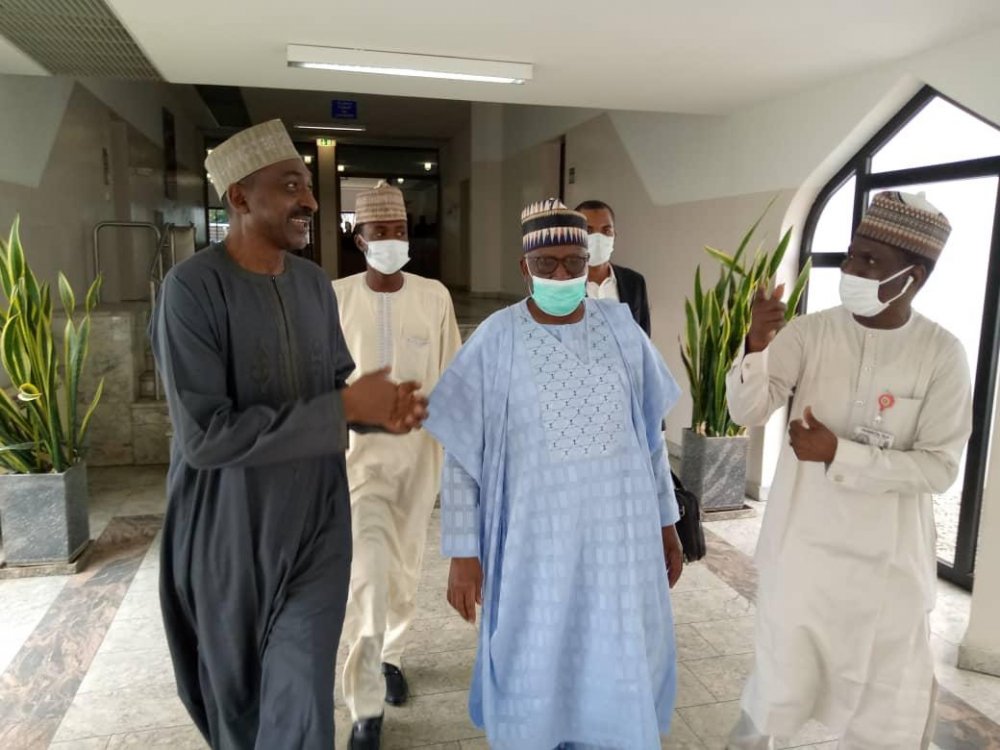 United States-based lecturer with sources inside the Aso Rock Villa, Prof. Farooq Kperogi has again come up with claims of the goings-on in Nigeria's seat of power, particularly as it pertains to the recently appointed Chief of Staff to President Muhammadu Buhari, Prof. Ibrahim Gambari, who was described as an “outsider on the inside”.

AllNews reports that Farooq Kperogi made the latest revelations in an opinion article published on his personal website on Saturday.

The Kwara State-born academic, who had alleged that Gambari’s linguistic “handicap” in the Hausa language would ensure that he isn’t sufficiently close to Buhari, has now claimed that the new Chief of Staff doesn't have direct access to his boss, but is "only the public face of the office— with some legroom to do the most obvious official requirements of his job".

He explained that evidence of this has emerged as his attention was drawn to a national daily’s exclusive report published this week which detailed the behind-the-scenes manoeuvres that resulted in the firing of the Managing Director of the Transmission Company of Nigeria by the name of Usman Gur Mohammed.

He pointed out that a telling paragraph in that story reads: “The Special Assistant to the President (President Secretariat), Sabi’u Yusuf, the same day, wrote a letter referenced PRES/65-I/COS/3/750, addressed to the CoS, Prof. Gambari, conveying Buhari’s approval of his earlier memo.” The professor then went on to posit that “unlike Abba Kyari who had a direct access to Buhari and whom Buhari said all ministers should meet if they wanted anything from him, Gambari has an intermediary between him and Buhari. And it isn’t just any intermediary; the intermediary is Buhari’s blood relative”.

Kperogi then asserted that “the real Chief of Staff to Buhari is Sabi’u “Tunde” Yusuf (of course, acting on Mamman Daura’s behalf)” and referred to his November 23, 2019 column where he wrote the following about Sabi’u Yusuf: “Sabiu ‘Tunde’ Yusuf. He is Buhari’s Private Secretary. Don’t be deceived by the 'Tunde' in his name. It’s just a nickname, probably inspired by Tunde Idiagbon, Buhari’s deputy when he was a military dictator. Sabiu is the son of Mamman Daura’s full biological sister by the name of Hajia Halima (more popularly known as 'Hajja Madam' in Daura) who died last year. As you should know by now, Mamman Daura’s sister is Buhari’s niece since their father (Dauda Daura) is Buhari’s much older half-brother.”

“Sabiu, who is in his 30s, is one of the most powerful people in Nigeria today. He determines who sees and who doesn’t see Buhari. Only Mamman Daura and Abba Kyari can overrule him. By several accounts, he is now a multi-billionaire, although he had no formal work experience before Buhari became president. He used to sell phone recharge cards in Daura until 2015!”

Writing on how Yusuf was purportedly made the actual Chief of Staff by the “owner of the regime, the columnist wrote: “What has happened after Abba Kyari’s death is that Mamman Daura, Buhari’s emotional and intellectual prop who actually “owns” this regime, has chosen to not share substantive power with any non-blood relative again. He got burned by Abba Kyari whom he introduced to Buhari many years ago.

“He also didn’t trust Babagana Kingibe, a member of the cabal, to succeed Abba Kyari because of Kingibe’s well-earned notoriety for treachery. Isa Funtua, another member of the cabal, publicly said the office of the Chief of Staff to the President was beneath him. I doubt that Mamman Daura would have supported Funtua’s aspiration even if he desired the position because Funtua’s linguistic and geo-cultural affinities with Buhari might cause him to get as close to Buhari as Abba Kyari was.”