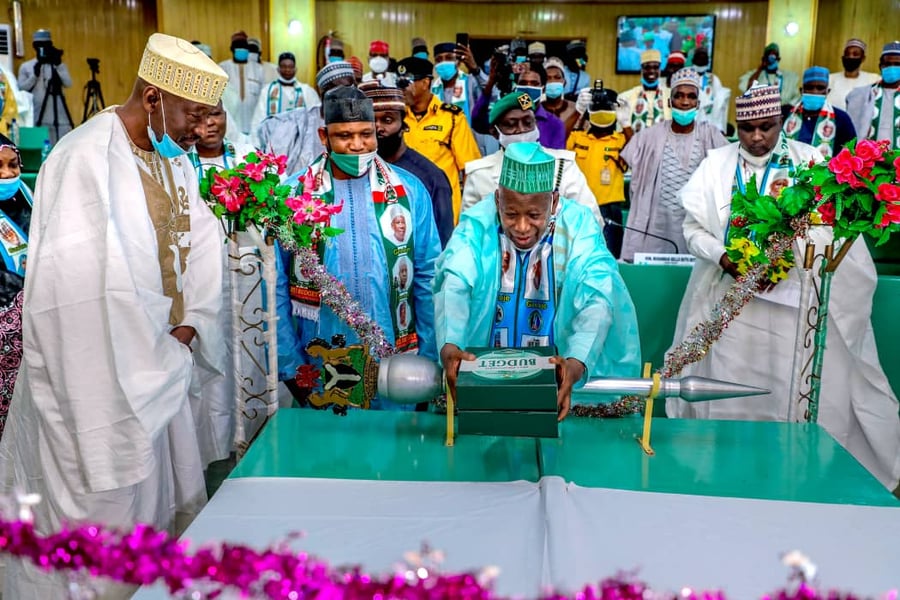 Governor Abdullahi Ganduje of Kano State has sent an N33. 8 billion 2021 supplementary budget to the House of Assembly for deliberation and subsequent approval.

His request was read at the plenary in Kano on Tuesday, by the Speaker, Alhaji Hamisu Chidari.

He said that with the supplementary budget of N33 billion, the total budget size for 2021 now stands at N 231.7 billion.

Ganduje explained that the request was dictated by the need to shape the purpose of the budget to deliver on its objectives and also to complete priority projects.

According to the letter, the supplementary budget will be funded from internally generated revenues and other relevant sources applied by the government to fund budgets.

The house then unanimously agreed to commit the supplementary/amendment budget/ 2021 for legislative action at the next adjourned plenary sitting.

Meanwhile, the house has constituted a committee to look into alleged exorbitant charges paid by students of the  Kano State School of Health Technology and payments of dues to the school without issuing receipts.

The lawmakers argued that students of the institution had decried the irregular payments of dues to the school without being issued receipts.

The house unanimously agreed and set up an eight-member committee to investigate and submit their report to the house within two weeks.