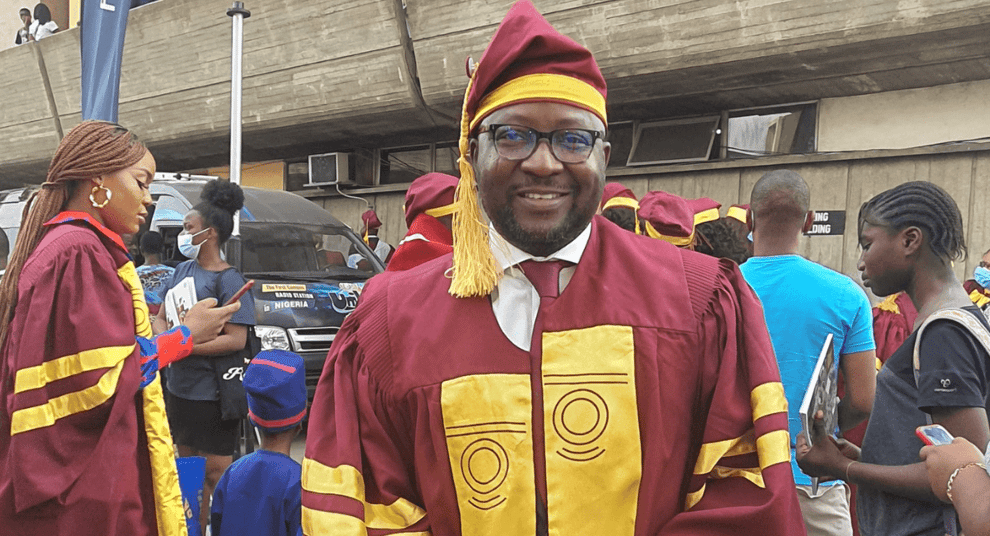 Akosile, a renowned journalist and Public Relations practitioner for almost three decades bagged a Masters of Arts in Theatre Arts from the prestigious University of Lagos (UNILAG).

He was among the postgraduate students who took part in the University of Lagos Convocation ceremony held at the institution on Thursday, January 20.

Akosile via his Twitter handle revealed that it took him 25 years to achieve the Master of Arts degree in Theatre Arts, which is his third Master's degree.

"It has taken me 25 years to achieve this. The journey began immediately after my first degree at the University of Ilorin when I sought and got admitted to study for MA (Theatre Arts) at the University of Ibadan, but we had barely settled into the first semester when I got a job as a Reporter at Channels Television.

"I had a choice to make. After considering many factors, I deferred the admission but never went back to complete the programme. 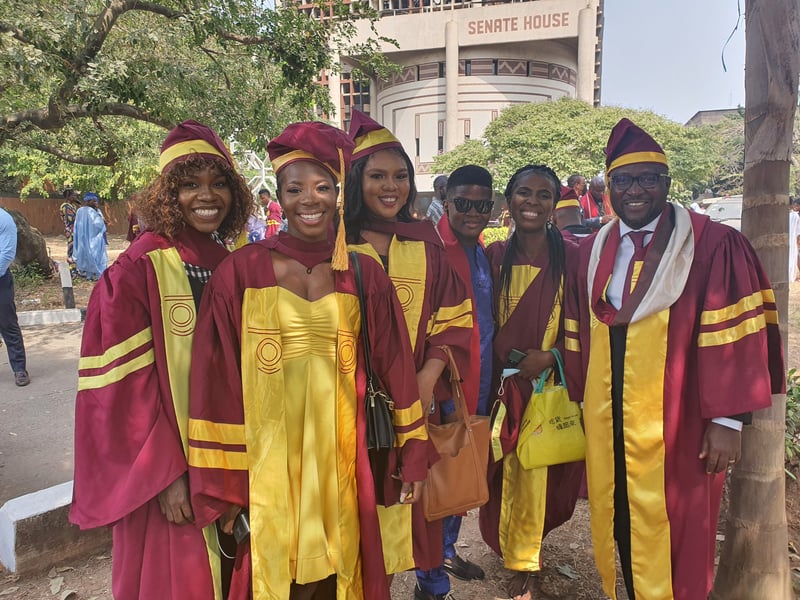 Gboyega Akosile with collegues at UNILAG

"As each year passed, it kept haunting me, like a man who had a big debt to repay. I actually considered it a debt owed myself, which must be paid.

"I had gone ahead to study for other Master's degrees including Communication Studies and MBA. But the thought of completing my 'rested' M.A programme never departed my mind.

"In 2018, I decided that I must go back to complete it so I could 'rest' the thought. I took up the gauntlet, knowing how challenging it would be considering my new job, registered for, studied hard, burned candles, wrote exams, presented several seminar papers, and today, the Senate of the University of Lagos found me worthy as a recipient of their certificate as Master of Arts degree in Theatre Arts", he wrote on his Twitter account.

Akosile commended his principal, Governor Sanwo-Olu "for being such a wonderful, peaceful and motivating leader." and for showing a lot of understanding during the Master's degree programme.

Sanwo-Olu's media aide also appreciated his immediate family, especially his wife, "for allowing me to study in those long nights alone and children for their moral support."