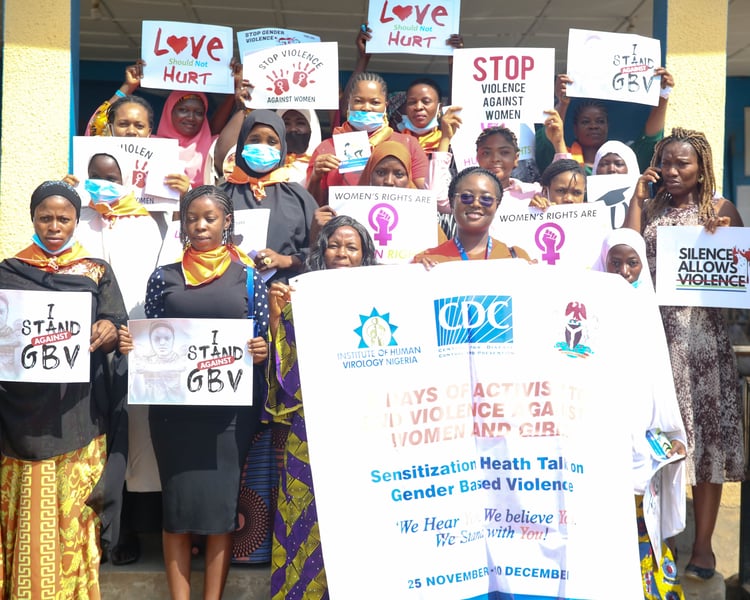 Alaba Ehindero, the Chairperson, AACSGBV, Oyo State, said the campaign was organised to commemorate the United Nations' 16 days of Activism Against Gender-Based Violence from November 25 to December 10.

Ehindero said that some people hid under the present economic situations in the country to subject their children to early marriage, child trafficking, forced labour and other unfair treatment.

According to her, AACSGBV seeks to create an effective response that promotes human rights, reduces inequality and mitigates all forms of sexual and gender-based violence.

“The mission of the AACSGBV is to rehabilitate and provide adequate care and support services to vulnerable persons and survivors of sexual and gender-based violence.

“People should be aware that there are laws in Oyo State against all forms of sexual and gender-based violence and we are ready to let the law have its way on anybody found guilty of family-based violence in the state,” Ehindero said.

Tajudeen Are, a driver at Ojoo Bus Terminal, Ibadan, said that the sensitisation programme had increased the knowledge of the drivers at the motor park about types of sexual and gender-based violence and the punishment attached to them.