Geopolitical Zones In Nigeria And Their State

Nigeria as the giant of Africa and the most populous black nation in the world is a Federal Republic that has 36 states and Abuja, which has the status of the Federal Capital Territory (FCT). The 36 states and the FCT are grouped into six geopolitical zones to make up Nigeria in totality.

These six geopolitical zones and states under them are carefully carved based on geographical location, similar ethnicity, economic activities and common political ideology.

Nigeria as a multi-ethnic country with over 519 languages needs to be properly managed under a controlled system and administrative division that is why the six zones were created during the regime of President General Sani Abacha.

The main ethnic groups in the north are Hausa and Fulani, and several other groups such as Kanuri in the North East. The Middle Belt has many smaller, differing but related groups. 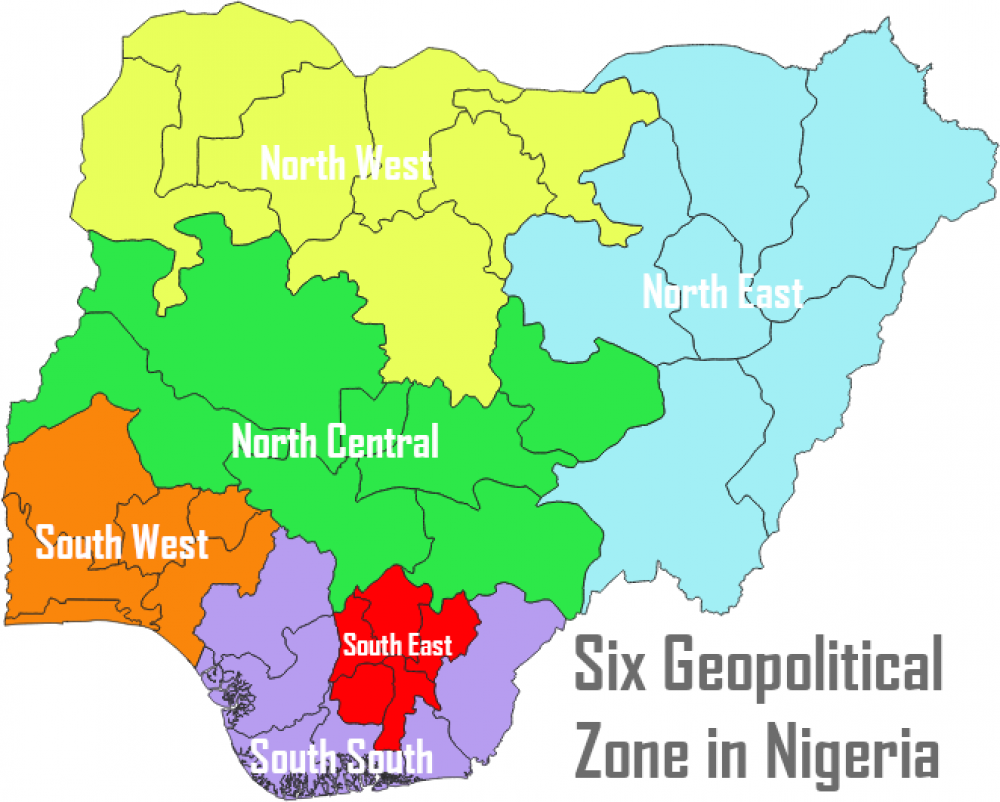 While Nigeria’s south is divided into a Yoruba-speaking region in the west and an Igbo-speaking area in the east. The main group in the Niger Delta are the Ijaw, although there are several other smaller ethnic groups in the zones.

How Many Geopolitical Zones Are In Nigeria And Their States? 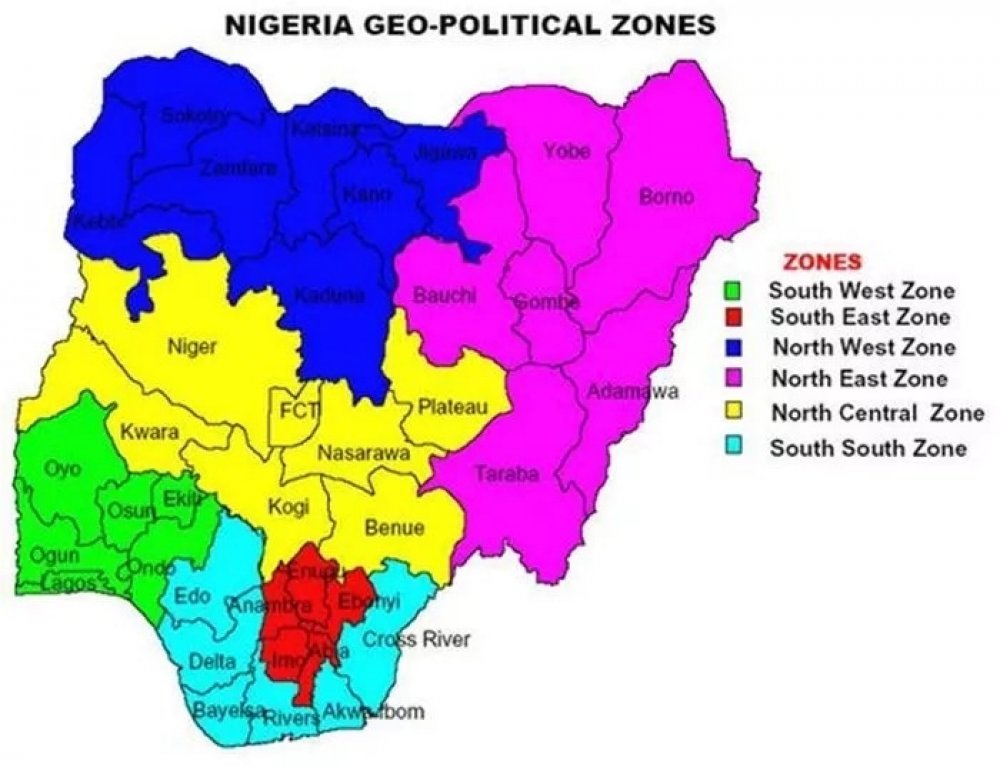 There are six geopolitical zones in Nigeria with each zone having similarities in ethnicity and culture amongst the states, there are also 774 local governments areas spread across these zones. 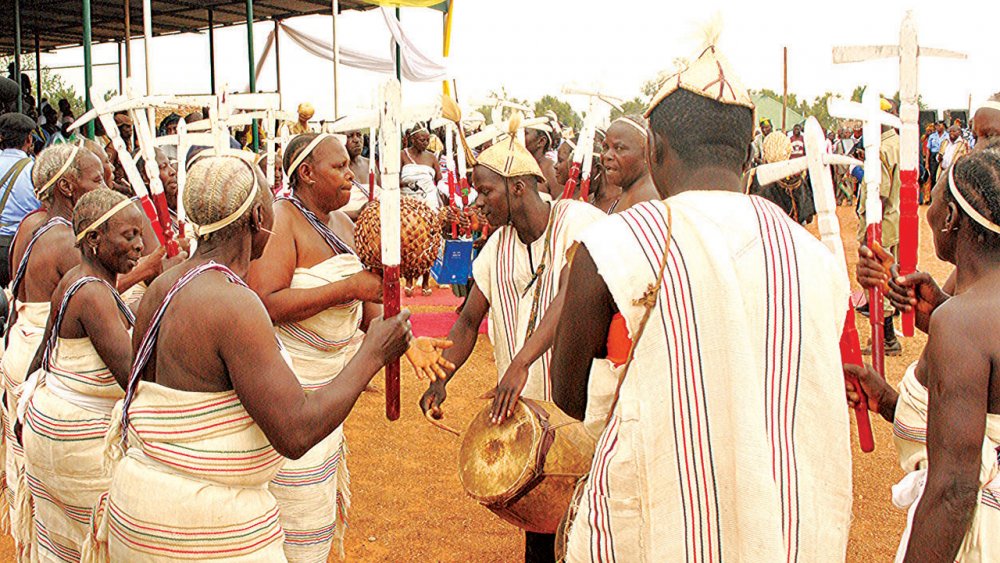 North Central is the home to the seat of the Nigerian President, and it has 112 local government areas with a total land area of 235, 118 km. It is reputed to be the most diverse section of the country.

The foremost cities in the North Central zone are Abuja, Ilorin, Lafia, Jos, Lokoja, Minna and Makurdi and the ethnic groups that dominated this zone include Tiv, Nupe, Igala, Idoma, Mada-Eggon, Yoruba, Mangu, Berom, Gbagy, Gwandara amongst other tribes. 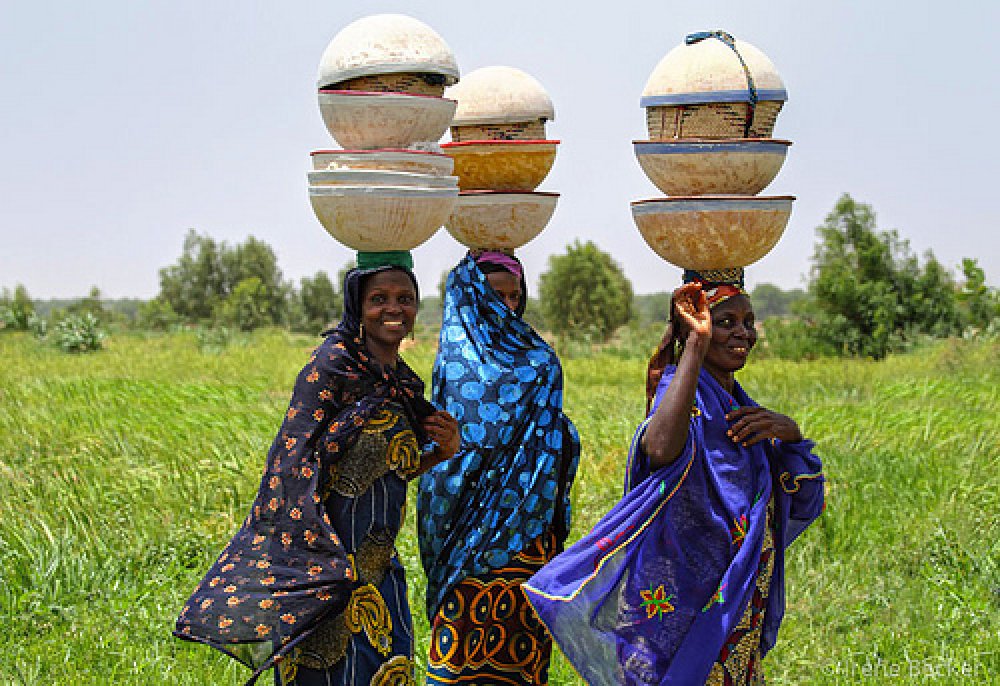 North-East is another geopolitical zone represented by six states in Nigeria and occupies slightly less than one-third of Nigeria's total area of land with a projected population of 23,558,674 or 13.5% of the country's population in 2011. In this geopolitical zone, Fulani is the major inhabitants of the zone with only Borno State's Kanuri people with more than 100 minority ethnic groups.

The North-Eastern states is a former administrative division of Nigeria that was created on 27 May 1967 with the capital city situated in Maiduguri.

READ ALSO: See States With Highest IGR In Nigeria In 2020 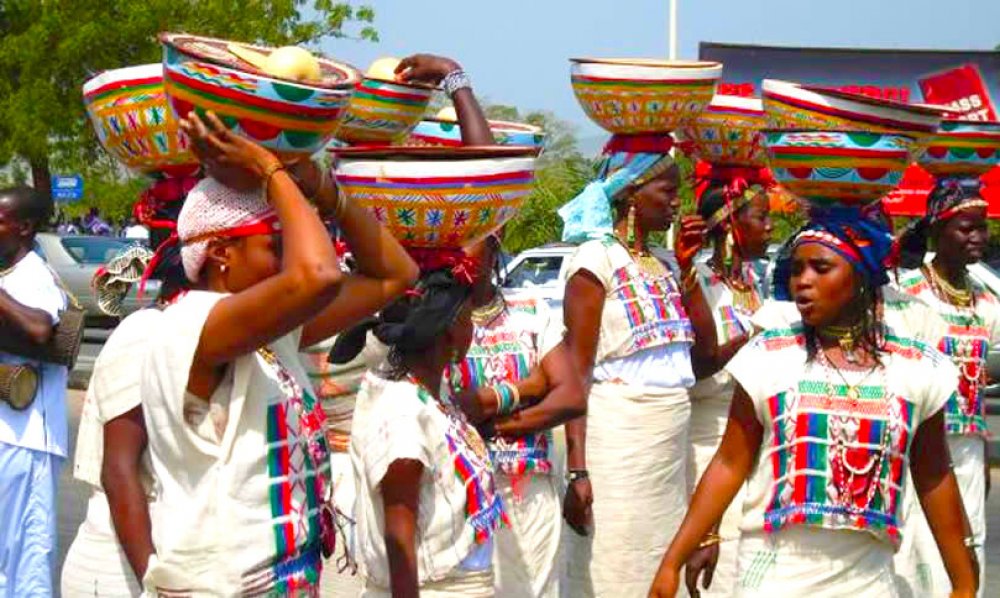 The state's cities are well known as Dutse, Birnin-Kebbi, Zaria, Gusau, Kastina, Sokoto, kano and Kaduna. The ethnic groups that domicile in the geopolitical zone are Kanuri, Hausa-Fulani, Maguzawa, Zara, Baju, Gbagyi, Zuru, Jabba, to mention a few. North-West is the most populated zone in the country. 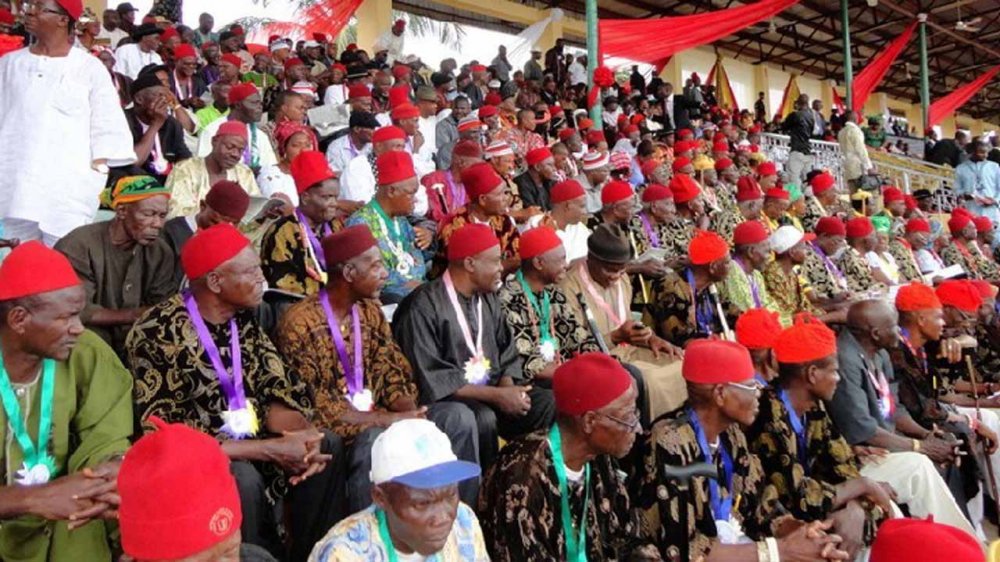 The South-East geopolitical zone formerly called Eastern Nigeria or East by Alex Ekwueme in the 1950s is represented with five states. This geopolitical zone shares a border with Cameroon to the east and the Atlantic Ocean to the south. It has 99.9% of the population of Igbo people in the states and the dominant language of the region is Igbo.

The topmost and the largest cities in the geopolitical zone is Onitsha, Owerri, Abakaliki, Aba, Enugu amongst other cities in the states. 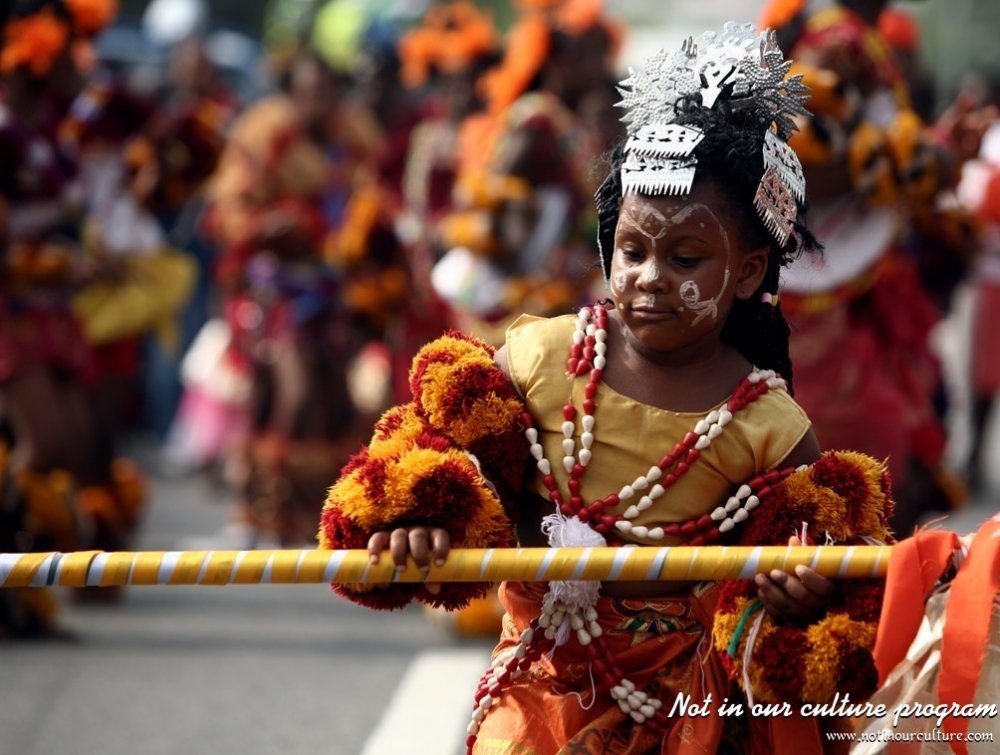 Looking for the geopolitical zone that provides the economic mainstream of the country, the South-South region is the zone. This zone is made up of six states created from both the Western and Eastern regions of Nigeria on 27 May 1967 under the regime of General Yakubu Gowon. 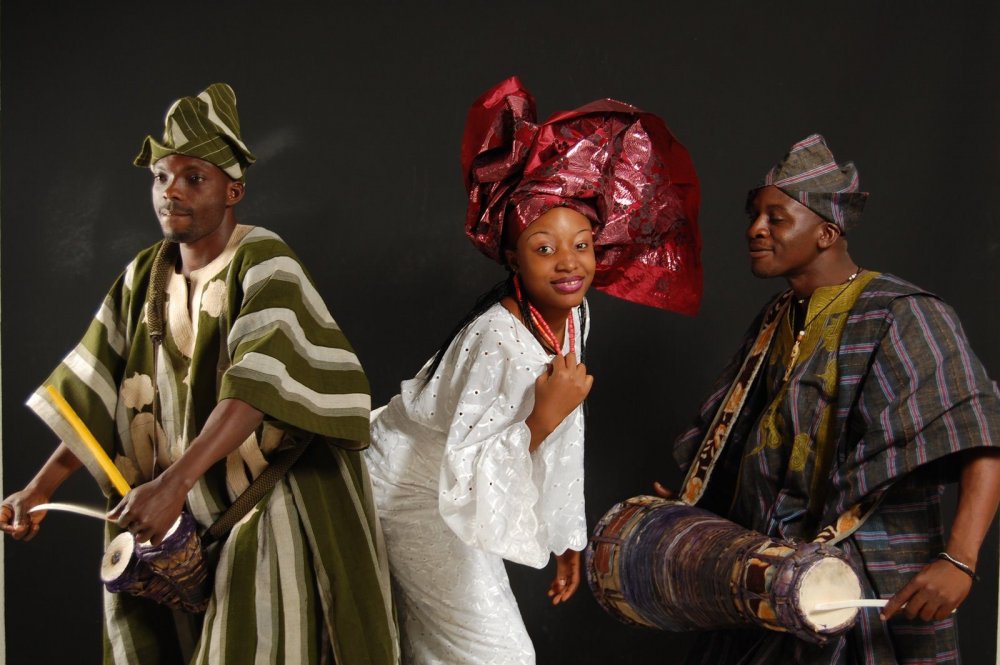 The South-West geopolitical zone is a majorly Yoruba speaking region that is made up of six states in Nigeria with multiple different dialects even within the same state.

The southwest zone official language is Yoruba in diversity and arguably one of the most educated geopolitical zones in the country, with Ekiti reputed to have the highest number of professors in the country.

The common religion practised in this geopolitical zone includes Christianity, Islamic, and Traditionalist and the top cities of the zone are Lagos, Ibadan, Abeokuta, Ado-Ekiti, Osogbo, Ogbomoso and Akure.

The Six Geopolitical Zones In Nigeria And Their Economic Activities 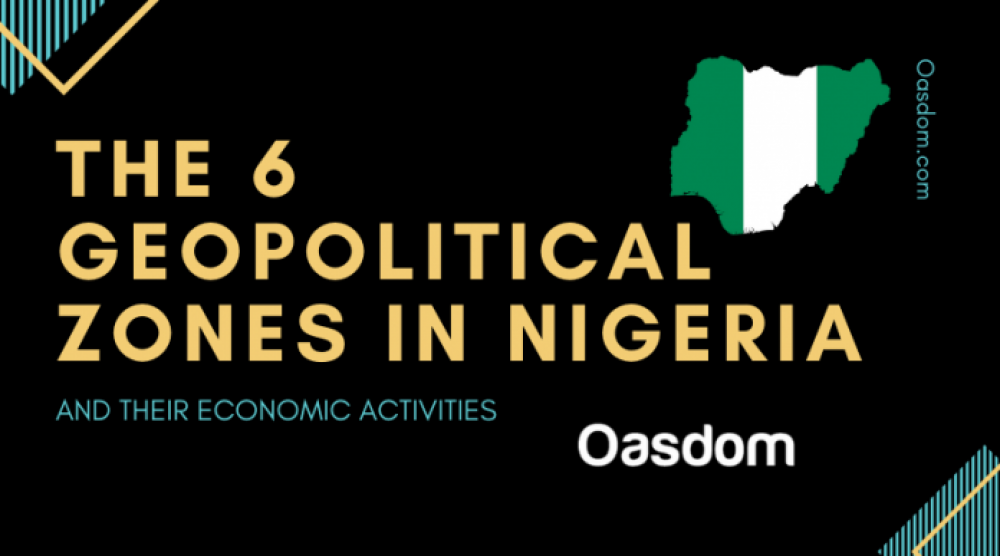 The six geopolitical zones in Nigeria contribute immensely to the growth of the country by making Nigeria economic activities boom in different segments such as agriculture, mining, transport, oil, tourism, and more.

The key economic activities in the South-East zone are agriculture, commercial fishing and forest products industries. Also, Iron, glass, steel, and many chemicals such as shampoos, paints, and medicines are manufactured in the Northeast. The natural resources of the South-East zone include corn, apples, milk, birds, cranberries, potatoes, blueberries, soil and evergreen tree.

The south-south zone is undeniably one of the largest producers of oil and gas in the country and the economic activity of this zone includes farming, fishery, and lumbering.

The North-West geopolitical zone key economic activities are cattle, agriculture, commerce, livestock rearing and mining. The zone is also rich in gold, coal, tin, semi-precious stones. The northern part of the country is widely known for its farm production of tomatoes, onion, potatoes, flax and groundnut.