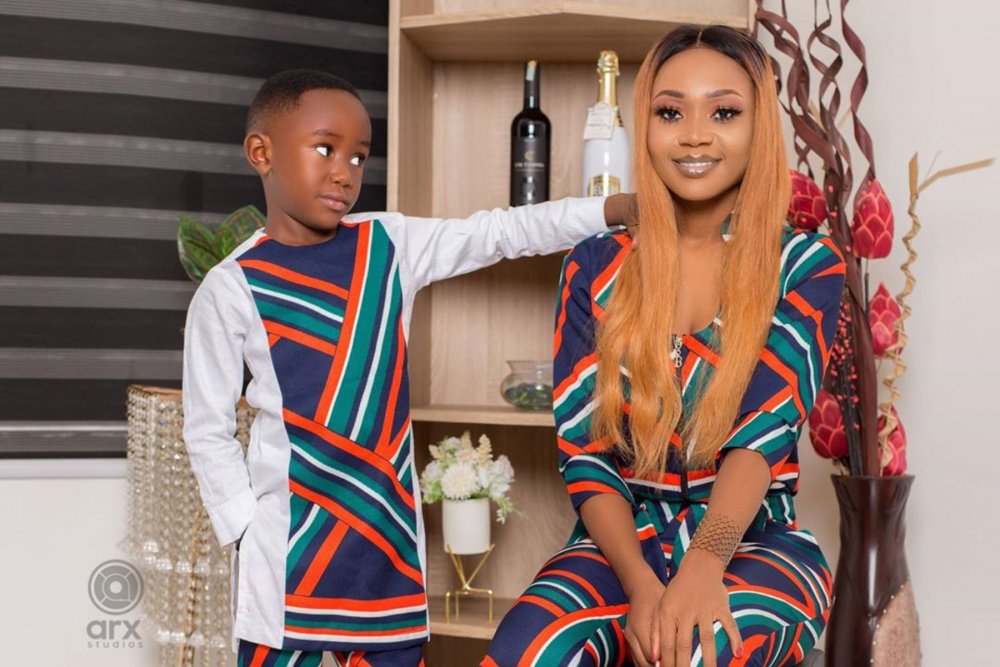 The police in Ghana have arrested actress, Rosemond Alade Brown, also known as Akuapem Poloo, for posing nude in a photoshoot with her son.

AllNews reports that Akuapem Poloo stirred reactions on the social media community on June 30, after posing nude with her 7-year-old son to mark his birthday.

In the picture, she posed nude while squatting, with her son standing right in her front with underwear.

Justifying her action in the caption, she wrote “I’m naked in front of you because this is how naked I was giving birth to you, so in case you find me naked lying somewhere don’t pass by me but rather see me as your mom who brought you to life. Happy birthday to you @sonof_poloo”

However, reports say she has been picked up by the operatives of Ghana’s Criminal Investigations Department (CID) and was sent to the headquarters of the Domestic Violence and Victim Support Unit.

“As a child rights organisation, we deem this act as a violation of the Welfare Principle of the Children’s Act and abuse of the child’s rights to privacy and dignity. We wish to notify your esteemed office to investigate the taking of the said images and its circulation”

“What I was saying was that, no matter how naked you see your parent, don’t run away from them. Get close to them and cloth them.”