Ghosts of America, Adamawa – and Kaduna By Lasisi Olagunju 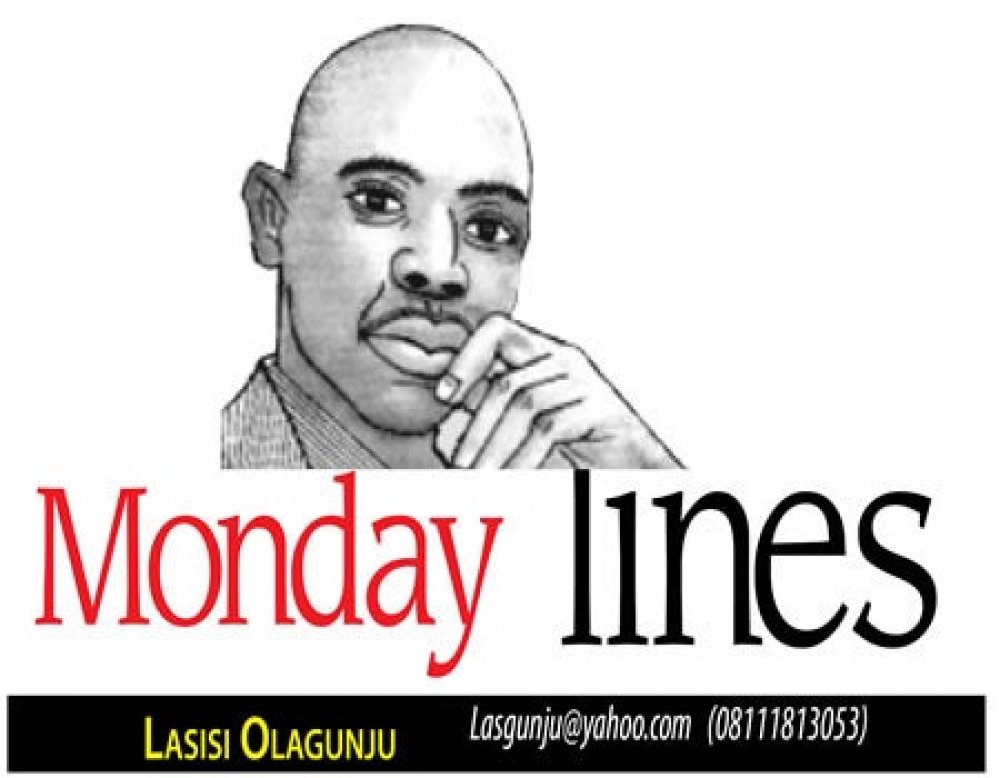 Deep in the night of last week Wednesday, something happened in Adamawa. Three truckloads of 186 unkempt young men arrived in that state from Lagos. They were not welcome. “When we reached here, the military stopped us and we didn’t know their reason for doing that. We arrived at 11.00 p.m. and now it is 11.00 a.m. (on Thursday) and there is no telling when we will be released,” one of them told a journalist at the scene.

Their presence, and of several others elsewhere, raised red flags in sensitive places. The system appeared telling them to hold on and let the night soak their frustrated souls. In Lagos, their subsistence was rooted in okada business which has now gone with the winds of sanity. Their passage into their state was not smooth because the innocence of their exit had died in Lagos. The motorcycle trade they plied in Lagos is illegal in Adamawa, an unfortunate host of terrorists of the worst strain. Police said those returnees were aware of the existence of a law banning the private use of motorcycles and for commercial purposes. But they came squeezed among about a hundred motorcycles. Their problem is not just with the law. The issue is: when an earthworm moves like a snake, it is given the snake treatment.

So, if these returnees' Adamawa home does not trust and want them, why should alert Lagos take and house them? Zulu king, Emperor Shaka, famously warned his people to “never leave an enemy behind, or it will rise again to fly at your throat.” My people also talk of the consequences of tucking slithery enemies inside one's wrapper. Every wavy, serpentine figure must be a snake and should be so treated. All victims of snake bites think like Shakespeare's Brutus who pensively holds that serpents deserve to die in “the shell.” To Brutus, “a serpent's egg,” when “hatch'd would as its kind grow mischievous...”  Mischief is danger - and death - in this season of anomic terror.

The civilian population in our North-East has seen too much of the snakes of Boko Haram to trust any creepy crowd. The South is learning from their fears and tears. A report quoted those it described as “concerned residents” of Adamawa State as saying that they were “scared of the jobless youths from Lagos who fall within the age bracket of 25-35 and who had returned home to be doing nothing and who could be a serious security threat to the state and the people.” The returnees had to be flagged, thoroughly screened and identified one by one before they were allowed into their homes late Thursday morning. Misfortune is when the world outside flogs a child and he runs home to meet a locked gate.

A child should not be afraid of his father's house. But a father's courtyard may be coy at embracing children with alien heads. Terrorism, its allure and unpredictability – and its predictable savagery, have combined to kill trust in our corner of humanity. The innocent among these young men who are escaping the death of their northern homes are very unwanted everywhere else. So, where will they go? Something is coming very soon; what it is, I don't know. But we cannot have the huge dispersal of the youths as we have in the North and expect to sleep with two eyes closed. No. We all know that there is a war going on everywhere in Nigeria. And this is not just the never-ending war between good and evil. There is the other war between the night of hopelessness and Nigeria's forest of the heartless. My people would look up today's precarious contest for space and existence and say in the solemn language of their ancestors: “the forest is very dark; the night is very dark. The darkness of the night will soon conquer that of the forest.” (Igbo biribiri; okunkun biribiri; okunkun ni yio s'ete igbo).

It appears very clear now that Nigeria has driven its social vehicles into a total gridlock. In the traffic bedlam are combustible tankers. We are all there, involved. Let us pray.

Beyond Adamawa, I also think I should dwell on lessons for our politicians from abroad, from the United States' politics of impeachment and acquittal. Senator Mitt Romney was the man of the Trump trial moment at the US Senate. I should write that he cast the pacesetting lone defecting vote against his party and damned all consequences. “I don't have the capacity to ignore my conscience. I don't have the capacity to say that what is wrong is right,” he told his interviewer as he vowed to “do what is right and let the consequences follow.” I wanted to say that Nigerian senators should go meet him and be taught some good sense. But just this moment, I remember that it is actually the American who needs to come here to learn how democracy works.

When the United States Congress initially impeached President Donald Trump, a friend told me if it were in Nigeria, two things would have happened: the opposition Peoples Democratic Party (PDP) legislators would have taken bribes from the president and given him a clean bill of health. Next would be the ruling APC lawmakers asking the president for 'support.' Next would be firmly girding the president with battalions of state-trained, state-funded thugs to supervise the abortion of the process. One or more of the lawmakers would gracefully stroke the moustache of the law, stroll into the chambers with hired roughnecks, casually take the mace and smash it on the stubborn head of Speaker Nancy Pelosi. That would have ended the matter. Or their senior brothers in the Senate may beg them not to eat alone. They would ask the House to pass the juicy process to them for their own squeeze. Then the senators, across party lines, would demand and take millions from ultra-rich Trump and millions from his opulent enemies – and then split their votes. Chief Justice John Roberts Jr. who presided over the impeachment trial would, by now, be in his strong room counting his gold coins, gains from a very bounteous harvest. After all, the butcher should not have any regard for the breed of the beast. That is the system we run.

Romney voted for the sack of Trump and then rushed home to explain why he did what he did. Why did he have to explain anything to anyone? “Yeah, it's going to get very lonely,” he told Fox News' Chris Wallace. “And again, the consequences are significant.” And what consequences was he talking about? The worst fear he can nurse is his rejection by his party. If that happens, tell him to cross to the Democrats. We do that in Nigeria; it is the next sensible thing to do. And what if his conservative constituency in Utah is made to attempt to reject him in the next election? Here, there are no fears; fear is dead – except he is a chop-alone fool. If he needs to rush home at all, it is to host a thanksgiving service, pay his tithe to the godfather and hand out dividend envelopes to smaller investors in his political business. There are no consequences anywhere here.

But from the Presidential Villa, consequences would be mailed to Speaker Pelosi for all she did. She is a witch, a grisly eater of liver, head and heart in a bowl of blood. Her election into the Congress would be revisited. A member of her Democratic Party would go to court to challenge her nomination; a federal judge with questionable assets is there to try the case. A judgment should be ready, ex parte, tomorrow, annulling the entire process that made her a lawmaker. She would be alone and lonely. When you slaughter a stubborn pig right there in a pigsty, others would learn to be calm and sorry.

I want to go on drawing lessons from what the American system went through with the Trump impeachment process. But then, there are more urgent lessons to learn from the misfortune of being a Nigerian. Our police force announced the killing of 250 terrorists in Kaduna last week. Nigeria's children of doubts are demanding proofs that the killed were not ghostly, ethereal beings with unseen bodies. And the police appeared to be ready with an ingenious answer: the terrorists buried their dead before daybreak. Didn't American writer, poet and literary critic, Catherynne Valente tell her readers to trust only in a witch when they require miracles? Those Kaduna terrorists who buried 250 corpses in one short night are machine-spirits, spooks from the world of witches and wizards.