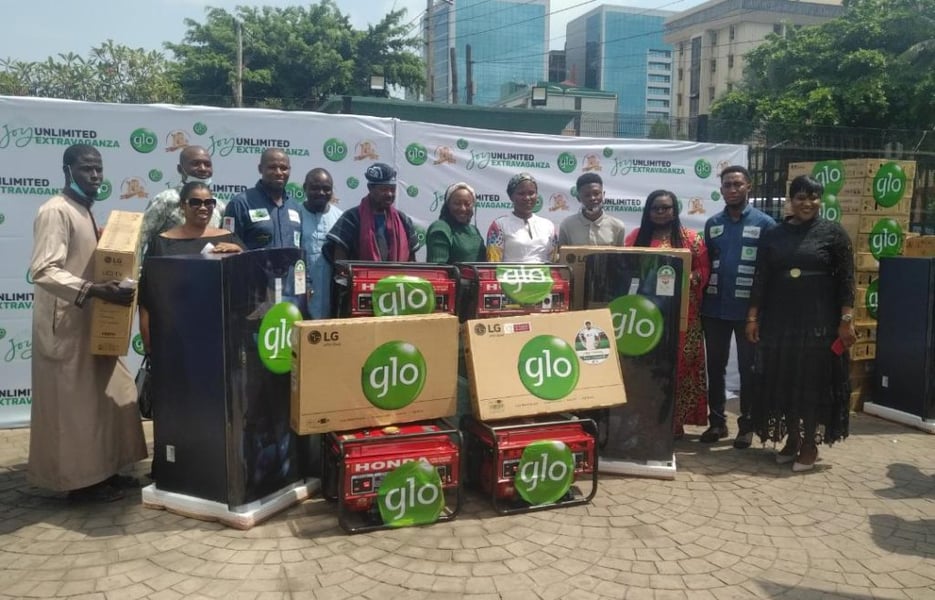 Globacom Nigeria on Thursday rewarded over 100 subscribers, the first set of winners of the ‘Joy Unlimited Extravaganza‘ promo with home appliances in Lagos.

The chairman of Globacom, Mike Adenuga Jnr., said at the event that over 500,000 prizes would be won in fulfillment of the pledge made by the company to bring joy unlimited to its subscribers during the yuletide.

Adenuga, who was represented by a staff of Globacom, Abdulrazak Anderson, said that the promo was also in fulfillment of the company’s determination to add value to the lives of subscribers.

About 100 subscribers were presented with items such as television sets, refrigerators and generators during the draw in Lagos.

Adenuga said subscribers in other parts of the country would be rewarded during similar events on Nov. 25 in Enugu; Dec. 2 in Ibadan; Dec. 9 in Port Harcourt and Dec. 16 in Abuja before moving to Jos, Akure, Asaba, Kano among others.

According to him, in Joy Unlimited  Extravaganza  Promo, N500 recharge qualifies subscribers for the weekly draws and gives them a chance to win any of the 100 home appliances.

He added that N2,000 recharge in 12 calendar months qualified subscribers for a draw for five saloon cars.

He said in total, 500,000 prizes would be won by subscribers in the promo to empower Nigerians through the promo and other initiatives.

One of the winners at the Lagos event, Stella Uzogara, a teacher, who won a refrigerator, expressed her gratitude to Globacom, saying it was a pleasant surprise coming during the Yuletide season.

A representative of the National Lottery Regulatory Commission, Priscilia Onuzuru, said it was on record that Globacom had conducted several draws and was never found wanting.

Onuzuru, while congratulating the winners, said the commission would be there to make sure winners went home with their prizes.