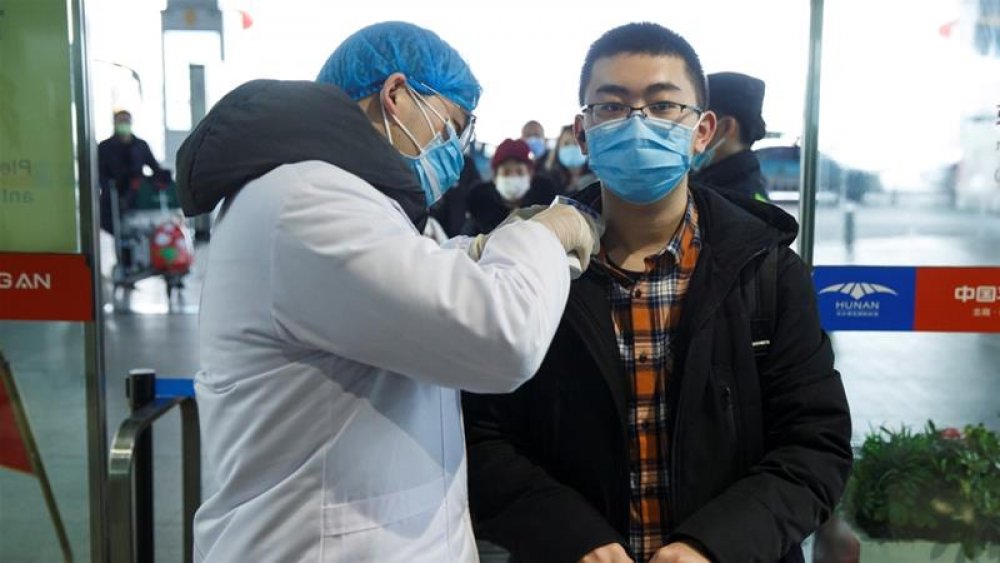 Financial markets around the world crashed Monday and a swathe of northern Italy was sealed off as authorities struggled to contain the spread and impact of the deadly .

An area home to a quarter of Italy’s population was effectively shuttered — including Milan and Venice — mimicking a lockdown at the disease’s in China.

Tens of millions of people are now in virtual quarantine worldwide, but there are fears that the disease will spread further and that disruptions could force several economies into recession.

Asian stock markets were gripped with fear as the trading week opened with some of the heaviest falls since the global financial crisis.

Equity markets fell more than five percent in Tokyo and 7.3 percent Sydney, wiping hundreds of billions of US dollars off the value of companies and compounding weeks of losses.

Already 110,000 people in 99 countries and territories have been infected with the virus, and many more have seen daily life disrupted by school closures, runs on basic household goods and travel restrictions.

Italy’s lockdown will see setting up controls at train stations, stopping all cars on main roads in and out, flights from Milan suspended and penalties of three months in jail or a 206 euro ($233) fine for flouting the rules.

The are mounting concerns that the United States — the world’s largest and most connected — could be the next COVID-19 hotspot.

At least 21 people have died in the United States and the number of cases soared past 500 Sunday, affecting 30 of the country’s 50 states.

A string of Republican politicians reported they were among those who may have come into contact with the disease — including former presidential candidate Ted Cruz and party operative Matt Schlapp, who has been in recent contact with President Donald Trump.

Cruz revealed he had shaken hands at a conservative conference in Washington with a person who later tested positive.

“I have decided to remain at my home in Texas this week, until a full 14 days have passed,” he wrote on Facebook, adding he had no symptoms.

‘Perfectly coordinated’
The surge in US cases came as Trump’s administration appeared divided on what to do with a corona-hit cruise ship stuck off the California coast.

The Grand Princess, which has 21 confirmed novel infections among 3,500 people on board, is due to dock in Oakland on Monday. Trump has argued they should stay on the ship.

Cabinet Secretary Ben Carson said a plan would be in place by the time the ship docks, but refused to say what it was.

Trump, who has been accused of peddling misinformation on the outbreak, blamed the media for trying to make his government “look bad”.

“We have a perfectly coordinated and fine tuned plan the White House for our attack on ,” he tweeted.

“Market fear hasn’t been helped by concerns that the US has been slow to respond to the crisis,” they told clients, “with a slow of preventative measures, a lack of transparency around containment policy, and what appears to be poor public health communication.”

A report from the UN Conference on Trade, Investment and Development warned that the virus spread could hit foreign direct investments worldwide by as much as 15 percent as international business reels.

Several central banks have already intervened to prop up faltering economies and there are growing calls for governments to step in with substantial fiscal stimulus.

In China and South Korea there were some signs that the peak of the epidemics there may have been reached.

China said it had closed most of the makeshift hospitals opened to receive patients in the epidemic’s around Wuhan as the number of new infections in the country hit a record low.

There were 40 new cases nationwide, the National Health Commission said, the lowest number of fresh cases since it started reporting the data in January.

China has seen of the global cases, but Beijing has been keen to showcase its handling of the crisis to help authoritarian Communist Party rule.

South Korea, which has one of the largest totals outside China, reported its smallest daily rise in cases for two weeks.

A total of 248 cases on Sunday, the Korea Centers for Disease Control and Prevention (KCDC) said. The increase took its total to 7,382.