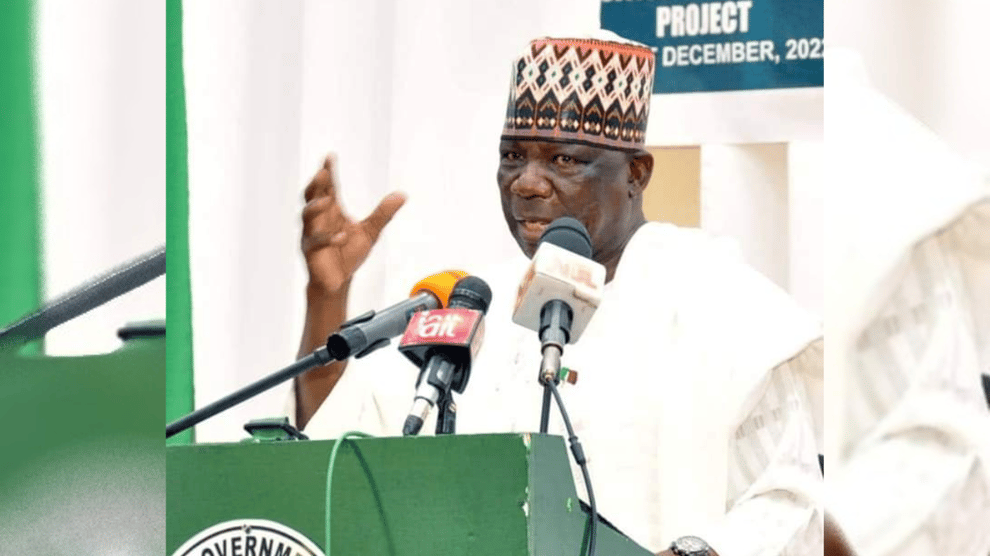 The Gombe State government has launched the Innovation, Development, and Effectiveness in the Acquisition of Skills (IDEAS) Project in a bid to tackle unemployment in the state.

The project is meant to harness innovative Ideas and create jobs for economic development.

The Project was launched alongside Innovation Grant Facility (IGF) by the World Bank at the Custodian Hotel in Gombe on Thursday.

While speaking at event, the Deputy Governor of the state, Manassah Daniel Jatau expressed optimism that the IDEAS Project when fully implemented in the state would build the capacity of the people to be self sufficient and self reliant.

"Having listened with keen interest to the address of the World Bank Education Specialist and the Project Coordinator on the concepts of the Project and the benefits derivable during and after the full implementation of the project, I am pleased and very comfortable because it is in consonance with the present administration policies of addressing youth restiveness and encouraging self-reliance as contained in the Ten Year Development Agenda for Gombe State (2021-2030) tagged "DEVAGOM".

Jatau added that he was without doubt that the project "is indeed apt, germane, crucial, necessary and inevitable in the face of the events and happenings in our nations.

"Accordingly, I really appreciate the Federal Government of Nigeria through the Federal Ministry of Education that designed this project to address some of the lingering issues in our societies more importantly among the teeming youths in our dear state.

"Basically these are among others, unemployment, lack of innovation and indeed non-functional education.

"All these have adverse consequences. on the society."

The deputy governor noted that ever since the governor Muhammadu Inuwa Yahaya-led administration came into power in 2019, noticed the decay in the education sector.

"This informed the declaration of the State of Emergency in the sector and the subsequent overcoming of some of these challenges with particular emphasis on the issues of innovations, invention and skill acquisition, the Government collaborated with relevant agencies of Government for example the Ministry of Humanitarian Affairs, Disaster Management and Social Development, Development Partners and other Government Parastatals such as the Industrial Training Fund (ITF) to ensure that our youths and women acquire skills that will impact positively on their welfare/standard of living," he added.

He further stated that the state government had established an Agricultural Entrepreneur Training Centre at Garin Tafida to improve agricultural outputs from farmers in the state.

Meanwhile, in her remarks, the state's Commissioner for Education, Dr Aishatu Umar Maigari described the project as a milestone for the state and federal governments in revamping the education sector.

"The IDEAS Project has enjoyed the support of His Excellency (Governor Yahaya) from conception to date.

"Barely three months on assumption of office, His Excellency provided fund for the accreditation and resource inspection of the State technical Colleges by NBTE, a pre-requisite for the IDEAS project.

"The IDEAS project is structured to harness and address Skill gaps at the Post-basic and informal sector.

"The need to address these skill gaps has become necessary and mandatory because most of the graduates produced from educational institutions in the country yearly are unable to secure employment in the labour market due to lack of acquisition of relevant skills that meet the demand of the industry," Maigari stated.