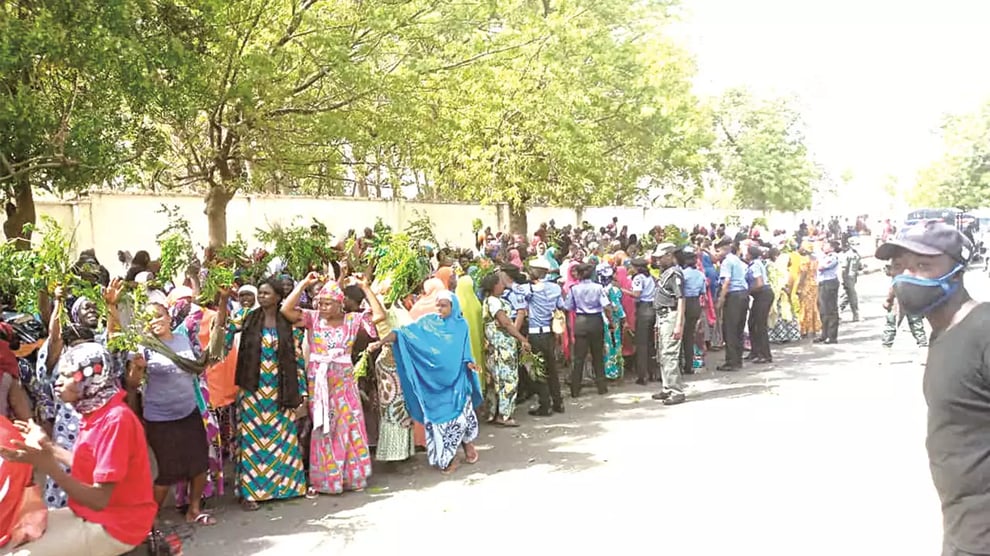 The Gombe State street sweepers under the tutelage of the Gombe State Environmental Protection Agency (GOSEPA) have protested the three-month non-payment of their salaries.

The peaceful protest was staged from the state metropolis to the government house.

Recall that in April, the Governor of Gombe state, Muhammadu Inuwa Yahaya had terminated the contract with INEX, a private firm running activities of cleaning the state.

Upon termination of the contract, the governor absorbed the workers through GOSEPA.

While protesting at the gate of the government house, the sweepers pleaded for his intervention, calling for payment of their salaries by the agency.

Responding to their plights, the General Manager of GOSEPA, Muhammad Ahmed Kumo explained that the delay was a result of administrative challenges.

He further assured them that the agency would address their plights.

Kumo added that the sweepers should expect their salaries within the next three days.