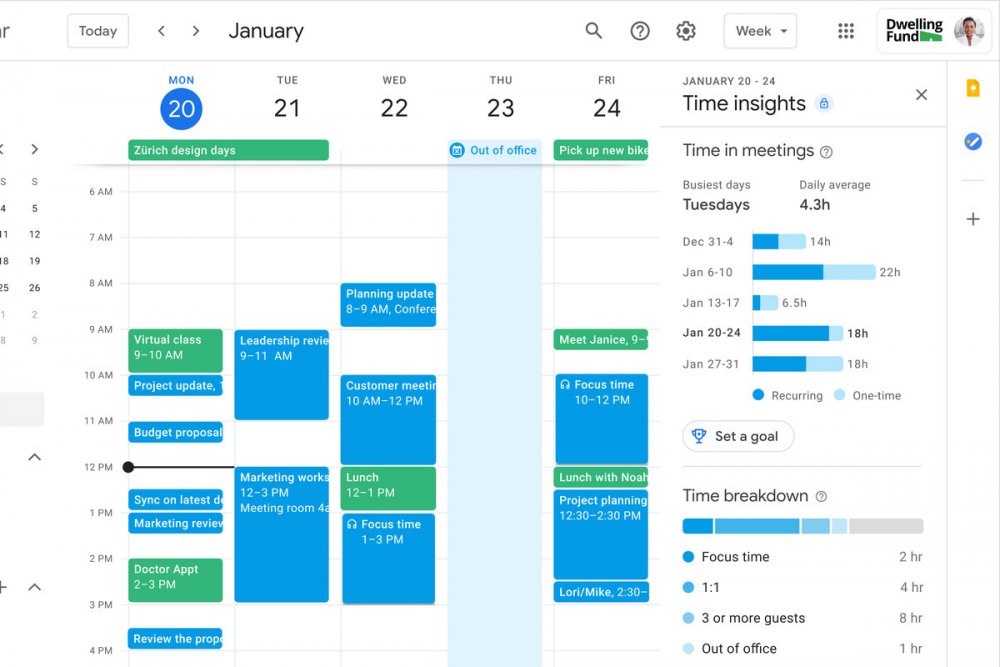 Google has added a new “Time insights” panel to Calendar on the web to shows users how much of their working week is spent in meetings.

According to Google’s blog post, the feature is rolling out gradually over the next month on select plans. It was first announced back in March as part of a raft of new features coming to Google Workspace.

Time Insights arrives a couple of years after both Google and Apple added similar breakdowns into Android and iOS respectively to show the amount of time spent using different apps. But while these OS features included the ability to set per-app time limits, Google Calendar won’t let you set similar boundaries on meetings. Instead, it provides you with the information you need to hopefully curb any meeting-obsessed colleagues.

Google shared a screenshot that shows what kind of insight the panel will provide. There is a “Time breakdown” at the up top of the pie chart, showing how much of your working hours are spent in meetings, which is subdivided into meeting between just two people, versus bigger groups of three or more.

Google notes in a support page that Calendar entries where you’re the only attendee don’t count towards these meeting totals.

Google maintains that “this information is visible to you, not your manager.” However, it adds that it might be possible to see another person’s breakdown if you have permission to manage their calendar. The feature will be on by default, and while it can be turned off by Workspace admins, it can only be minimized, not disabled, by end-users.