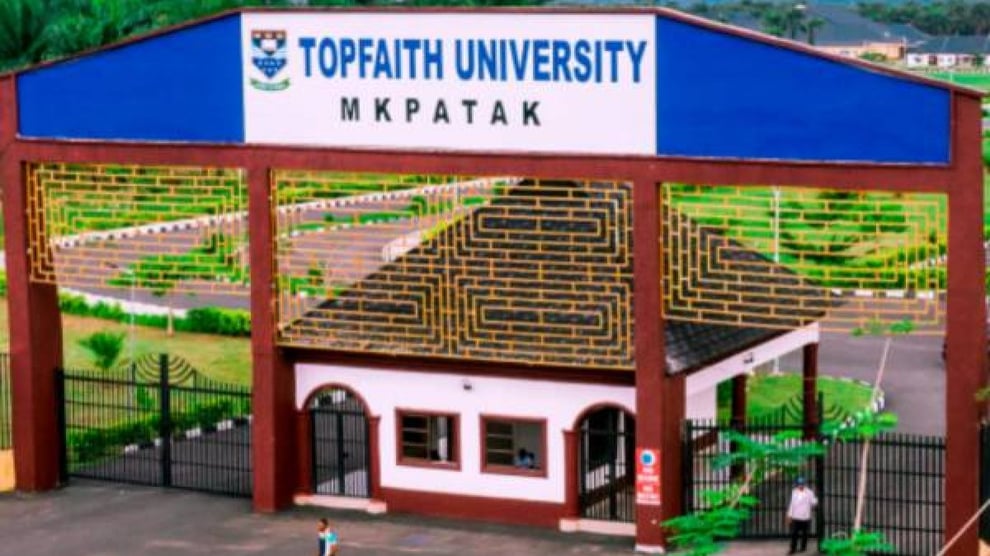 Akwa Ibom Governor Udom Emmanuel has advised the students of Topfaith University against exploring anti-social behaviours as they study.

The Governor in a statement released by the institution at its inauguration and first matriculation lauded the management of the university for the hard work, creativity, and prudence which has hastened its success.

Represented by Moses Ekpo, the state's Deputy Governor, Emmanuel said, “I charge you to replicate the values of the university in your daily lives.

“We (Akwa Ibom State Government) are ready to partner with your university and be part of this unfolding greatness. You must turn away from anti-social behaviour to explore your full potential for development.”

According to the statement, Edidem Inyang, the ruler of Onna Local Government Area was installed as the Vice-Chancellor of the university during the matriculation of the newly-admitted students into the four faculties available.

The chairman of the university’s Board of Trustees, Dr Emmanuel Abraham, also said the institution would help the students in discovering, developing and, utilising their talents.

The Udom Emmanuel Block of the institution's management and the Social Sciences Faculty were inaugurated during the matriculation.