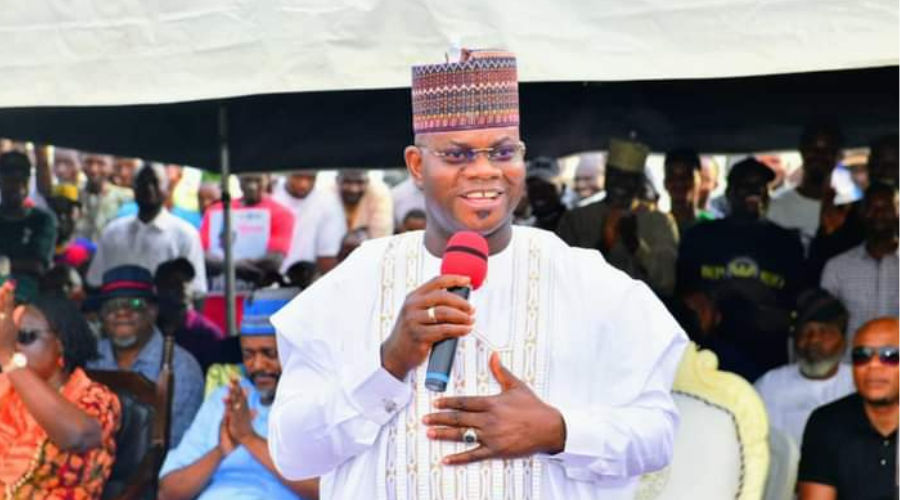 Kogi State governor, Yahaya Bello has stated that to lessen the burden of reliance on government resources there was the need to dissipate the myth of a civil servant state, by creating viable Micro Small and Medium businesses.

Bello made this known on Wednesday in his address at the unveiling of the Kogi MSME clinic during an organised Kogi State MSME workshop and exhibition in commemoration of the maiden edition of International MSME Day in Lokoja.

He noted that for far too long people have depended on the government as the main driver of the economy, hence the workforce remains over-bloated and the government overloaded with paying salaries, pensions, gratuity and other entitlements of civil service workers both at the state and Local government.

“The sad reality is that the government would need to deploy 80% of gross government income each month to pay the civil servants, yet they constitute less than 1.8 % of our population of 4.5 million people.”

He stressed that such an effort was both unsustainable and unwise.

He recalled that when he took office, there was no existing MSME eco system or hub much less a dedicated agency like the Kogi Enterprising Development Agency (KEDA) which coordinates and caters for the immediate and long-term needs of the MSME.

The governor stated that his government pursued this cause because it recognised that the growth of entrepreneurship and new venture creation would broaden the spectrum of every Kogi citizen willing to work hard to become financially independent.

"No matter how willing we are or hard we work, we cannot absorb more than 10,000 new workers into service in any two terms irrespective of how many retire from service however with a bit of innovation and hard work, we can create 500,000 new MSME business in the same time frame”, he stated.

The governor expressed his intention to substantially achieve such feet before the end of his tenure, through the work of KEDA alongside other Ministries, departments and agencies.

Bello asserted that although his government had made appreciable efforts in enhancing entrepreneurs' knowledge base, capital availability, improvement of overall ease of business and ensuring that the operating environment was free from disincentives such as insecurity, this would be taken to the next level.

He charged KEDA with the discovery of innovative ways in getting interested Kogi citizens into MSMEs in a profitable manner, improve the pace of its activities and bring existing business and government institutions into viable collaboration adding that the government was strengthening the capacity of women and youth in building viable businesses across all the sectors in the state.

Earlier, the Managing Director and Chief Executive Officer of KEDA, Hajia Rakiya Onaivi-Sanni said despite the agency’s efforts to stimulate the business environment in the state, more should be done for MSMEs to reach their full potential.

She noted that the workshop was expected to set Kogi MSMEs on a path of viability and make it easier to do business, increase revenue and decrease unemployment.

According to her, the project was expected to bring businesses and Government agencies to a series of business forums where MSMEs can deliberate and have growth opportunities.