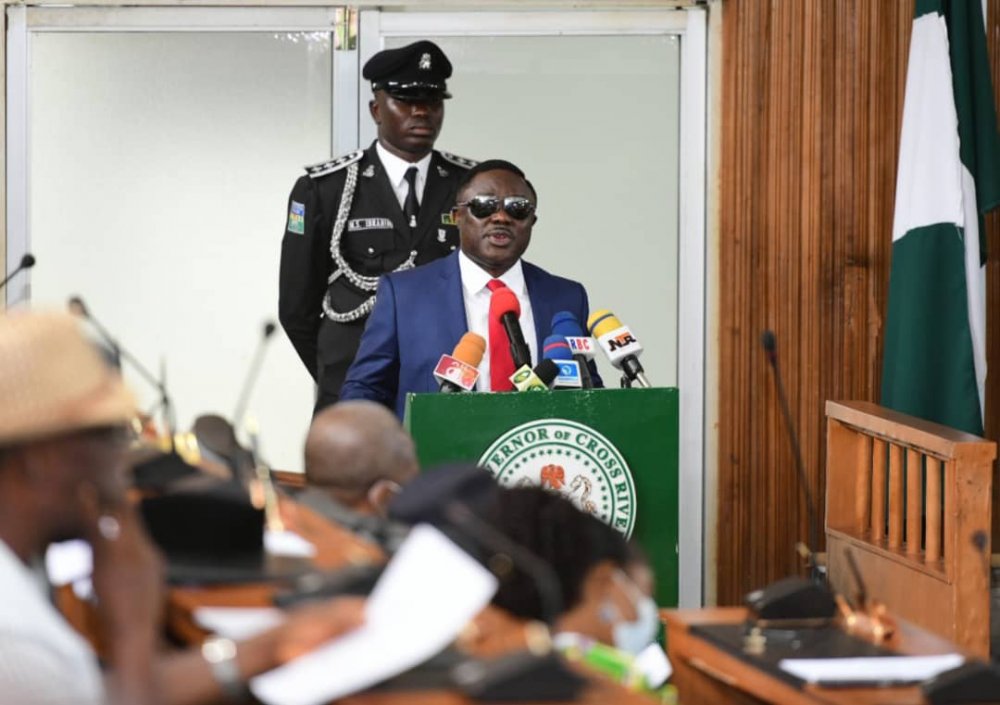 Governor of Cross River State, Ben Ayade has officially defected from the Peoples Democratic Party (PDP) to the All Progressives Congress (APC).

Ayade defected to the APC on Thursday in Calabar at a ceremony at the Executive Chambers of the Governor’s Office.

He said his defection was to align the state with the ruling party for prosperous growth and development. He said the defection will also help the state cooperate with President Muhammadu Buhari in building the nation.

“Buhari’s commitment to the development of the country is commendable. It is obvious at this point that we need to join hands with him to build a nation that we all can be proud of.

“As a team, we want to work with Mr President towards building a prosperous country that his succession process in 2023 will come without fear and hitches.

“If we as governors join hands with the President and agree on a way to govern this country, we will make progress.

“Having recognized the issue of our youths and unemployment, it is my responsibility as the leader of the party to do what I can to assist the President in the building process,” he said.

Ayade added:” We need to position Cross River at the centre of activities and on that note, I declare Cross River as an APC state.”

Speaking, Governor Mai Bala-Buni of Yobe, who is Caretaker Chairman of APC, welcomed Ayade into the party’s fold.

“As from today, Ayade is the leader of APC in Cross River,” he said.