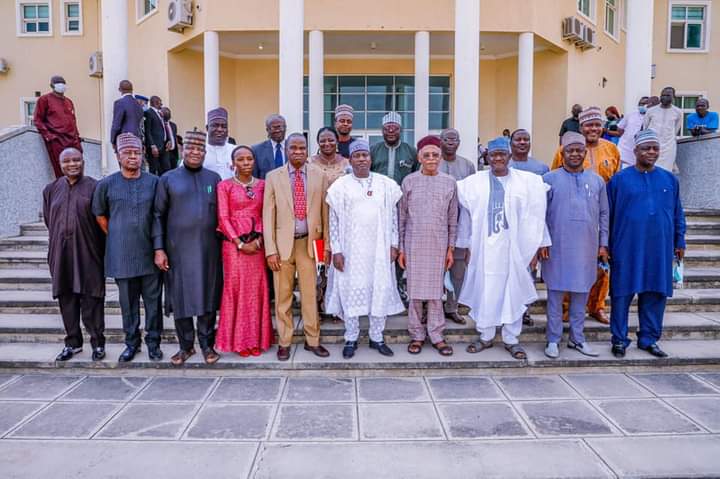 Plateau State Governor, Simon Bako Lalong has directed the Commissioner for Higher Education and the Head of Service to immediately engage all stakeholders in resolving the misunderstanding that led to the suspension of the licence of Karl Kumm University (KKU), Vom, Plateau State.

Governor Lalong stated this during a visit by the Pro-Chancellor and Chairman of university Council to Government House, Rayfield Jos.

Lalong expressed displeasure on how the new University which got an operational license in 2021 could not take off due to a misunderstanding with the host community over the appointment of the Registrar in line with a Memorandum of Understanding signed with them.

He said the issue must be resolved quickly as the University which had been in incubation for over 18 years was finally given the green light to operate having fulfilled the conditions of the NUC, only to have this joy truncated.

The Governor said the State Government has restrained itself from meddling in the affairs of the private institution with the hope that things will be sorted out quickly, but would now have to be involved based on the request of the Council and the fact that the entire state stands to lose if the University does not take off.

"Plateau State is known as a hub for education and we are proud of COCIN for the contribution of its educational institutions which have produced great minds in Nigeria. However, this development at the KKU does not speak well for the State and must be addressed immediately.

"Just last week I visited Mr President and appealed to him to sign the bill passed by the National Assembly to upgrade Federal College of Education Pankshin to a University of Education. While we are looking for more Universities, we have to show that we are ready to be good hosts," he said.

Pro-Chancellor of KKU Professor Ochapa Onazi informed the Governor that the unfortunate incident has robbed the University of one year since the approval of its licence, explaining that the matter in question was very clear and easy to resolve as the Management of the institution acted on truth and justice.

He said the decision not to appoint the Registrar candidate which did not go down well with the host community is not in bad faith but in keeping with the laid down procedures of ensuring that all staff engaged, meet the requirements set by the NUC.

"We have explained to the host community that we could not have gone ahead to appoint a candidate with deficiencies and create further problems for the new institution. We have also explained to the community the fact that there are other appointments of principal officers for the University yet to be done which we hope will consider their interest based on the MOU. However, the youths have refused to budge despite all entreaties from us and the plea by the Dagwom Rwei, the traditional ruler of the area."

Professor Ochapa Onazi explained that the University prefers to embrace dialogue rather than confrontation which is why despite acts of provocation, it has maintained a peaceful stance.

Vice-Chancellor of the University Professor Nanven Audu Gambo said the intervention of the Governor will go a long way in ensuring that the University takes off immediately to avoid further waste of time and resources.

He recalled that throughout the construction of the University, the youths of the host community including the supervising architects were involved to ensure that they benefit from the institution.

The University also received assurances for the completion of the University Library being carried out by the Plateau State Government.