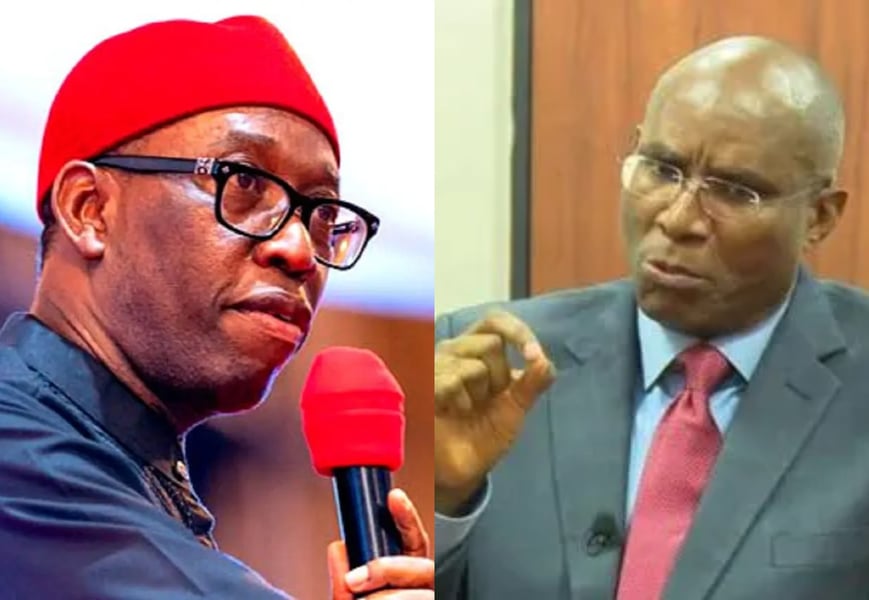 As the 2023 elections in Delta State looms, the governor of the state, Ifeanyi Okowa, has responded to Deputy Senate President, Senator Ovie Omo-Agege's allegation of spending N2 billion monthly on political appointees.

While accusing Okowa, Omo-Agege stated that the governor spends the aforementioned sum while the youths in the state remain unemployed, with many of them riding commercial motorcycles and tricycles.

Speaking at a quarterly media interaction held at the Government House, Asaba, Governor Okowa stated that the allegation was false, calling it "most unfortunate".

He urged critics of his administration to present facts when they make claims having to do with his programmes and policies.

Okowa added that nothing would stop him from fulfilling all his election campaign promises to the people of the state, cautioning political office holders to at all times, speak truth to power irrespective of party affiliations.