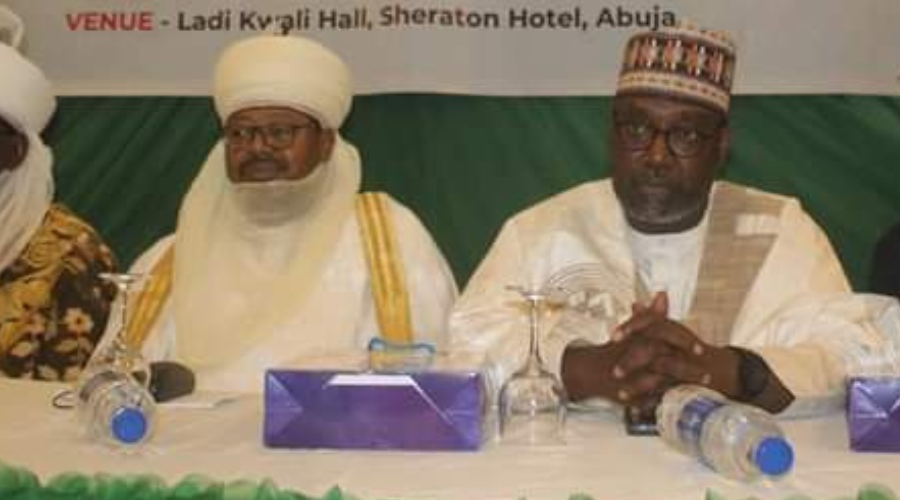 Governor Abubakar Sani Bello of Niger State on Thursday has stated that only decisive actions by relevant security stakeholders at all levels can bring an end to terrorism and banditry in the country.

Governor Sani Bello disclosed this while making his submission at the first national security summit on pastoralism with the theme; "Exploring the contemporary challenges facing pastoralism and Fulbe with the view of proffering workable solutions in curbing insecurity across the nation," organised by Miyetti Allah Cattle Breeders Association of Nigeria (MACBAN) in conjunction with the Northern Consensus Movement, in Abuja.

The Governor highlighted courage, equity and fairness as some essential steps needed to be taken to end the glaring security challenges in the nation.

"Until the day when we are all treated equally as Nigerians, it will be difficult to attain peace.

"When a particular ethnic group is being treated like second-class citizens without access to government palliatives or not even recognised, then there is a problem", he said.

According to him, curbing drug abuse, arms proliferation and the proper recognition of the Fulani herdsmen in the country as they contribute to the Gross Domestic Product (GDP) of the nation were also measures towards ending the security challenges.

"I believe that this situation can be addressed as long as certain measures are maintained", he explained.

He urged the government to find a way of cushioning the effect of cattle rustling as it was being done to farmers who equally suffered natural disasters such as flooding.

"I am not saying that all their cattle should be replaced but these should be a platform to bounce back gradually over time", he added.

Earlier, the former Chief of Army Staff, Lt.Gen. Abdulrahaman Dambazau who is also a former Minister of Interior, in his paper titled "Dilemma of the Fulbe Pastoralist", enumerated some of the root causes that have forced the Fulbe into heinous acts to include rustling of their cattle, lack of formal and Islamic education, climate change and lack of government social support despite the fact that they are taxpayers.

The former Minister however said that the bad ones among the Fulanis have through their nefarious activities, worsen Nigeria's security situation making it 6th out of 163 countries in the world as revealed by Global Terrorism Index.

He recommended criminal justice for those arrested for violent crimes, integration of Fulbe pastoralists into mainstream society through long time strategy and implementation of the government's National Livestock Transformation Plan amongst others as solutions to addressing the security challenges in the country.