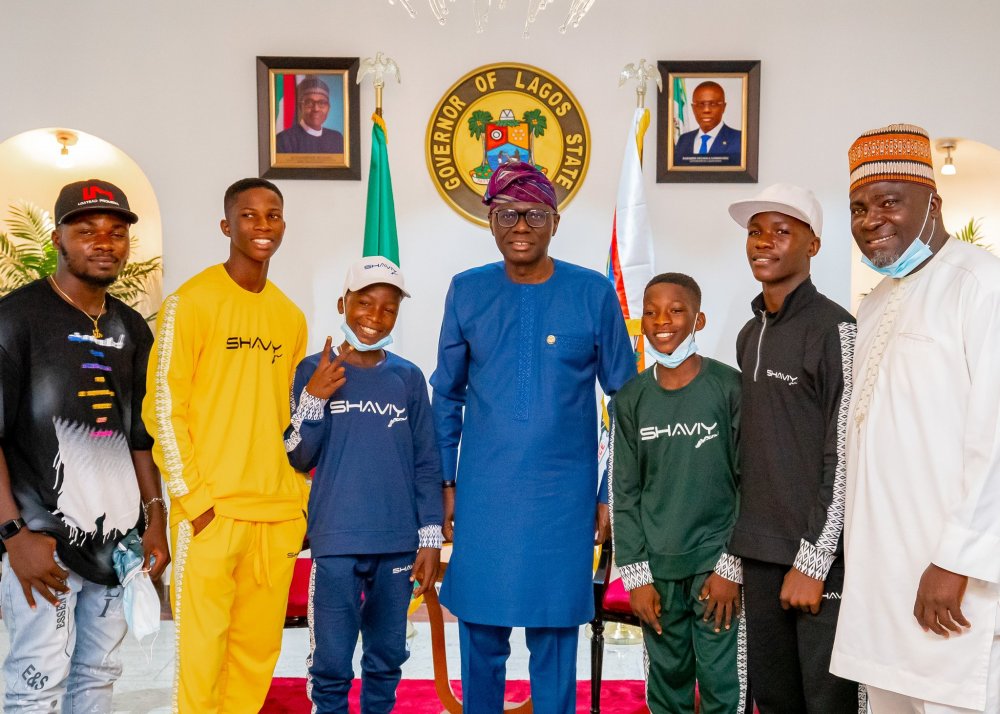 Governor Babjide Sanwo-Olu of Lagos State played host to the Ikorodu Bois recently, celebrating them for their accomplishments while expressing pride at their journey so far.

In a tweet on Monday, May 3, 2021, Sanwo-Olu thanked the young creatives for paying him a visit and said his administration was committed to "developing creative talent in Lagos as we continue to serve as the premier destination for musical, art and creative talent generation in Africa."

The Ikorodu Bois were celebrated by Netflix recently for their filmmaking efforts and have caught the eyes of some Hollywood heavyweights due to their impressive imitations of films/musical videos. 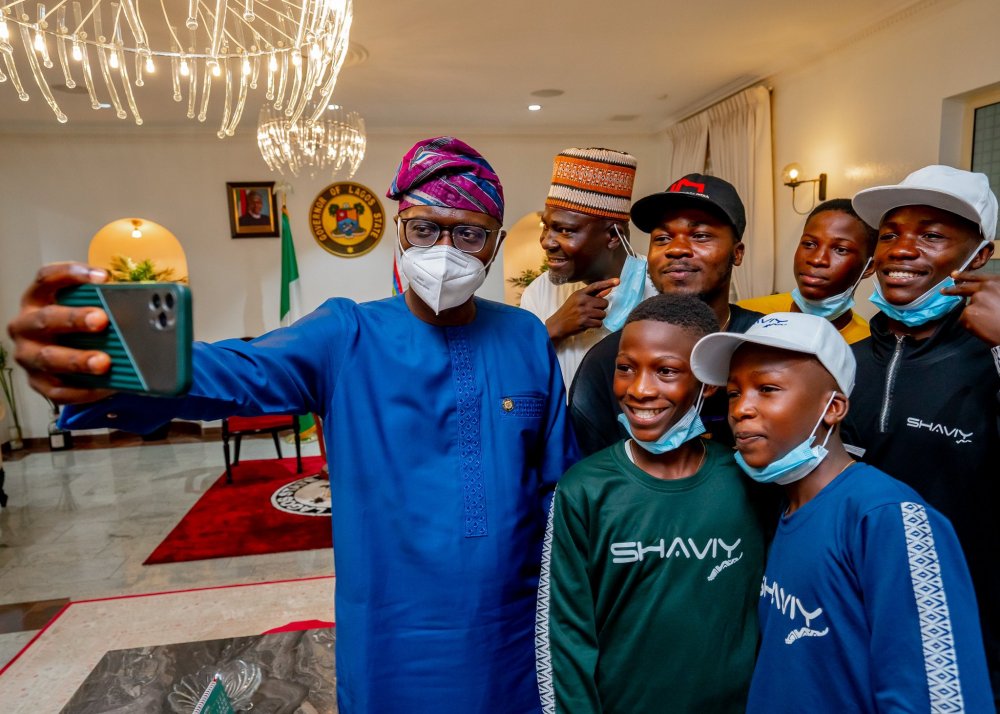 The young Nigerians will attend the premiere of the sequel to Extraction after their imitation of the trailer got the attention of the Russo Brothers and the film's lead star Chris Hemsworth.

Governor Sanwo-Olu's tweet reads, "Today, I welcomed generational filmmaking talent @IkoroduB, whose creativity has put them and Ikorodu on the global map of international platforms like Netflix, earned them a nomination at the Nickelodeon Kids Choice Awards and put their faces in billboards in Times Square, NY.

"As a state, we are proud of them and I thank them for visiting me today. We are committed to developing creative talent in Lagos as we continue to serve as the premier destination for musical, art and creative talent generation in Africa." 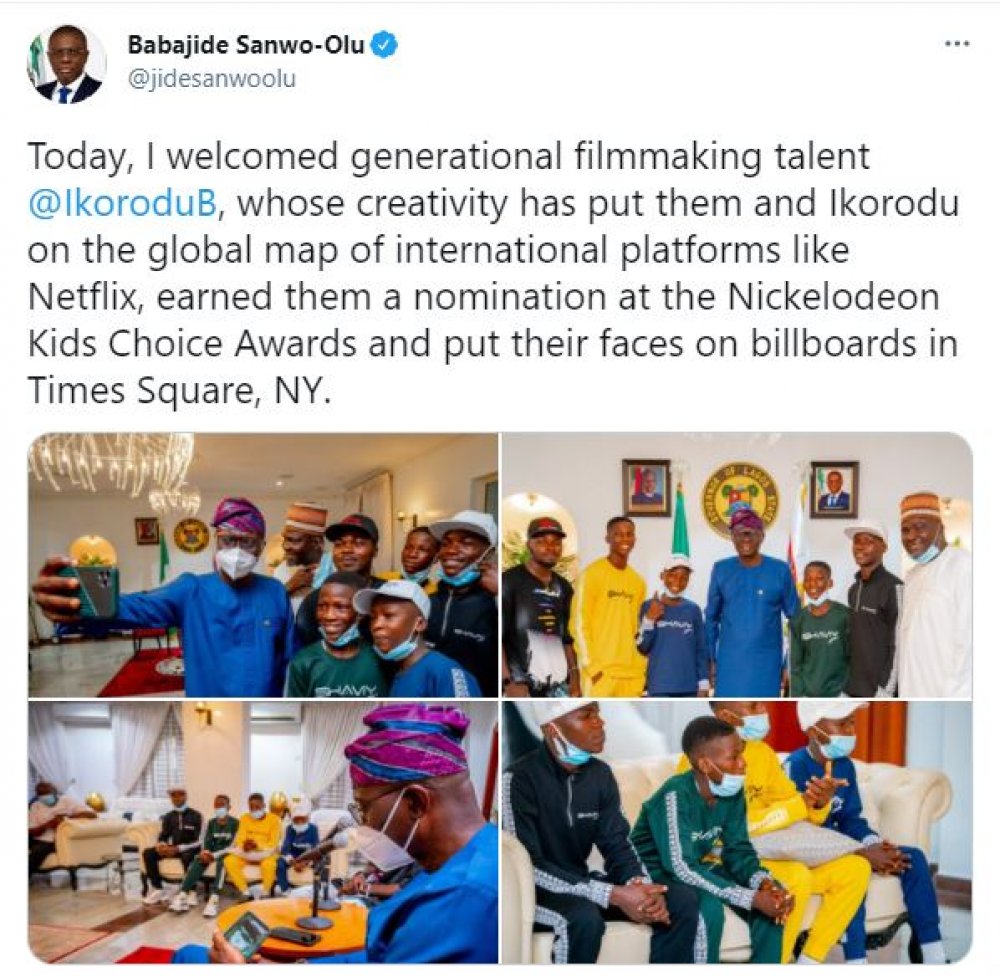 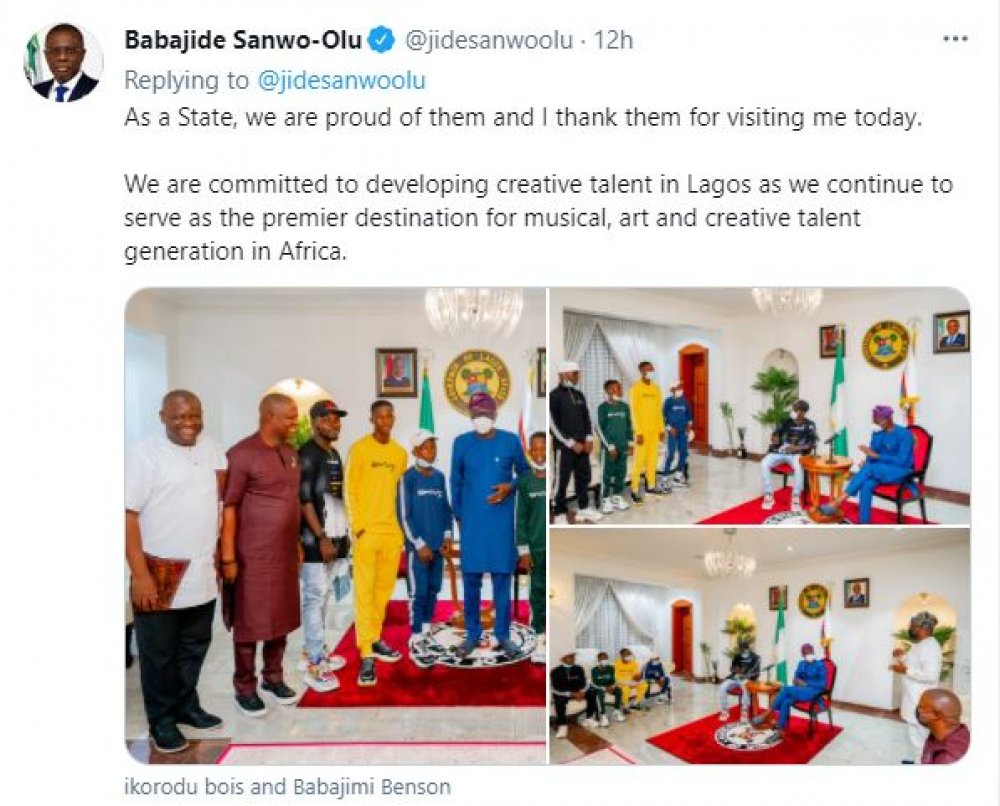 Five Nigerian Celebrities Born In May