Governor Sule Flags Off Sale Of Fertilizers At Subsidized Rate 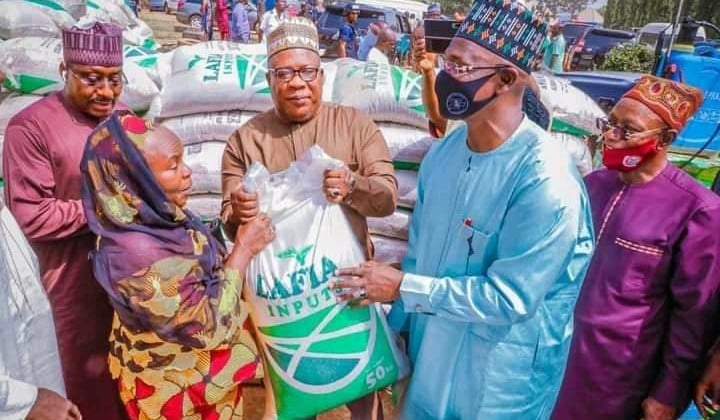 As part of the commitment to boost agriculture production in the state, Abdullahi Sule, the Governor of Nasarawa, on Wednesday, flagged off the sales of fertilizer for the 2022 dry season farming.

The Governor flagged off the sale of assorted bags of fertilizer and other farm inputs, to farmers at a subsidized rate of ₦7,000 per bag for the dry season farming in the state.

The Governor also stated that Nasarawa State is the highest cassava producing and the second yam producing state in the country.