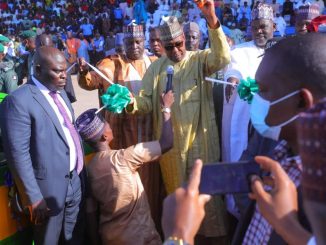 Governor Babagana Umara Zulum of Borno State has on Thursday, provided 610 taxis, tricycles and buses to enhance urban mass transportation in Maiduguri and parts of Jere and Konduga Local Government Areas which fall under the metropolis.

The Governor arrived in Maiduguri after the presidential press briefing in Abuja, on Thursday, and drove from the airport to Ramat Square in Maiduguri, where he launched the vehicles that include 100 Toyota LE cars for city taxis, 500 tricycles popularly known as ‘Keke NAPEP’ and 10 Ashok Leyland buses each with capacity for 41 passengers.

This was contained in a statement issued by the media aide to the governor, Malam Isa Gusau.

‘’While the 10 buses were left under the custody of Borno Express Transport Corporation for intracity services, the 500 tricycles were allocated to 2000 operators with each tricycle owned by a group of four unemployed persons. The 100 taxis were also allocated to 200 persons with each to be owned by two, making a total of 2,200, the number of persons who benefited from the tricycles and taxis,’’ the statement.

‘’Modalities for the distribution were arrived at after Governor Zulum held meetings with leaders of different associations of Keke NAPEP operators who informed the governor that some of their members form groups to own tricycles and they have their ways of jointly managing them and sharing profits.’’

"Before Zulum’s launch, the State Commissioner for Transport, Dr Abubakar Tijjani, assured the governor of effective and efficient supervision to ensure functional deployment to routes in line with the governor’s goal of increasing access to mass transport in the metropolis.’’

‘’On security integrated into the tricycles and taxis, Managing Director and Chief Executive of Bexil Computers & Communications, Yusuf Hayatuddeen, said each of the 500 tricycles has digital stickers from which passengers can use smartphones to access essential data of all operators. He also explained that with the stickers, movements of the tricycles will be tracked to ensure each operator only operates within communities they are expected to serve.’’ 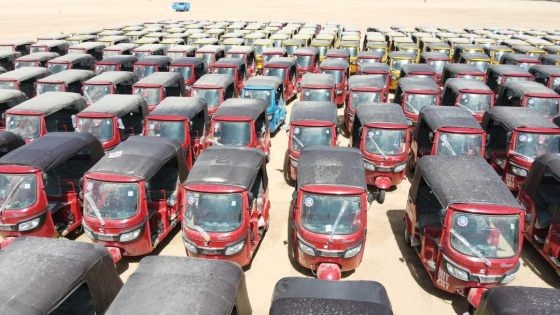 Aside from the 2,200 persons allocated the tricycles and taxis, Governor Zulum also granted N50million to 1000 members of different Keke NAPEP operators who did not benefit from the launch given the fact that the associations have thousands of members, some of whom either own tricycles or work as riders and spare-riders.

A combined total of 3,200 youths benefitted from the distribution of the tricycles, taxis and grants.