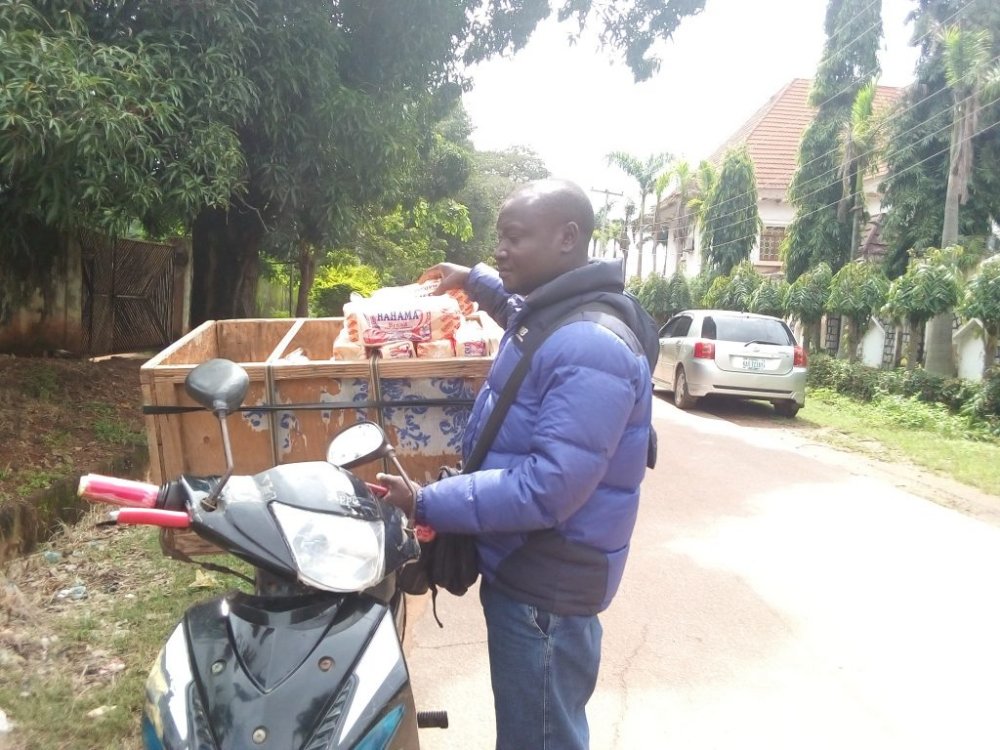 A Polytechnic graduate in Kaduna, Ali Dahiru, who resigned his job in Zenith Bank and took to selling of bread, says his decision has turned out to be a blessing.

Dahiru, a Higher National Diploma (HND) holder, who graduated from Kaduna Polytechnic in the field of Cooperative Economic and Management, told NAN that he hawked bread on the streets of Kaduna, and was proud of his trade.

”After my graduation, I worked with Zenith Bank as ‘Contract Staff’ for six years, before I resigned to start selling bread."

Narrating how his ‘romance’ with the bread business started, Dahiru said a man that was bringing bread to the bank, arose his interest.

"It was during my annual leave that I decided to talk to a man who sells bread to us in the bank, indicating my interest in the trade.

“I had realised that what he earned in selling bread was more than my monthly earnings at the bank.

"He tried to discourage me on the grounds that as a graduate, bread-selling was not something I should embark on, but I insisted.

"I eventually resigned from the bank and started selling bread on a motorcycle, to the surprise and dismay of some people,” he said.

He said his economic status had risen now, compared with when he was a casual staff at the Zenith Bank, adding that he was now in a position to assist people in need of money.

“I am not ashamed of selling bread as a graduate; those that parade themselves as graduates and do not have a source of income, do ask for assistance from me; they should be ashamed, not me.

According to him, his only challenge is the means of transporting bread to customers, saying the motorbike currently being used, is inadequate.

"I use a motorcycle which cannot carry large quantity of bread to meet up with the demand of my customers; some times I to go to the bakery three to four times, and often time before I finish my supply, the bread will finish from the bakery,” he said.

While calling on young graduates to embrace legitimate businesses, no matter how little, he admonished youth to always ‘cut their coat according to their size’.