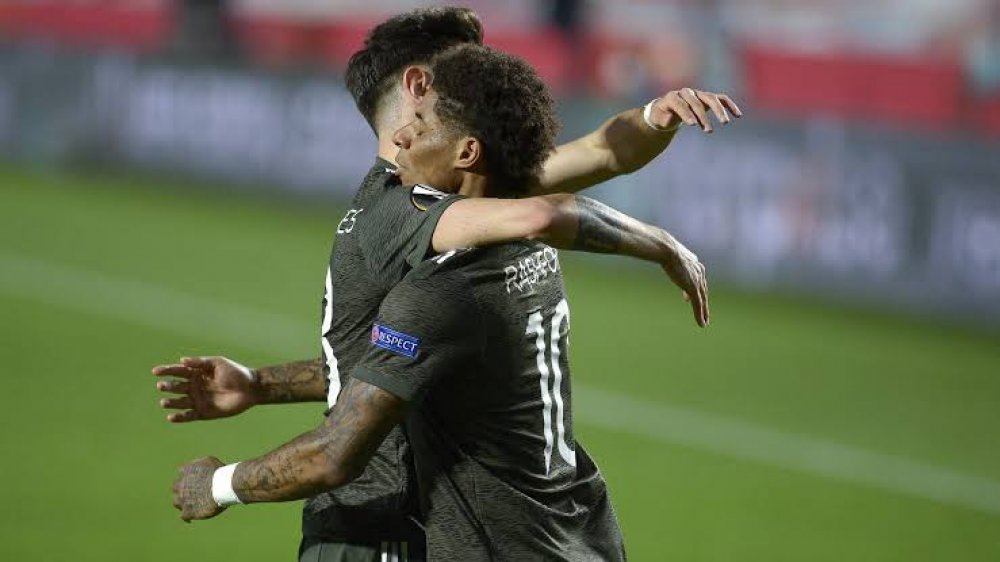 Rashford met a wonderful long pass from defender Victor Lindelof, controlled it brilliantly, and dispatched it past Rui Silva in the opposition goal, in the first-leg quarterfinals of the continental fixture at the Nuevo Estadio de Los Cármenes.

United ran out two nil winners to take control of the knockout tie ahead of the second leg next Thursday at Old Trafford. And their manager is pleased.

Apart from Rashford, Solskjaer also lauded “exceptional” Bruno Fernandes, who was as well on the scoresheet.

It was United’s only two shots on target across the game in Spain, against a limited but defensively resolute Granada side, while also seeing five players booked - meaning Luke Shaw, Scott McTominay and Harry Maguire will sit out next week's game with suspension.

Speaking after the game, Solskjaer told BT Sport: "[Marcus Rashford and Bruno Fernandes] have been exceptional, so important for us.

“It was a very good run by Rashford, takes the ball fantastically. Bruno is so confident on penalties even though the keeper almost saved it.

"Bruno drives the team, he drives himself. He's got such a hunger and enthusiasm to win and do well.

"I've played in teams with a lot stronger personalities than that, to be honest. That's the way for us to improve, to take to the next level, is to demand more and more and more.

"Marcus scored a fantastic goal from a great pass by Victor, great run, and great skill to bring the ball down like this. We've seen it a few times before like this, it's a top-top quality goal.

"It was not a perfect night. We got three yellow cards and three suspensions. 2-0 is very good result. We know how difficult it is to come to Spain. We've got to play well to get a result.

READ ALSO: EPL: This is Marcus Rashford’s Inspiration for Free kick Taking, And It's Not Ronaldo...

"It was an important goal, the second. A 1-0 lead, losing three players, is not a good position to be in. I don't think we deserved five yellow cards, but that's happened. We're delighted with the result, of course."

READ ALSO: Marcus Rashford in Awe of This Player of Nigerian Descent

Look at that ball from Lindelof to assist Rashford ? #GCFMUN pic.twitter.com/eEHHLXFRQJ