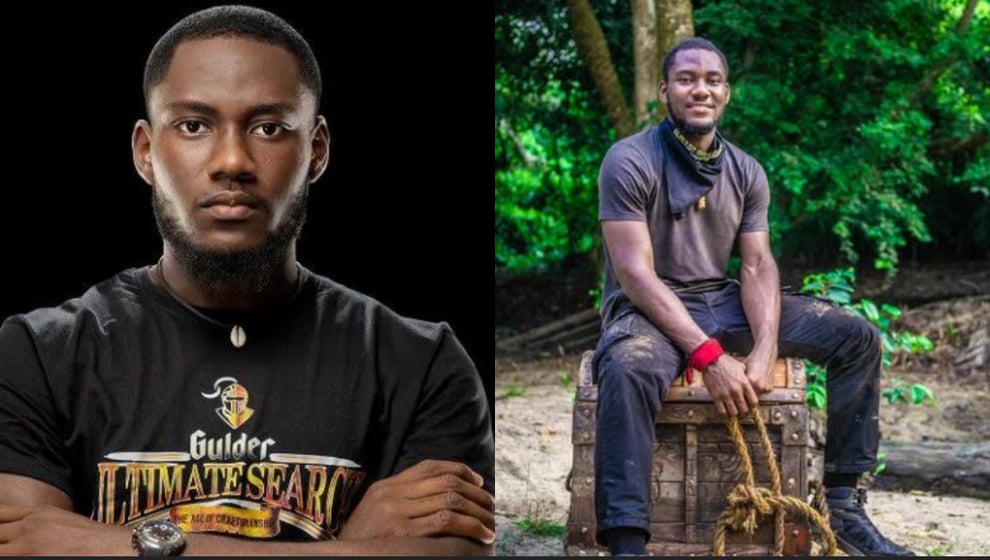 Odudu Ime Otu has emerged as the ultimate craftsman of this year's Gulder Ultimate Search after beating his fellow counterparts Damola, Damilola, and Tosin in the quest to find the Akolo chest

AllNews Nigeria gathered the 22 year-old emerged victorious after enduring several challenges to prove he is worthy of retrieving the iron chest of the wise craftsman Akolo.

Odudu Ime Otu who is from the South-South region of Nigeria hails from Akwa state. He is a seasoned sports personality, a model and he owns a Non-Profit-Organisation.

Odudu was born in the year 1999 to the Otu family. He's a lover of basketball whose role model is Lebron James. He also fancies swimming and reading as hobbies.

How can you rate this year's gulder ultimate search on a scale of 1 to 10?

Drop your comments below