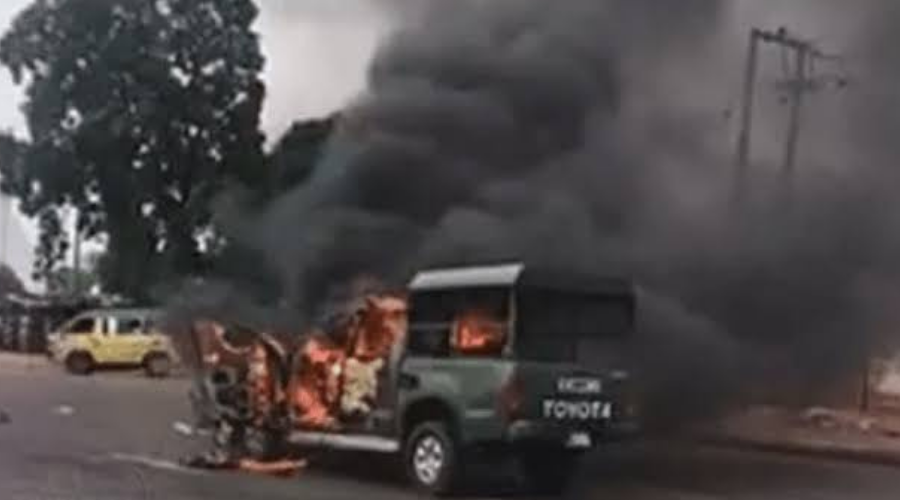 Four vehicles were reportedly burnt during the attack

BBC reported that the incident occurred on Sunday, and according to eyewitnesses, a driver was killed.

The Nigerian Customs, Katsina command spokesperson, Isah Danbaba confirmed the incident, adding that the gunmen were on more than 209 bikes during the attack.

He said their personnel had tips of the attack, but the large number of the assailants promoted them to run for safety.

Danbaba confirmed that all twelve of the staff at the location were safe.

Reports reveal that the gunmen had earlier attacked Zamfarawa village, killing eight persons, while they kidnapped scores of women at Walawa village.