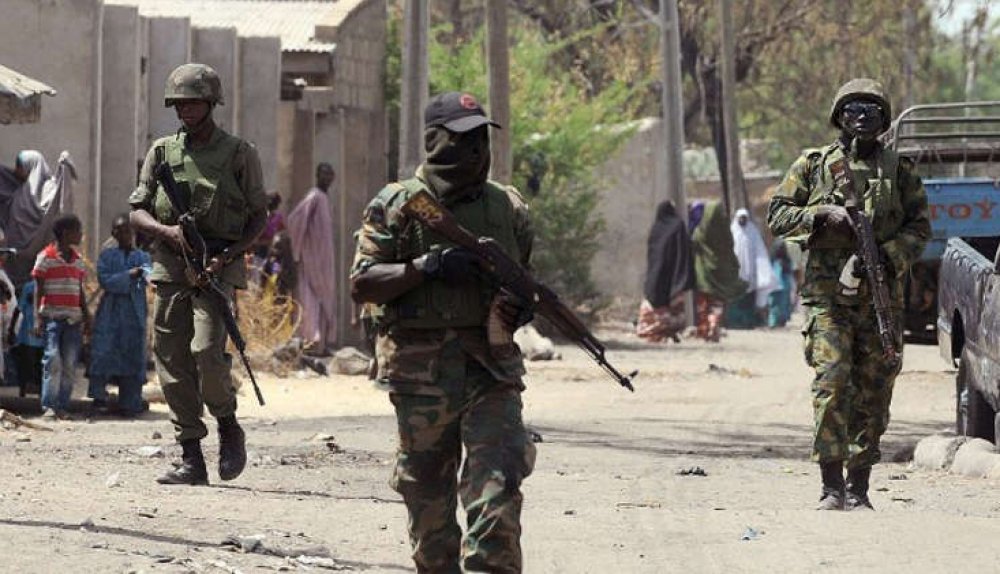 Gunmen suspected to be members of the Islamic extremist group, Boko Haram  have attacked Garin Gada, a village about 12 km from Geidam town, Yobe State.

According to reports from Yunusri LGA, the insurgents killed two people and looted shops and homes of the villagers.

Confirming the incident, Ba’Yuram Alahji Isah, a resident of Garin Gada, who spoke to some of his relatives in Damaturu, said “They killed two people, so far that is what we know, but a fighter jet came and pursued them to avert more attacks on the village.”

Yuram stated that the insurgents came in three gun trucks and looted food items from the villagers, adding that the incident happened at about 5:00 pm on Thursday.

Meanwhile, the Defence Headquarters, DHQ, on Thursday, noted that sixty-four insurgents were killed during an encounter with troops in Yobe State.

The spokesman of DHQ, Maj. Gen. John Enenche, disclosed that the insurgents were killed at Gujba Local Government Area of the state and Gonan Kaji village along Damaturu-Buni Yadi Road during firefights with the troops.

Enenche while speaking with newsmen about security operations across Nigeria between January 7-13, 2020, said firearms, ammunition, and 10 gun trucks were also recovered from the terrorists.

He stated, “During the encounter with the troops of Operation Tura Takai Bango at Gujba on January 9, 28 terrorists were neutralized and several others escaped with gunshot wounds, while one gun truck and several arms and ammunition were recovered.”

“Similarly on the same day, troops had an encounter with some Boko Haram/ISWAP terrorists at Gonan Kaji village along Damaturu-Buni Yadi road in Yobe State, during which 30 terrorists were killed while caches of arms and ammunition were recovered by troops.”