Haller Vows To 'Come Back Stronger' After Testicular Tumour Diagnosis 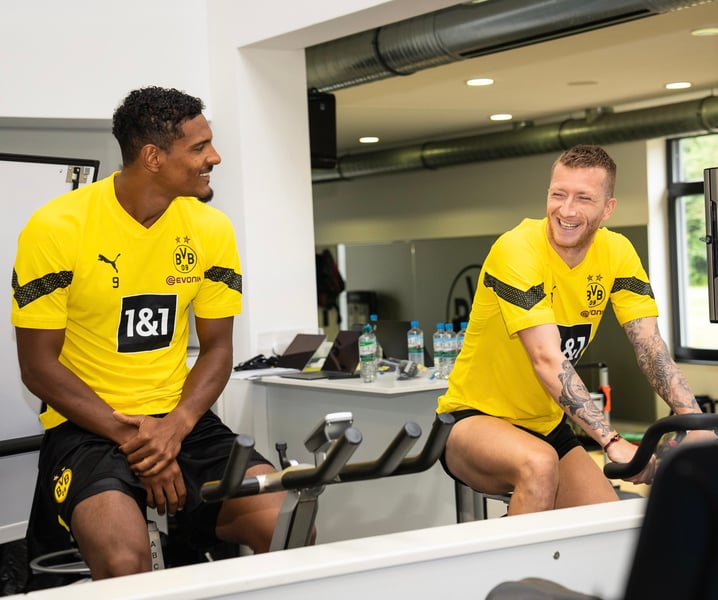 Ivory Coast striker Sebastien Haller on Tuesday vowed to 'come back stronger as he thanked fans for their support following his diagnosis of a testicular tumour.

Dortmund's new signing Haller joined the German club earlier in July as a replacement for Erling Haaland, who has signed for Manchester City.

But the 28-year-old left the team's pre-season training camp in Switzerland on Monday after a tumour was found in his testicle.

"I want to thank you again from the bottom of my heart for all these many warm messages received," the 28-year-old said in a post on Twitter.

"I was very moved to see these beautiful reactions and I even feel like I don't deserve so much.

"But I said that thanks to you it will only be one more challenge in our journey. See you very soon on the pitch to celebrate our next victories.

"My family and I thank you. I will now focus on my recovery to come back stronger."

Dortmund paid Ajax 31 million euros ($31.5 million) for the 28-year-old after he scored 47 goals in 65 appearances for the Dutch side.

"This news today came as a shock to Sebastien Haller and to all of us," Dortmund's sporting director Sebastian Kehl said in a club statement.

"We will do everything in our power to ensure that he receives the best possible treatment," he added.

Dortmund's first game of the new Bundesliga season is against Bayer Leverkusen on August 6, eight days after heading to third-tier 1860 Munich in the first round of the German Cup.