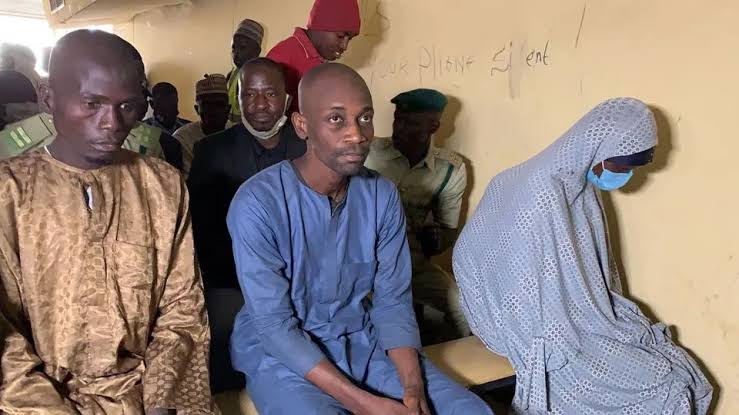 More From this Author
The absence of legal representation for proprietor Abdulmalik Tanko, who confessed to killing his pupil, Hanifa Abubakar on Monday, stalled the case in court.

Abdulmalik Tanko, alongside his two accomplices, Hashimu Isyaku and Fatima Jibrin are standing trial before a High Court 6, presided over by Justice Usman Na-Abba are being charged with Criminal Conspiracy, Kidnapping, Concealing/Keeping in Confinement a Kidnapped Person and Culpable Homicide, contrary to Sections 97, 274, 277 and 221 of the Penal Code.

When the accused persons were arraigned before the High Court on Monday, they were docked without legal representation.

The state counsel, who is also the Attorney-General and Commissioner of Justice, Barrister Musa. A. Lawan, prayed the court to decide if the proceeding should go ahead because it appears that the accused persons do not have lawyers.

Justice Na-abba then asked the defendants, starting from the principal suspect, Tanko if they could engage the service of a lawyer or want the state government to provide lawyers for them.

The three accused persons, sad they could not hire a lawyer and needed legal representation by the state.

The Attorney-General then prayed to the court to adjourn the matter to February 14 to enable the state to prove ide lawyers for the accused persons as they requested.

The judge then granted the state counsel’s prayer and adjourned to Monday, February 14 for the continuation of the trial when the accused persons would be assigned legal representation.

Lawan also informed the court of their application to substitute the charges filed by the state against the accused persons on February 1 with the one filed on February 2, a prayer that was granted by the judge.