Havertz Could Start Against Madrid After EPL Brace — Tuchel 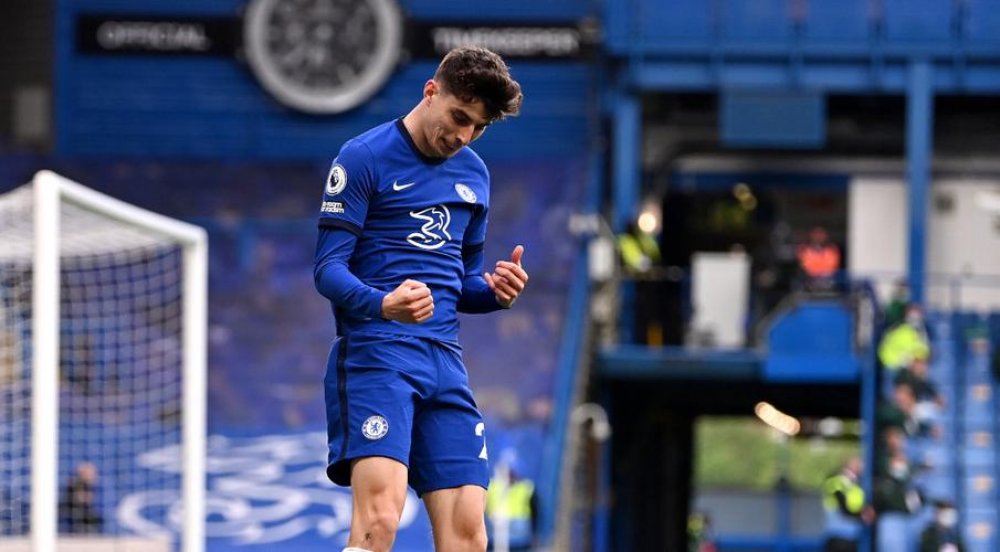 Chelsea midfielder Kai Havertz's brace sealed the blues' victory over relegated threatened Fulham which could mean he will retain his place in the starting side for the team's midweek Champions League clash with Real Madrid.

Havertz joined Chelsea during the close season from Bayer Leverkusen and has struggled to justify his 71 million pounds price tag, but the 21-year-old handed manager Thomas Tuchel a timely reminder of his quality.

He did not play in Chelsea's 1-0 league win over West Ham United and was a substitute in their 1-1 Champions League draw with Madrid in the first leg of their semifinal last week. The return leg is at Stamford Bridge on Wednesday.

Having helped Chelsea tighten their grip on fourth place in the league, Havertz said that he was desperate for more starts.

"This win is crucial for us and now on Wednesday another tough game," Havertz told Sky Sports.

"It felt good to score early, that gave me confidence. For me, it's always good to score and I'm happy to help the team with goals. I hope I can continue on Wednesday like this.

"I'm always desperate to start games... I know of course that we have a lot of quality players in the team... But I keep on going, I train hard and give my best when I'm on the pitch."

After the Madrid game, Chelsea will take on league leaders Manchester City on Saturday and Havertz said the tight schedule was hard on players in the home stretch of the campaign.