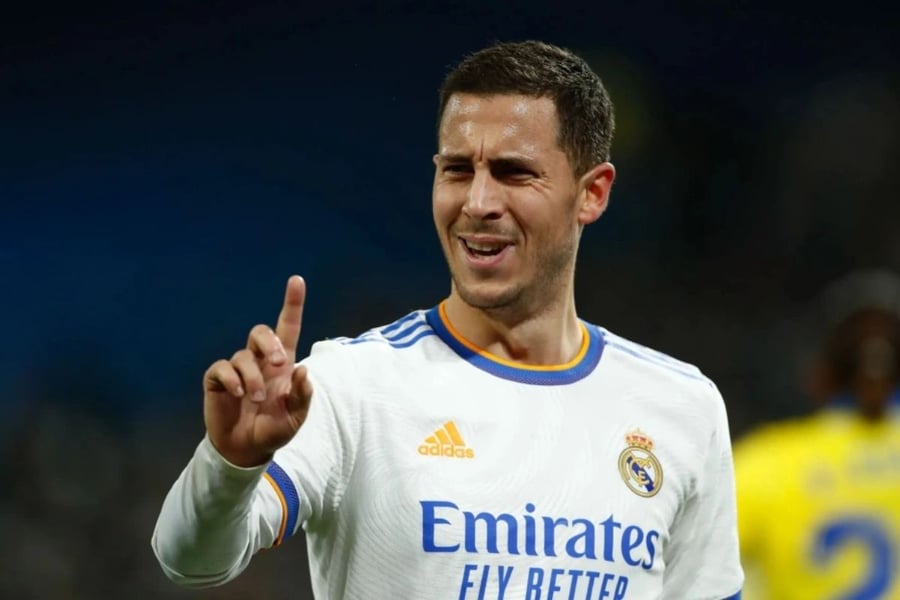 Belgian winger Eden Hazard has reportedly snubbed a big-money move to Newcastle United in the range of £30 million, plus £8.3 million in add-ons despite his parent club Real Madrid accepting the offer, per reports.

Hazard, 30, has endured an injury-plagued time at the Spanish capital club since arriving from Chelsea in 2019 for an initial fee of £88m.

As a result, he has fallen down the pecking order and even more so under Carlo Ancelotti, with Vinicius Jr and Rodrygo preferred by the Italian tactician.

Florentino Perez looks to cash in on the 30-year-old this January transfer window, in a bid to prepare for the arrival of Kylian Mbappe on a free transfer later in the summer.

According to reports, Perez has accepted an offer of €40m (£33.4m), plus €10m (£8.3m) in add-ons, from Newcastle with Eddie Howe desperate to strengthen his beleaguered squad in a bid to escape relegation this season.

However, Hazard has snubbed the Magpies' approach, with the Spanish report claiming that the Belgian will only leave for a 'big' club, such as Chelsea.

The Blues have long been linked with a reunion with Hazard, who dazzled at Stamford Bridge over his seven-year spell, scoring 110 goals and providing 92 assists in 352 appearances for the club.

Madrid are reportedly interested in Chelsea star Reece James, with the Spaniards rumoured to be considering offering Hazard as makeweight for the England international - who they value at £50m.

Madrid reportedly understand signing the 22-year-old is a long shot as he 'has it all' at Chelsea but they are reportedly still willing to try.

James has enjoyed a stellar season as Chelsea sit third, netting five goals and providing six assists in 22 appearances as a right wing-back.

But Hazard's tally this term is not quite as enticing for the Blues as the forward has registered just one assist and failed to find the net all campaign.