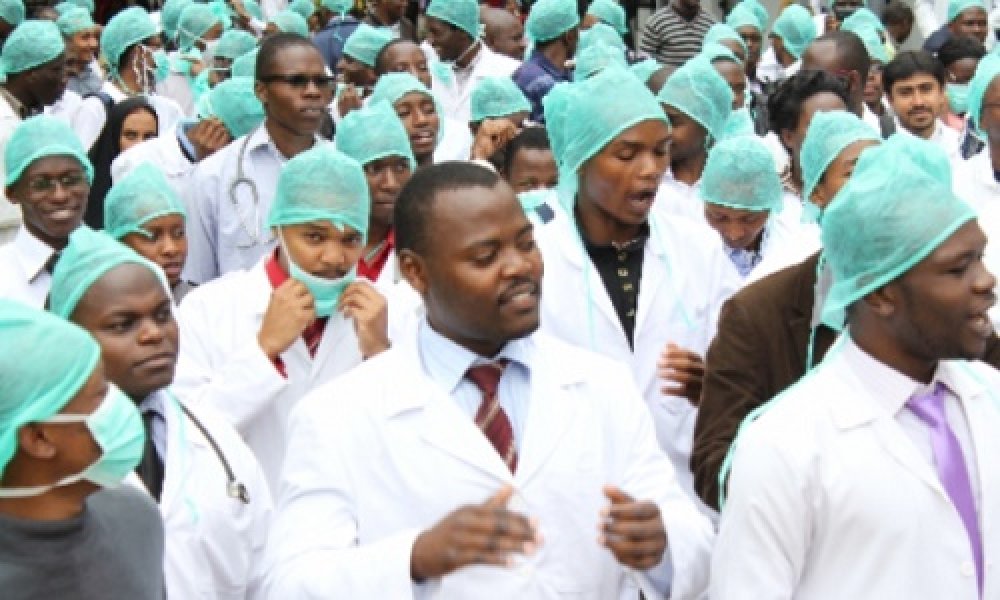 Health workers under the umbrella of Joint Health Sector Unions (JOHESU) and Assembly of Health Care Professionals has threatened to commence a warning strike on September 13 if the President Muhammdu Buhari led administration does not address their demands.

Addressing journalists in Abuja, Bio Josiah the National Chairman of JOHESU who accused the federal government of taking their commitment to resolve the issue through dialogue for granted asked the minister of Labour and Employment, Festus Keyamo (SAN), to take over the negotiations between them and the FG from Senator Chris Ngige.

the union is also demanding that states and LGAs abide by the agreement of domesticating the COVID-19 allowance for their clinical and non-clinical health workers without further delay to avoid the breakdown of industrial harmony in their health sector.

“We demand unconditional payment of all withheld salaries at Federal Medical Centre, Owerri, JUTH, LUTH, and the complement of April and May 2018 salaries.

JOHESU further asked the  FG, states, and local government areas to come up with COVID-19 palliatives for the citizens while improving service delivery and remedial measures to combat failing and decaying infrastructural facilities.

Josiah said the Presidency should direct the Ministry of Health to obey the consent judgment of the National Industrial Court delivered on March 19, 2019.

“If the Federal Government does not meet these demands by midnight of September 13, 2020, JOHESU will have no other choice than to commence a nationwide seven-day warning strike of our members in all the Federal Health Institutions.

“The states and LG health institutions are placed on red alert for possible entry into the fray if the FG foot-drags in attending to our demands,” He said.

Further speaking on the recent hike in fuel price and electricity tariff, the Union said the move by FG was only going to worsen poverty in the country.

AllNews had last week reported that Resident Doctors will commence an industrial action on Monday.

However, the strike commenced as The National Publicity Secretary, of Nigeria Association of Resident Doctors (NARD), Dr. Stanley Egbogu, told journalists that the Federal Government has yet to invite its leadership for a meeting.