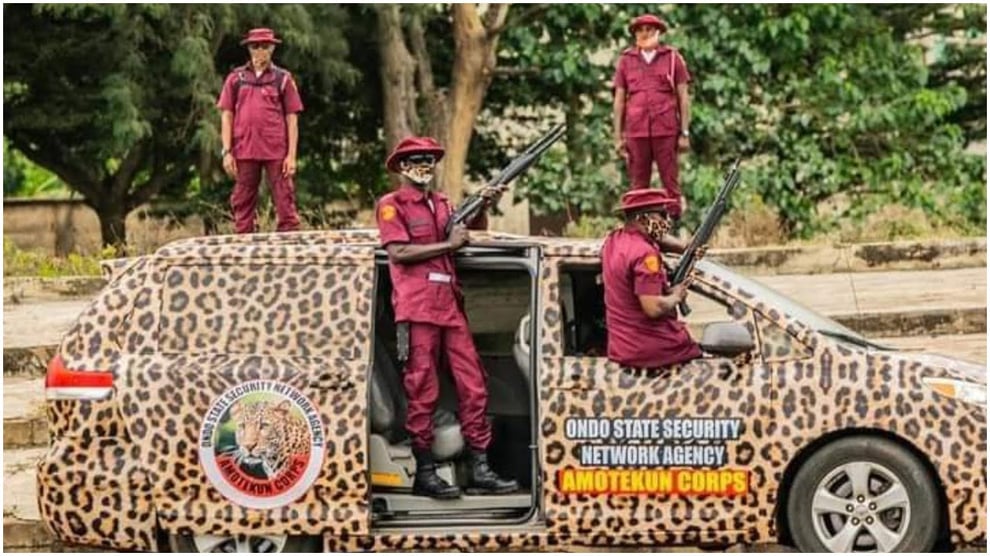 Scores of armed herdsmen were intercepted in Ikere-Ekiti, Ekiti State on Wednesday.

The herdsmen it was discovered had weapons, shotguns, attack knives and daggers hidden under huge dry grass in a truck.

Sources said operatives of Amotekun and some vigilantes first sighted the truck which was flagged down.

Operatives of Amotekun said a signal was received from community dwellers some hours before the truck arrived in Ekiti.

According to a source, Bolanle Akinteye, who is the leader of Apapo Oodua Koya (AOKOYA), Ikere Ekiti, the vigilante officials acted promptly by arresting the vehicle and the herdsmen.

One of the sources claimed that the herdsmen may have proceeded to the state in order to carry out a mischievous activity.

“Based on intelligence reports, we intercepted the truck which was coming from Ondo State. Inside the truck were several dangerous weapons concealed in huge dry grass in the vehicle."

Akinteye revealed that in the past months, Ekiti people have been mobilised to watch for strange movements.

He also disclosed that suspected kidnappers usually passed through the Ikere hills which leads to Edo State whenever they abduct anyone.

An anonymous Amotekun operative who stated that his men accosted the truck based on credible intelligence added that the men were all Fulani but that their mission was unknown.

“They could not give any concrete reason for their presence in the area. They are suspects. They are about 15 with lots of weapons," the operative said.