Hollywood Movies To Look Forward To This Second Quarter 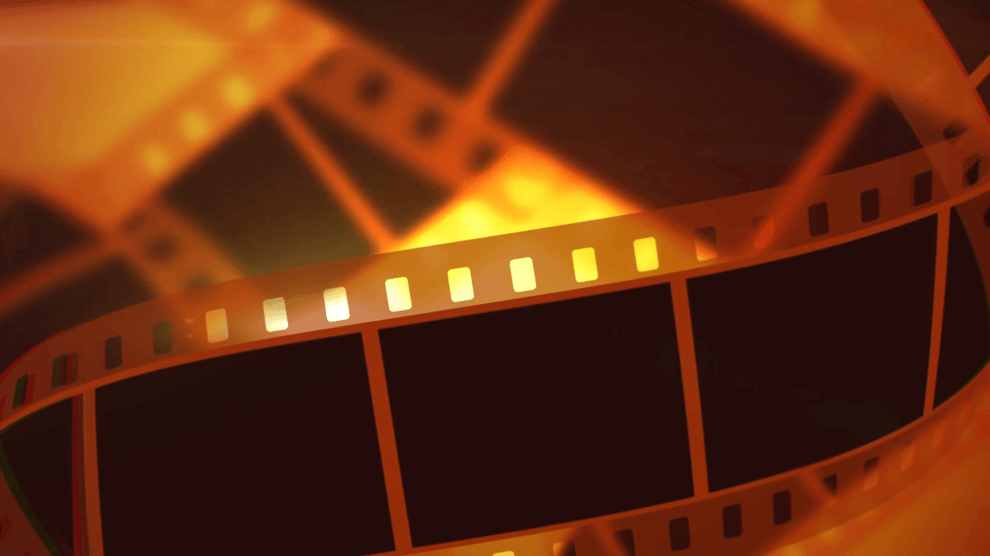 The second quarter of the year is here and movie aficionadoes have a lot of reasons to be excited. Fans have several blockbusters to choose from and we have made a list of some of them.

Check out 10 of them below: 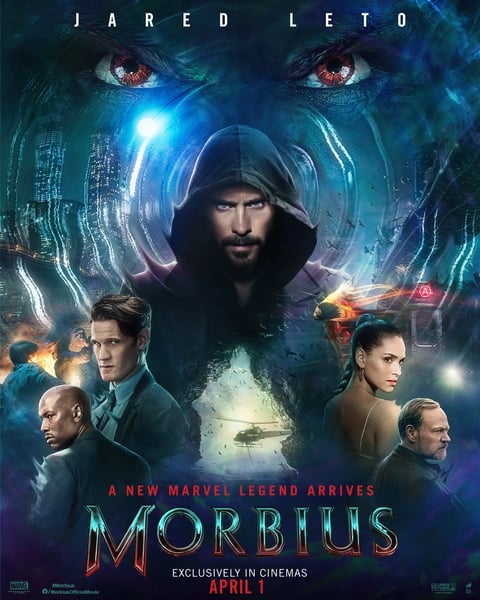 After the massive (and possibly unexpected) success of Venom, Sony is going full throttle on the Spider-Verse.

Morbius centers on another troubled villain/antihero; this time it’s Michael Morbius, a scientist with a rare blood disorder whose experiments to find a cure end up giving him a form of vampirism.

Oscar-winner Jared Leto is playing the so-called "living vampire", so expect impressive levels of commitment from an actor who famously went method acting playing the Joker in Suicide Squad. 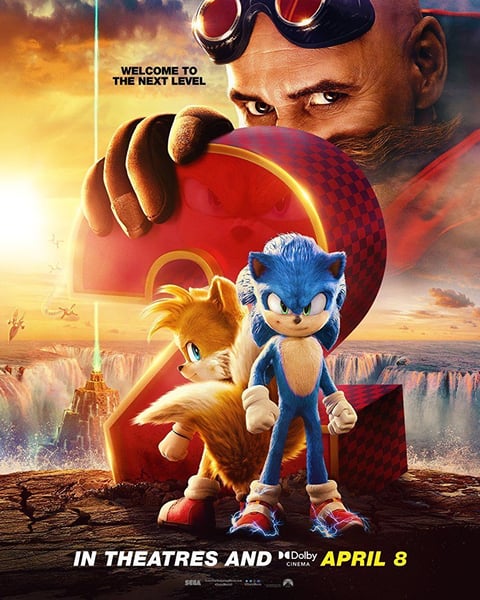 At the end of the first movie, he really had come into his own in terms of his powers and into the role of a hero, Now we’re seeing him step into that role in a more public way.

Sonic 2 comes off a successful first movie, which saw the blue speedster successfully transition to the big screen. Now, in the sequel, we will see him joined by Tails as the duo faces off against a returning Robotnik and... Knuckles.

Yes, the red echidna is here, on the side of evil, and voiced by Idris Elba. 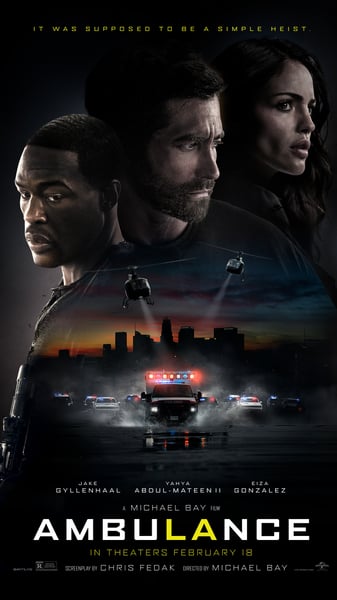 Let’s get one thing clear about Michael Bay’s new movie Ambulance; It’s not a medical drama. So what is it? A heist movie, which is new terrain for the director of Bad Boys, Armageddon, and the Transformers series.

Yahya Abdul-Mateen II plays Will Sharp, who recruits his adoptive brother, bank robber Danny (Jake Gyllenhaal). While Gyllenhaal "brings his A-game", as you might expect, Bay was really bowled over by Candyman’s Abdul-Mateen II. 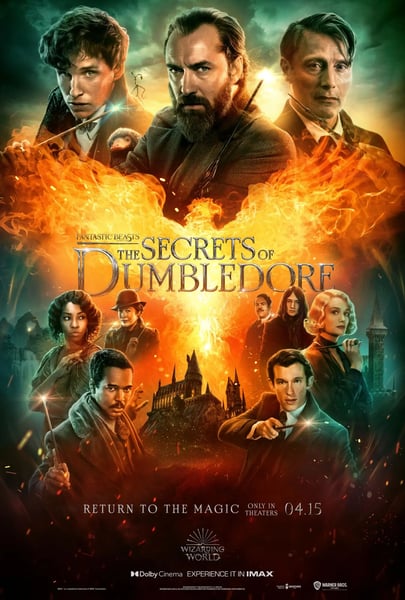 Given the Fantastic Beasts movies boast original screenplays – and Warner Bros always cast a Protego Maxima charm over the productions to erect an impenetrable defense shield, all we have to go on regards the plot of this newest chapter is the studio’s official release: “Professor Albus Dumbledore knows the powerful Dark wizard Gellert Grindelwald is moving to seize control of the wizarding world.

Unable to stop him alone, he entrusts Magizoologist Newt Scamander to lead an intrepid team of wizards, witches, and one brave Muggle baker on a dangerous mission, where they encounter old and new beasts and clash with Grindelwald’s growing legion of followers.

But with the stakes so high, how long can Dumbledore remain on the sidelines?” 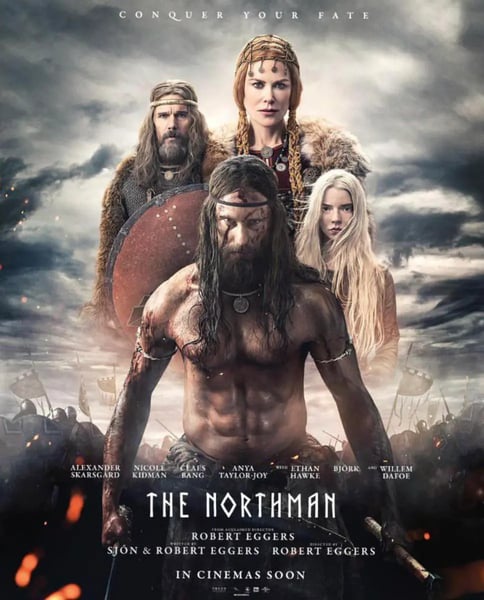 The trope of wanting to take time in your revenge to torment the person is honoured here. But he’s not, like Shakespeare’s Hamlet, deliberating about whether or not violence is the answer. Not at all.

For Amleth, brutality is undoubtedly the answer, and The Northman, shot in harsh landscapes battered by fierce winds, looks set to be as unforgiving as it is thrilling.

6. Doctor Strange And The Multiverse Of Madness 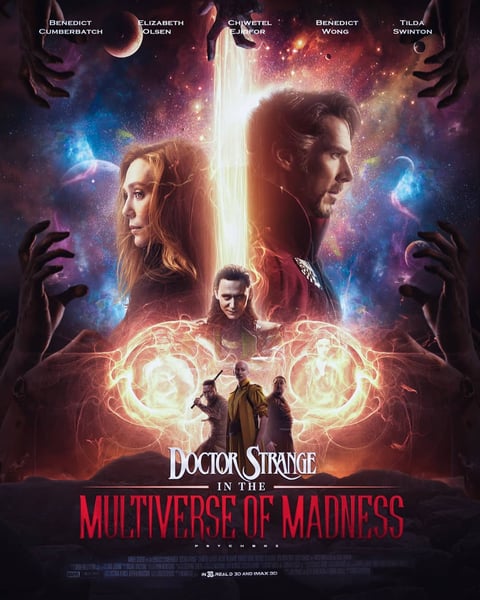 Five months after his appearance in Spider-Man: No Way Home, Doctor Strange returns in the Multiverse of Madness.

Having unleashed the multiverse, the former Sorceror Supreme (now Wong) must deal with the consequences of his actions. To help, he employs Wanda, who was last seen in WandaVision.

The threat appears to be both Baron Mordo and... well, saying anything more would be spoilers. Just know that Sam Raimi, who helmed the original Spider-Man trilogy, is in the director's chair, and we can't wait to see what wonderful worlds he transports us to.

For 35 years we’ve felt the need, the need for speed. Given the three-decade wait for Tom Cruise to return as Navy pilot Pete ‘Maverick’ Mitchell in a Top Gun sequel, its further delay due to the pandemic has been especially unfortunate. But our anticipation has only grown, fueled by those trailers, leaning into the music and iconography, and offering hair-raising glimpses of Cruise pulling eight Gs as he barrels through the sky for real.

Plot-wise, Maverick is still living up to his call sign, his disdain for authority preventing him from rising up the ranks.

We’ll join him just as he’s offered a teaching post at the United States Navy Fighter Weapons School, a.k.a. Top Gun, where he must train up a new generation of plucky, puff-chested pilots for a kamikaze real-world mission.

Oh, and one of the newbies just so happens to be Rooster (Miles Teller), the son of Maverick’s gone-but-never-forgotten BFF Goose. 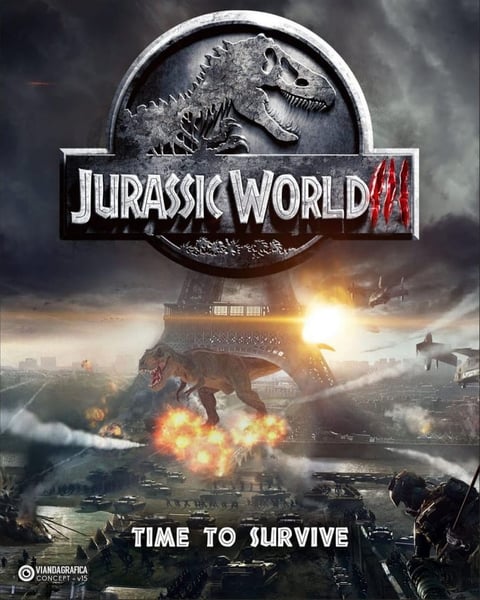 Jurassic World was set in a functioning park, and the sequel Fallen Kingdom spanned an island, a boat, and a creepy mansion.

Jurassic World: Dominion, “is around the whole world”. With the creatures and their DNA, escaping into the open at the end of the last film, the world is now their playground.

Colin Trevorrow is going back to the franchise’s roots, with legacy cast members Sam Neill and Laura Dern returning with Jeff Goldblum (who cameoed in Fallen Kingdom), alongside current stars Chris Pratt and Bryce Dallas Howard. 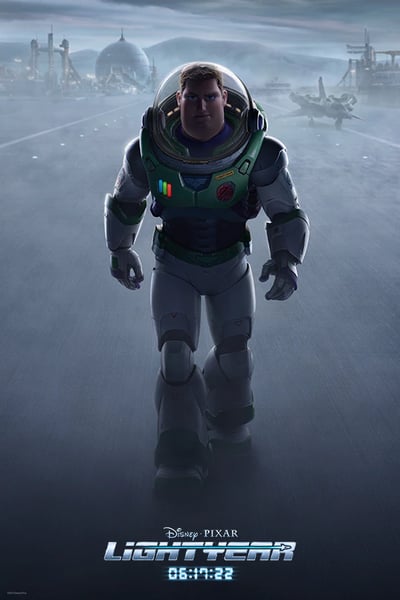 The Toy Story franchise proper has come to an end (presumably), but Pixar says there’s still more fun to be had with these characters… just, in a different way.

Fresh off his stint as the MCU’s Captain America, Chris Evans lends his voice to the “real” Buzz Lightyear, the astronaut who was the inspiration for the action figure voiced by Tim Allen, in a prequel that will explore how he became so famous that they turned him into a toy. 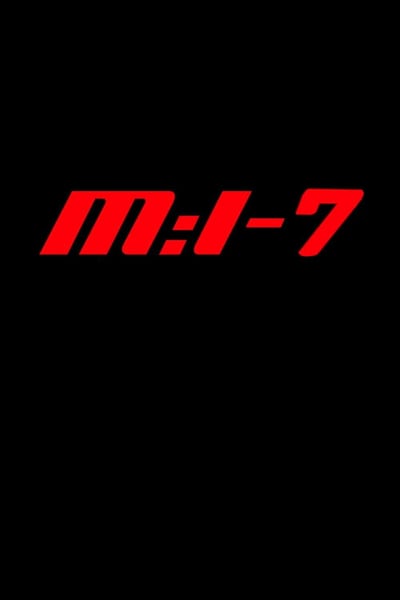 Yes, there have already been six of these action-packed blockbusters, and the series continues for good reason.

Tom Cruise was born to do death-defying stunts, and this series is full of them. This time around, he's joined by series newcomers Hayley Atwell and Pom Klementieff, while Ving Rhames, Henry Czerny, Simon Pegg, Rebecca Ferguson, Vanessa Kirby, and Angela Bassett all reprise their roles from previous movies.

Christopher McQuarrie is back in the director's chair, and a sequel, Mission: Impossible 8, is already dated for July 2023.