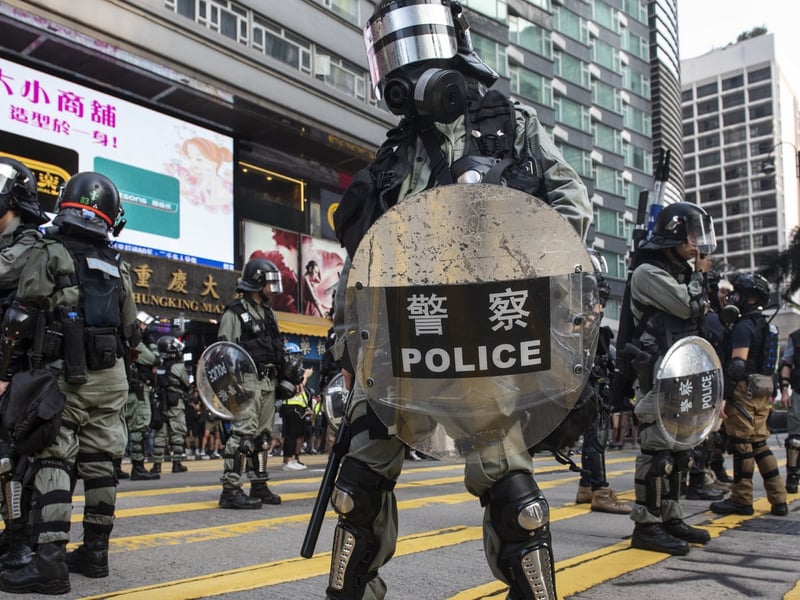 Hong Kong police forces patrolled the Victoria Park on Saturday after authorities banned public commemoration of the anniversary of the deadly Tiananmen Square crackdown in 1989.

An annual candlelight vigil has been held for decades in the park to remember the violent suppression by troops of student protesters demanding greater democracy in Beijing’s Tiananmen Square on June 4, 1989, as over hundreds were killed.

Authorities have cited risks from the coronavirus for banning the public commemoration over the past three years.

The government earlier on Friday said parts of Victoria Park, which traditionally served as the venue for the candlelight vigil, will be closed as it may be used for illegal activities.

It added that the move was to prevent any unauthorised assemblies in the park and to reduce the possibility of COVID-19 spread.

Critics have argued and say the pandemic is used as an excuse to infringe on the right to assemble.

US Secretary of State Antony Blinken said of the ban; “The struggle for democracy and freedom continues to echo in Hong Kong, where the annual vigil to commemorate the massacre in Tiananmen Square was banned by the PRC and Hong Kong authorities in an attempt to suppress the memories of that day."

He added that the United States would continue to speak out and promote accountability for human rights abuses by China, including those in Hong Kong, against Muslim minorities in the western Xinjiang region as well as Tibet.