The new Honor Magic V uses a smilar folding form factor to Samsung's Galaxy Z Fold devices, combining a large internal folding display with a smaller external display that can be used while the device is folded.

Magic V’s flagship feature, an internal folding screen, with a measurement of 7.9 inches from corner to corner, has a resolution of 2272 x 1984 with a refresh rate of 90Hz, and an aspect ratio of 10:9. 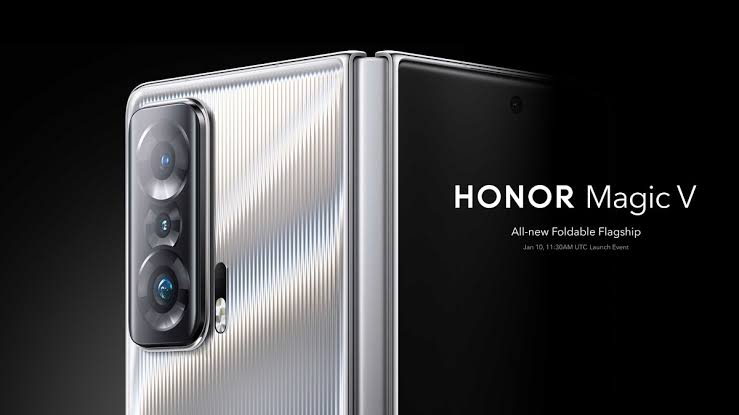 When folded, the Magic V measures 72.7mm wide, 14.3mm thick, and has a height of 160.4mm, and when unfolded it expands to 141.1mm wide and is 6.7mm thick. That’s slightly wider than Samsung’s latest Z Fold, while being slightly thinner overall when folded. Honor’s foldable is slightly heavier, however. It’s available in three colors: orange, silver, and black.

Internally, the Magic V is running Qualcomm’s latest chipset, the Snapdragon 8 Gen 1, which is paired with 12GB of RAM and 256GB or 512GB of storage. It’s got a 4,750mAh battery that can be charged at up to 66W, which gives you a 50 percent charge in 15 minutes. It’s 5G compatible and is running Honor’s Magic UI 6.0 software on top of Android 12, which supports the display of multiple app windows at the same time, Honor said.

A trio of 50-megapixel sensors camera on the rear of the foldable was included , which include a main sensor, an ultrawide camera, and something Honor is calling a “spectrum enhanced camera.”

The introduction of Honor Magic V, is expected to propell other smartphone companies to unveil theirs soon.