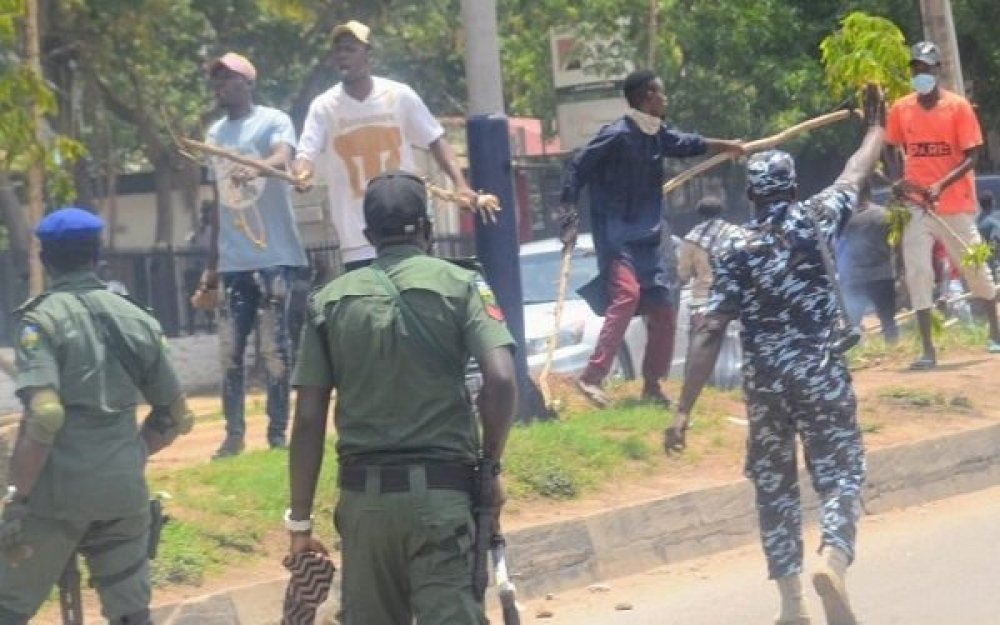 The police and other security agents, on Tuesday, dispersed heavily armed thugs who attacked labor union leaders and members in Kaduna.

The thugs, armed with knives, sticks, and stones attacked the peaceful protesters at NEPA roundabout, Kaduna, but were quickly dispersed by security personnel deployed to protect the protesters.

The News Agency of Nigeria (NAN) reports that some of the thugs were arrested.

One of the protesters, Mr. Daniel John described the development as “very unfortunate”, adding that although no one was injured, they were forced to suspend the peaceful procession for the day.

“We were at NEPA roundabout and about to be addressed by our chairman when the heavily armed thugs in their numbers arrived and began to wield knives and sticks while others throw stones at us.

“We were lucky security personnel were with us, who engaged the thugs and manage to disperse them and arrest some of them,” he said.

Another protester, Fatima Abdulhamid, thanked the police and other security personnel for displaying a high level of professionalism by quickly responding to the threat and overrunning the thugs.

Earlier, the NLC Chairman in the state, Mr. Ayuba Suleiman said that the labor unions were committed to the principle of dialogue and social bargaining for the benefit of disengaged workers in the state.

NAN reports that the labor unions had on Monday began a five-day warning strike over the sack of civil servants by the Kaduna State Government.

Suleiman had earlier on Sunday, assured workers and the general public of their commitment to maintaining peace during the strike action.

He also alerted the general public to watch out for thugs who were allegedly recruited to disrupt the peace in order to blame the labor unions.