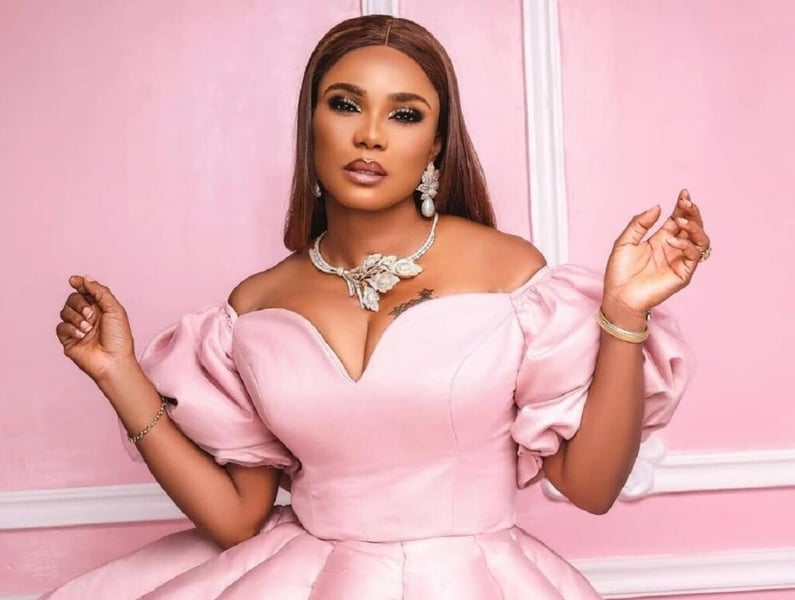 On Sunday, actress and single mother of two Iyabo Ojo shut down Lekki Lagos for a huge celebration of her mother's passing a year ago.

The gathering was attended by society's elite, featuring A-list celebrities to well-known society men and women. It was, without a doubt, a memorable moment.

City People reports that the actress spent millions of naira on her mother's memorial celebration and that the event was held in the famous monarch event center, a one-of-a-kind and magnificent venue.

Over 30 food and beverage vendors were waiting to serve the attendees. Aside from food and drinks, the event featured barbecues, mini chops, and other finger delicacies. Guests had more than enough to eat and drink thanks to Fespris bar's unusual and pricey wines and champagne.

Iyabo Ojo, a star actress, is one of the industry's most elegant fashion icons, and she exhibited her love for fashion during her celebration.