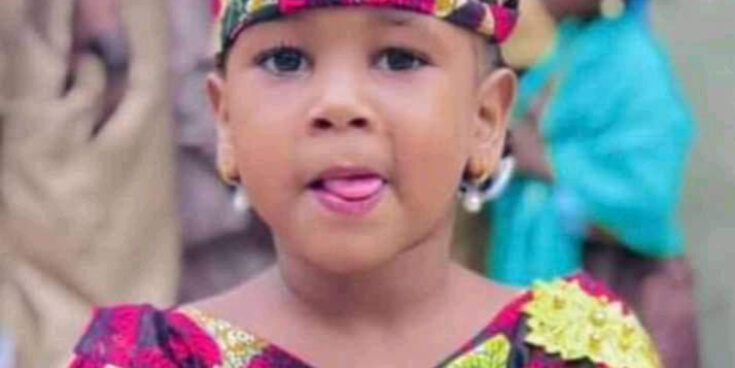 The Nigerian Police Force in Kano State have arrested the abductors and killers of a 5-year-old Kano girl, Hanifa Abubakar.

The abductors killed the 5-year-old girl after collecting some money out of the N6 Million ransom they demanded.

This was confirmed by the spokesperson of the Nigerian Police Force in Kano, SP Haruna Abdullahi Kiyawa.

Kiyawa disclosed while parading the suspects to newsmen that the police have recovered remains of the deceased at North West Preparatory school, in Tudun Murtala area of the state.

AllNews gathered that the prime suspect, Abdulmalik Muhammad Tanko, a 34-years old, first of all took the girl to his wife who rejected to keep her. It was after the rejection  that he took the deceased to the school were he operates as the proprietor and commited the heinous act.

Having kept her at the school for a while, the school teacher poisoned Hanifa with rat poison and subsequently buried her body parts cut in pieces.

Upon investigation, the police uncovered her remains in the school and gathered that one of the suspects was her teacher.

Kiyawa added that the suspects were arrested at Zaria road in an attempt to collect second part of the ransom they demanded.

The Late Hanifa was kidnapped on December 4, 2021 at about 5pm when she returned from Islamic school.

The incident which shook Kano State has gained so much public sympathy.

The suspects are currently in police custody while further investigation is being carried out.