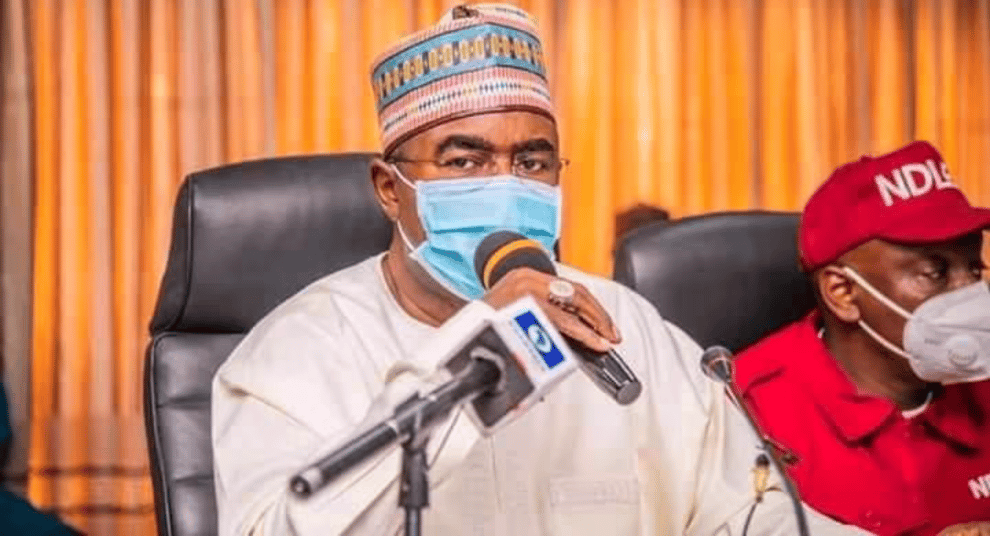 A statement by Femi Babafemi, Director of Media and Advocacy of NDLEA stated that at least four traffickers involved in the attempts to import and export illicit drugs through the country last week are now in the custody of the agency.

One of them is 33-year-old Pascal Ekene Okolo, an indigene of Ihe in the Ogwu Local Government Area of Enugu State, who was arrested during an inward clearance of a Qatar Airways flight from Sao Paulo, Brazil, via Doha at the arrival hall of the NAIA on April 17.

Okolo, who claimed to be in the wine business in Brazil, was arrested with a travelling bag containing different medicinal tea bags, which were used to conceal 4.1kg of Cocaine.

On the same day, a Canada-based Nigerian, Anigo Christian Godspower, was intercepted at the MMIA, Ikeja, during an inward clearance of passengers on Qatar Airways from Sao Paolo.

When his luggage was searched, two blocks of Cocaine with a total weight of 2.10kg were discovered.

The 52-year-old man, who hails from Udi in Enugu State, claimed he operated an unregistered Bureau De Change business before delving into the illicit drug trade.

The bid by another cartel to export 950g of Heroin concealed in the soles of lady’s footwear through the MMIA cargo shed was equally foiled by anti-narcotics officers, who have so far arrested two suspects linked to the crime.

Those arrested between April 16 and 17 in connection with an attempt to export the drug to Monrovia, Liberia, include Idokoja Solomon Chukwurah and Patrick John Tochukwu.

Meanwhile, NDLEA operatives in raids in Kano, Kaduna, Benue and Akwa Ibom states have seized no less than 88,734 doses of Tramadol, Pentazocine, Diazepam and Swinol.

In Kano, Aliyu Usman, 28, was arrested at the Railway area of the state capital with 47,000 capsules of Tramadol and 2,000 ampules of Pentazocine injection on April 19 while Saminu Usman, 28, was nabbed with 24,710 Tramadol tablets at Gadar Tamburawa area of Kano two days earlier.

In Benue, another dealer, Emeka Eze was arrested at an NDLEA checkpoint at Adikpo, Kwande Local Government Area of the state with 10,000 Tramadol capsules and 900 tablets of swinol, while in Kaduna State, the duo of Raphael Daniel and David Musa were arrested at Mando Park, Kaduna, with 1kg of Cocaine on April 21.

Last Thursday, a week after Muhammad Sani Ibrahim sent 12.1kg of Cannabis from Lagos to Kaduna, operatives were able to trace and arrest him.

They took him to Kaduna after his consignment was intercepted.

Another dealer, Kamilu Ibrahim was also arrested on the same day at Kargi village in the Kubau Local Government Area, Kaduna State, with 10.6kg of Cannabis Sativa, while Bashir Ibrahim was arrested on April 22 after his four consignments containing Cannabis Sativa weighing 44.6kg were intercepted three days earlier along Abuja-Kaduna Expressway.

Chairman/Chief Executive of NDLEA, Brig. Gen. Mohamed Buba Marwa (Retd), commended the officers and men of the NAIA, MMIA, Kano, Kaduna, Akwa Ibom and FCT commands of the agency for sustaining the heat on drug cartels.

He charged them and those in other commands across the country to remain vigilant and on the offensive until the last gramme of illicit drugs was taken away from the streets.