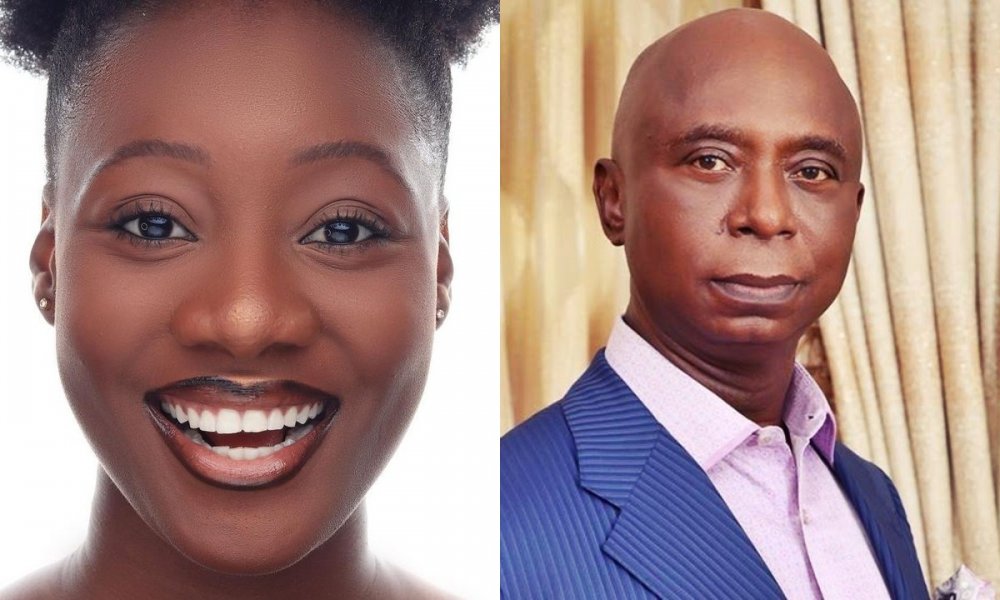 Pamela Ifejoku, a former beauty queen, has accused Nigerian businessman Ned Nwoko of keeping her father in detention for a crime he did not commit.

Pamela, a winner of the MBGN Tourism 2019, made the revelation in a recent video that is circulating on social media, saying that the billionaire put her father and others in jail because their community resisted his "land-grabbing" attempt.

In the detailed story which she told on Twitter, she said sometime in 2017, Ned Nwoko instigated a crisis in Idumuje Ugboko community in Delta State because they refused to give him additional 90 hectares of land after he mismanaged the one earlier given to him. 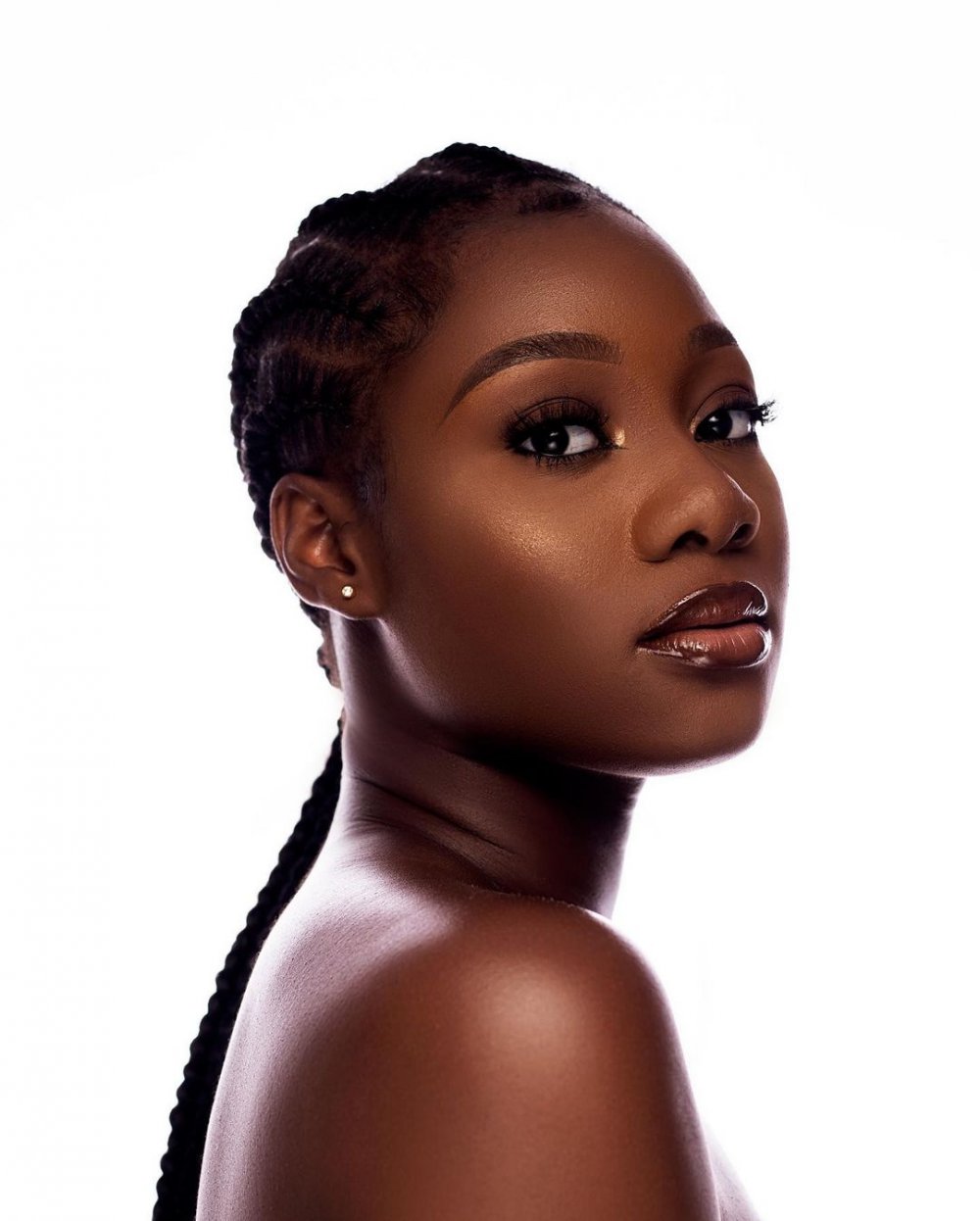 In the crisis that ensued, one Cyprian Kumaorun was allegedly killed and her father, Okey Ifejoku, who was nowhere near the incident, was arrested along with nine others and detained at FCID Abuja for six months before being charged to court.

Seeing that nearly all the defendants were being granted bail, Ned Nwoko again used police officers to rearrest Pamela's father and his deputy, keeping them at FCID for almost a week. 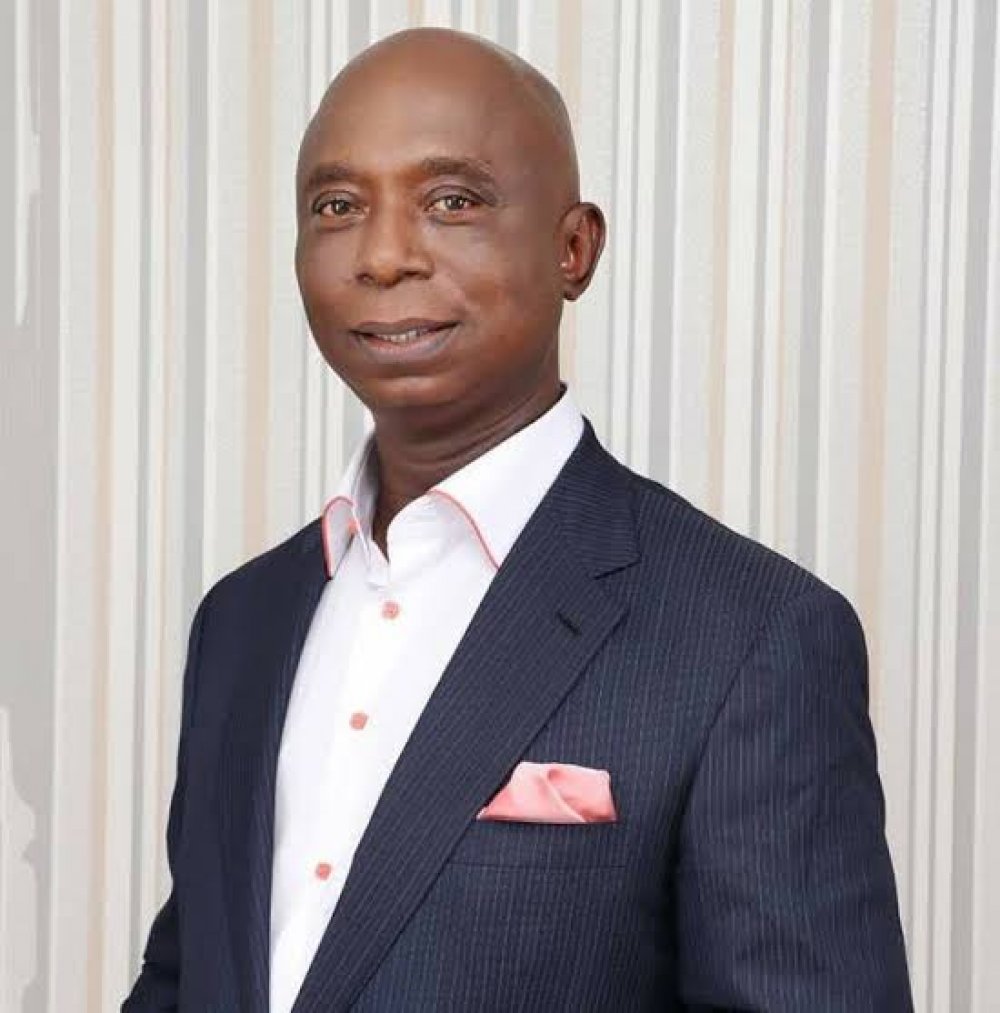 The detainees were then transferred to the Delta State Police Command, Asaba, where they are presently still in custody. A few weeks later, another member of the community was arrested and the police vowed that they would prosecute the entire community.

According to Pamela, her father has been granted bail by the Federal High Court but is still in detention for a crime he never committed.

See the thread below: 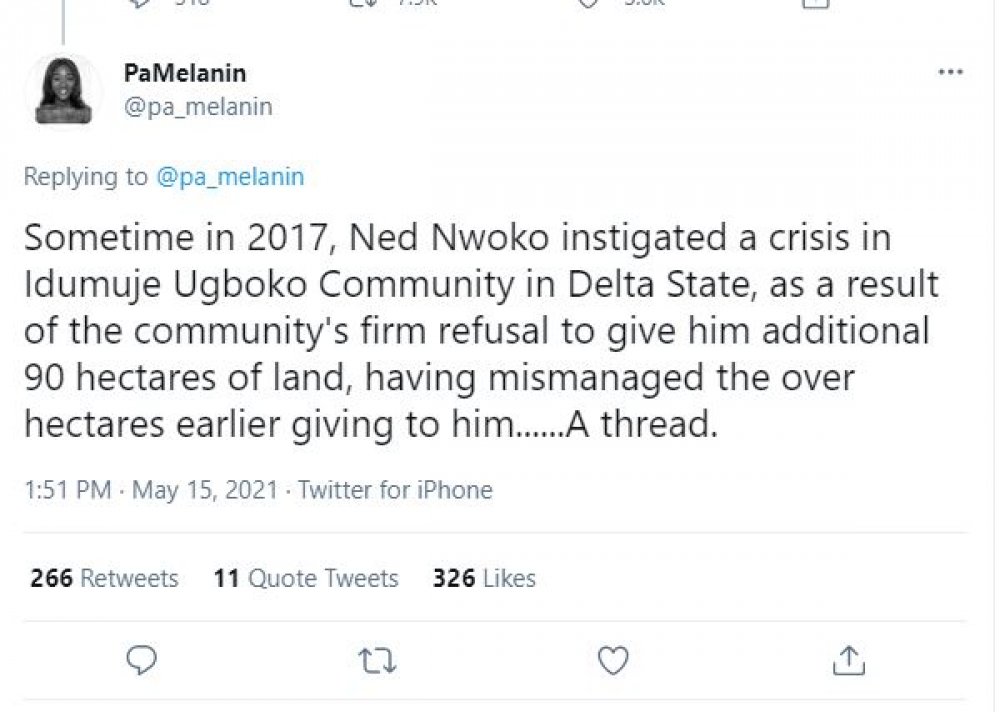 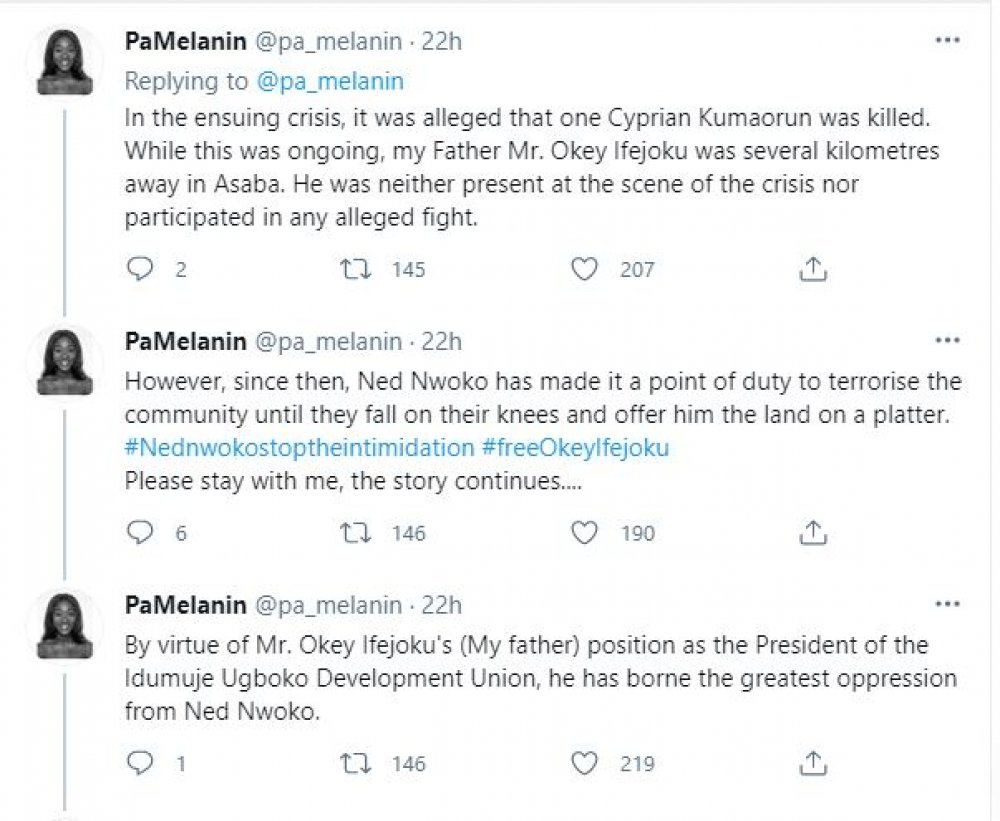 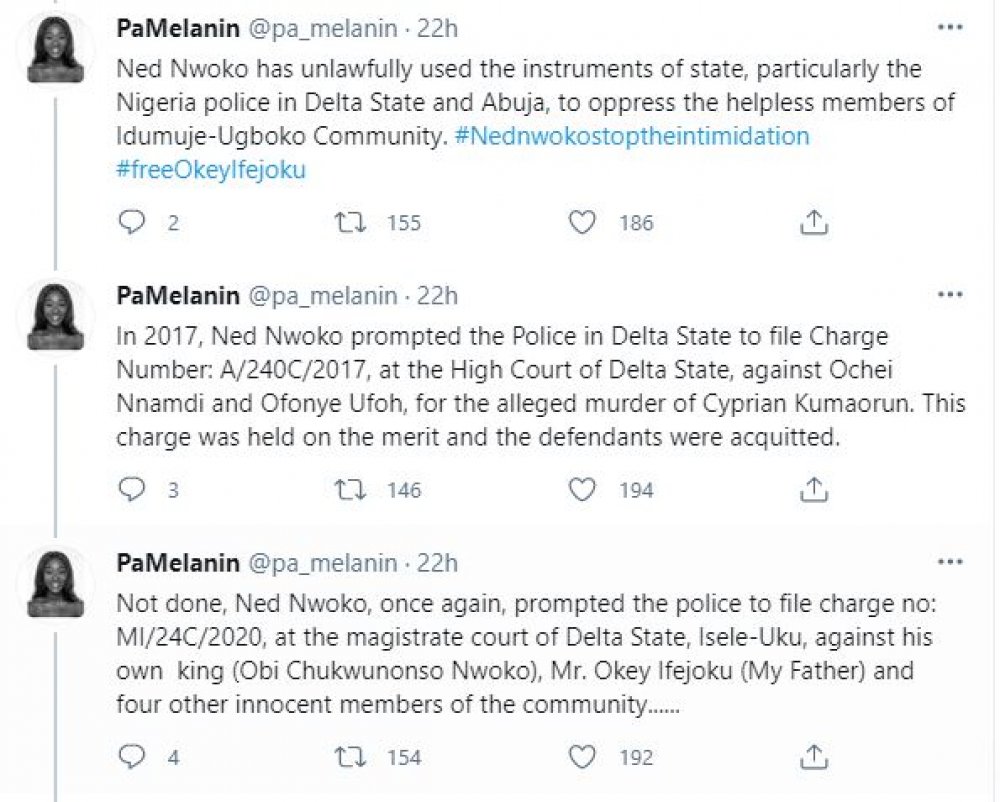 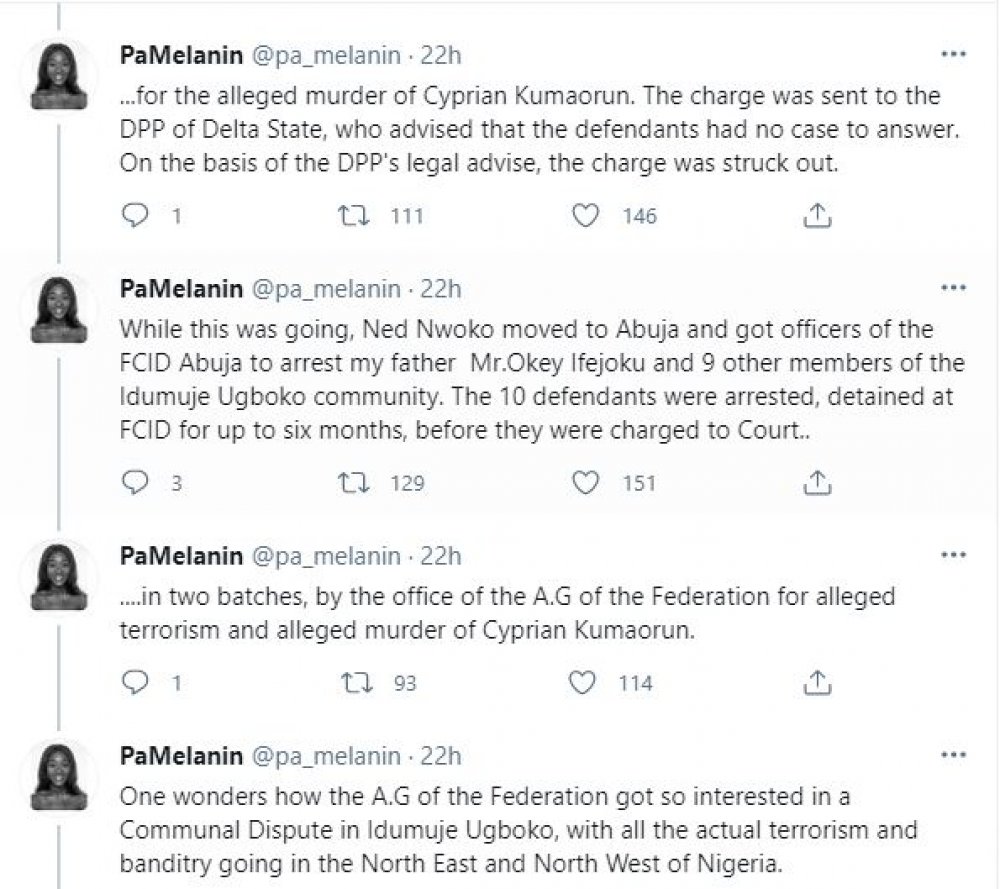 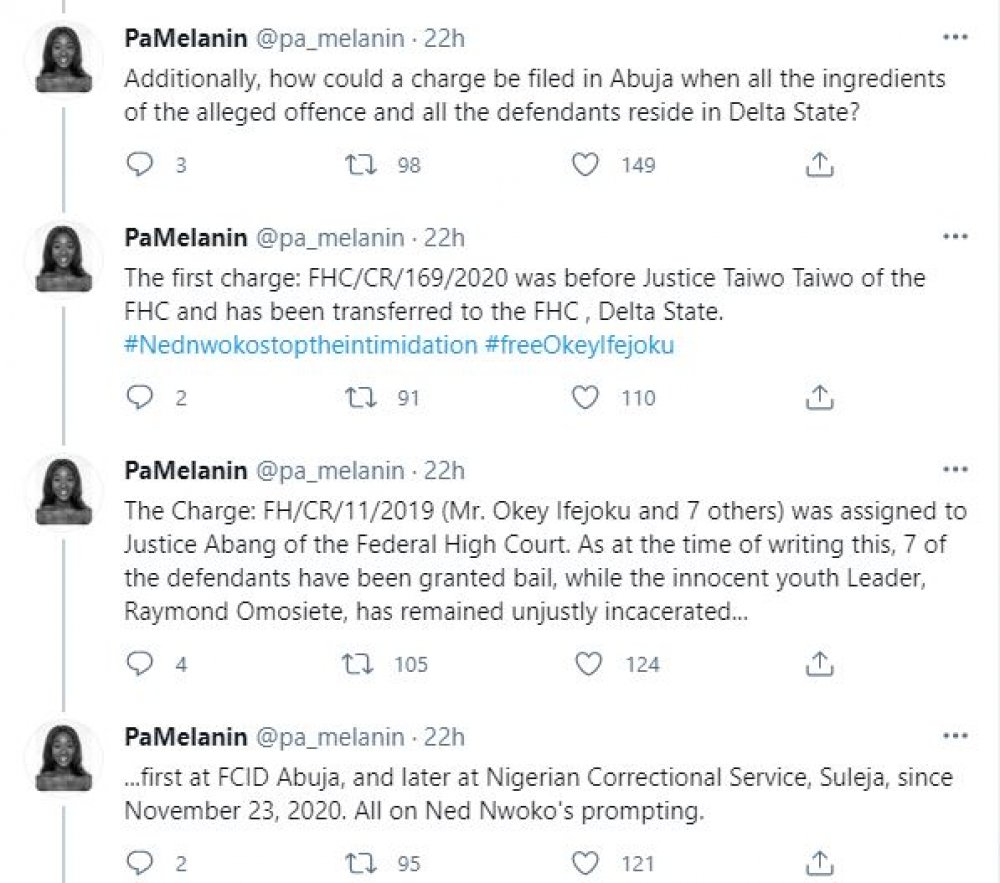 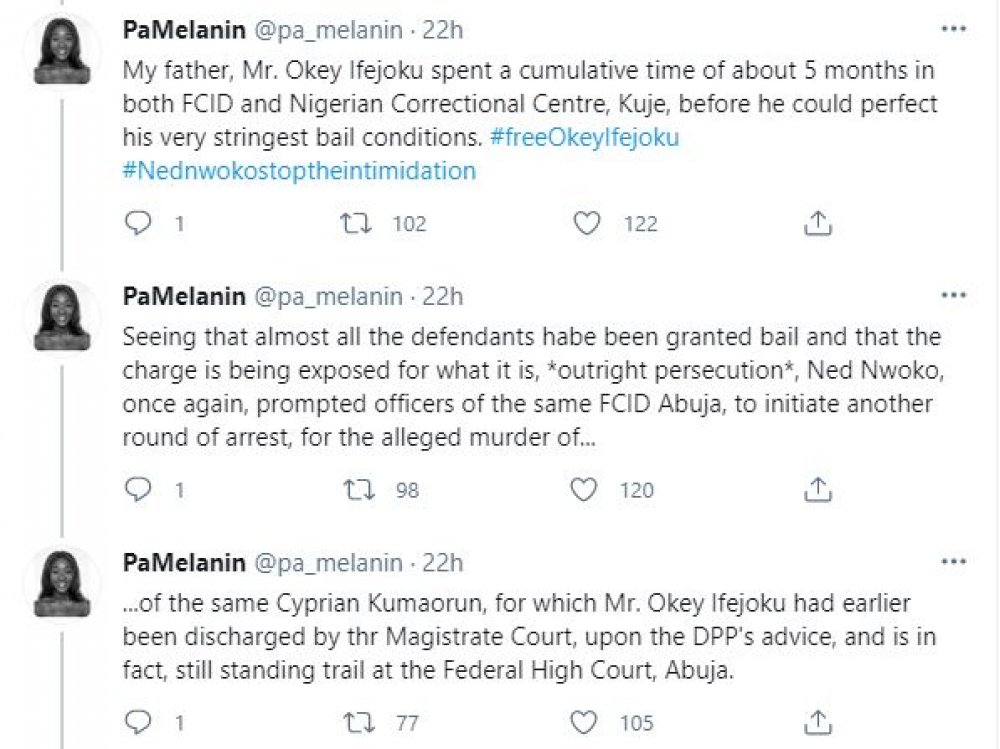 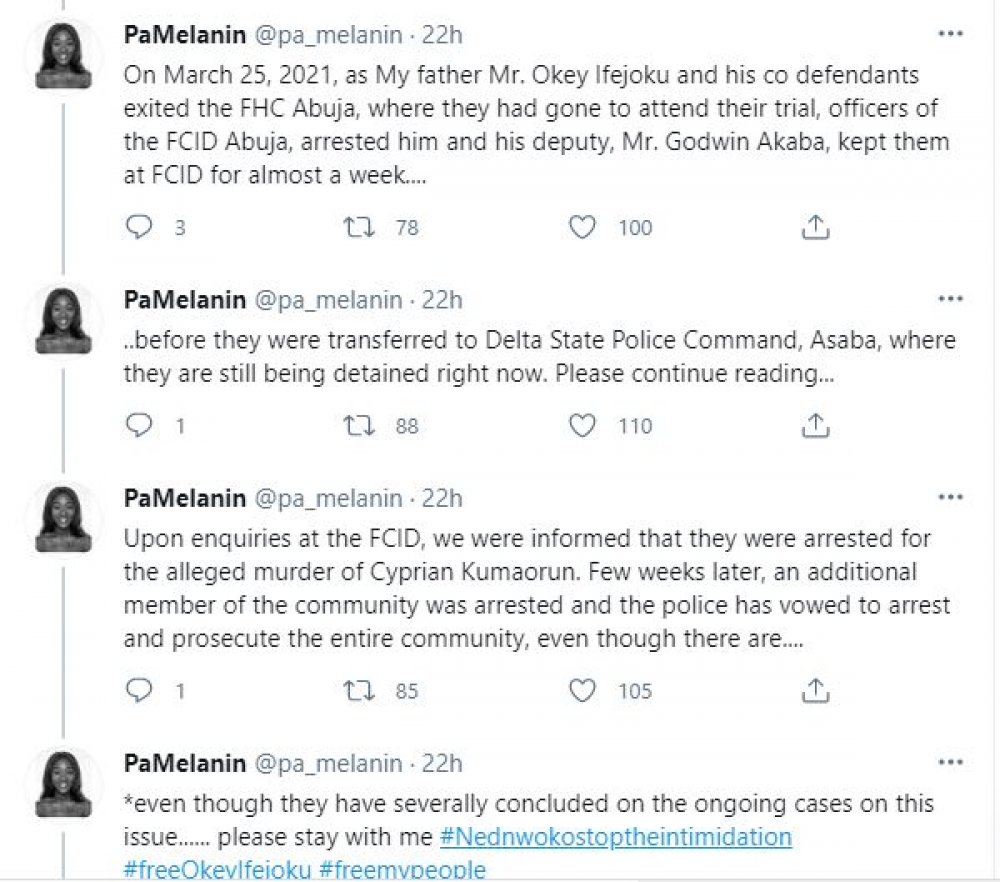 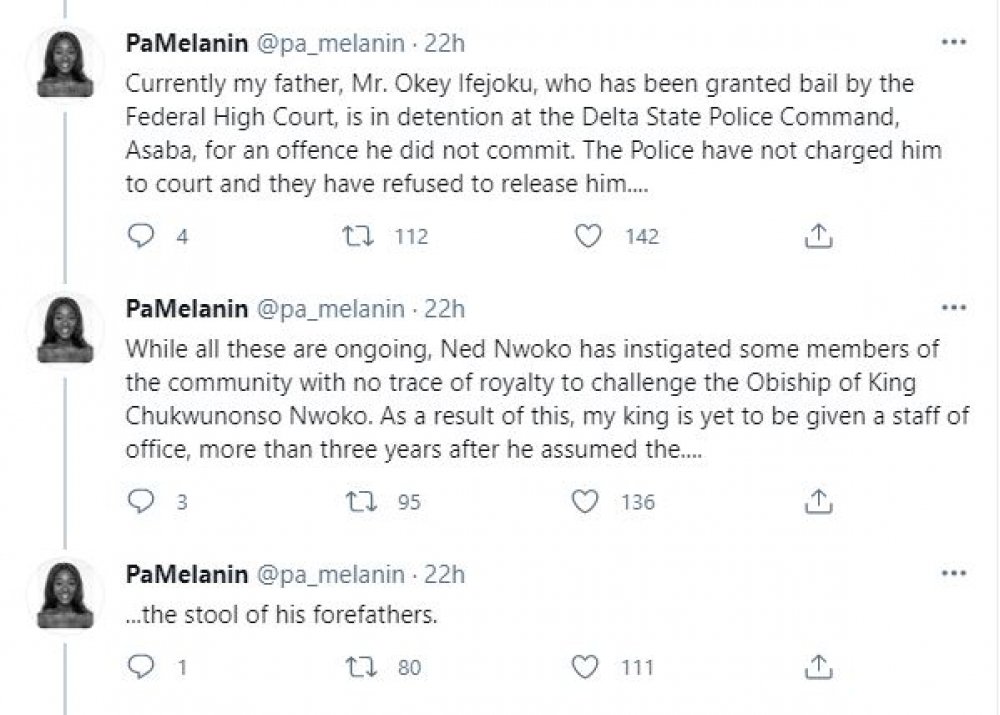 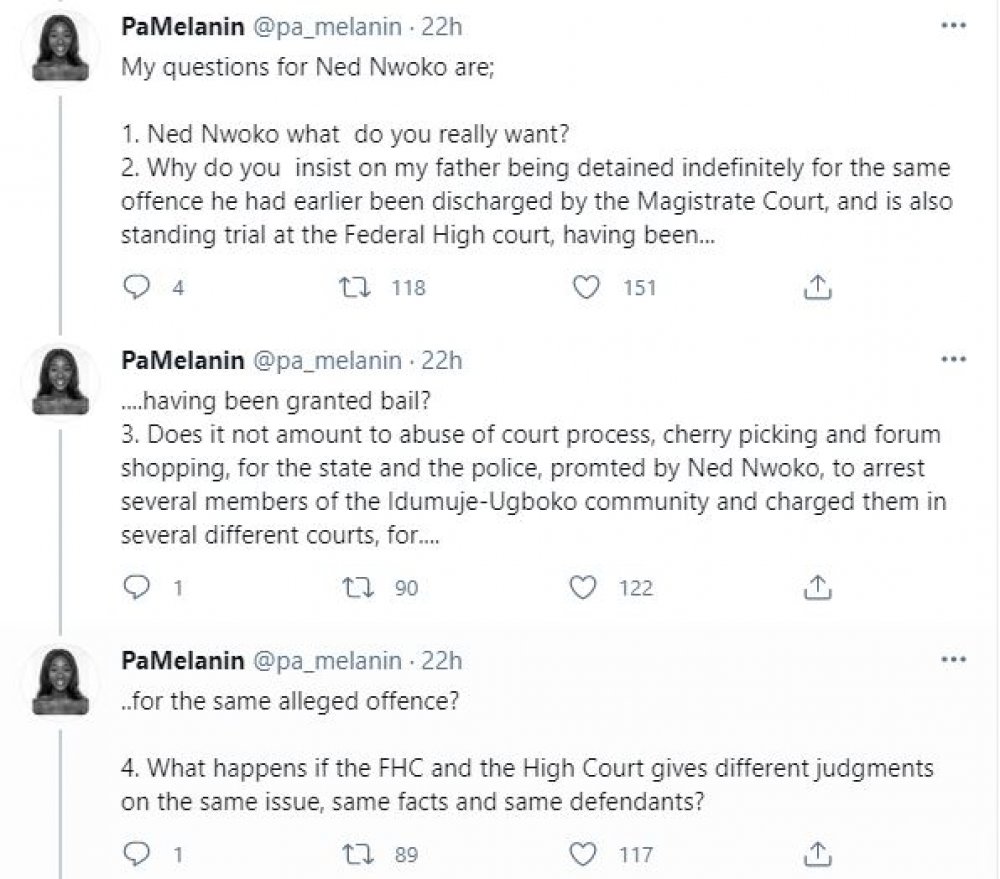