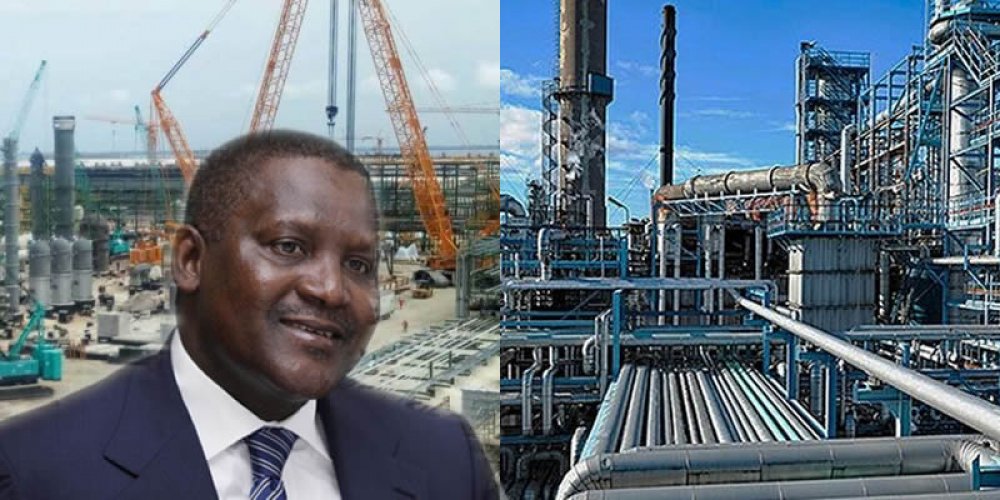 A worker protesting salary at Dangote Refinery, located at Lekki, Lagos State, was killed by Policemen called by the company to shutdown the protest happening around the premises. The killing of the worker at Aliko Dangote's refinery came at a period Nigerian youths are protesting Police brutality within the country.

The protesting workers had demanded for increment in salary, which Dangote Refinery didn't yield to. In response, Dangote Refinery ordered the workers to stop work at the company's facility. As the workers pushed their demand for salary increment through protest, the company called Police officers on the peaceful protesters, who later shot one of the protesters, leading to the death of the unnamed worker.

Worker Confirmed Use Of Police To Shutdown Protest

One of the workers said confirmed that Dangote Refinery invited the police to douse the protest, and after the arrival of the Police, one of the protester was killed, "Workers are fighting for increment of salary since last week. Because of the protest, Dangote ordered everybody to stop work.

"As we were protesting this morning (Tuesday), someone was killed by the police. His body has been taken to the hospital," the worker said in a video according to Sahara Reporters.

Note that in Nigeria, Policemen are known to use guns to disperse protesters. Recall AllNews had reported that several protesters were reportedly killed during the EndSARS protest according to Amnesty International, while some were injured amidst the protest - with the memory of the protest still fresh on the minds of Nigerians, Dangote Refinery became a trending topic on social media.

With the recent protest in Dangote Refinery and the killing of a worker by Policemen during the protest, the company said the workers were not protesting against Dangote Refinery, but against Onshore, Offshore (Oil) and Chemie-Tech subcontractors, which is in charge of the workers.

"Our attention has been drawn to an issue on social media alleging staff protest at the refinery over salary increment dispute. The protesters are direct employees of Onshore, Offshore (Oil) and Chemie-Tech subcontractors, who are currently dealing with an industrial dispute with their employees.

“The situation is under control as we are mediating with the parties involved," Spokesperson for Dangote Refinery, Tony Chiejina, said in a statement reacting to the incident.

Note: Several calls placed to Dangote Communications for enquiry on the incident were not answered or returned as at the time of filing this report.