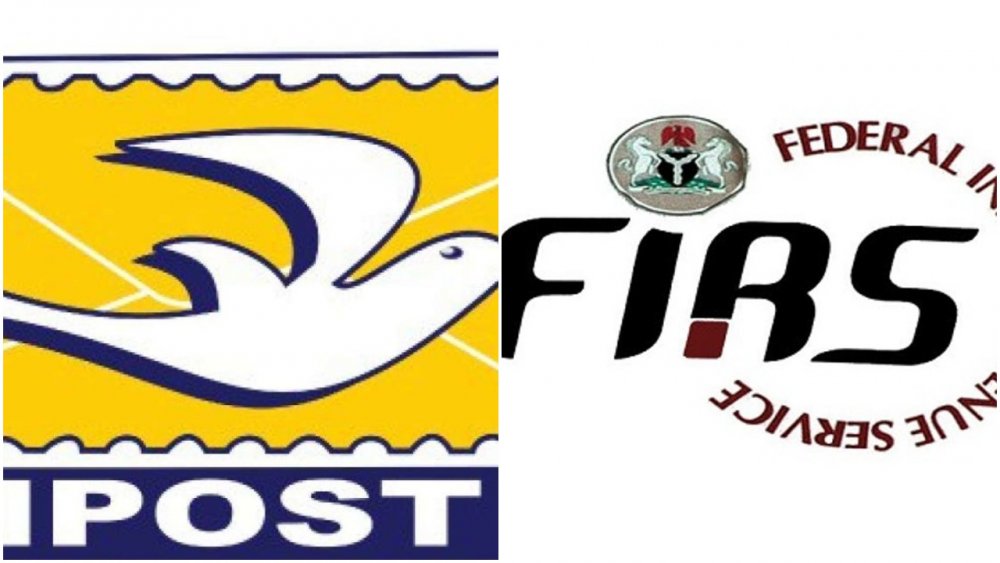 The Federal Inland Revenue Service (FIRS) and the Nigerian Postal Service (NIPOST) recently revived their beef over the collection of stamp duty which has pitted both agencies against each other. The recent attack was initiated by the Chairperson of NIPOST, Maimuna Abubakar, who accused FIRS of actions that could eliminate NIPOST.

Abubakar said if the tax administrative is allowed to take charge of the stamp duty, FIRS will "kill and bury NIPOST", so the decision to empower FIRS to collect stamp duty should be reverted. She pleaded for the support of the general public to help NIPOST retrieve its responsibility of collecting the stamp duty.

In reaction to Abubakar's statement, FIRS' Director for Communication and Liaison, Abdullahi Ahmad, accused NIPOST of operating illegal stamp duties account, of which the postal agency is using to collect charges of stamp duties. Ahmad said FIRS will ensure all charges collected by NIPOST are accounted for and transferred into the Treasury Single Account (TSA).

How They Got Here

The confrontation started when the National Assembly passed the Finance Act which gave FIRS the power to collect stamp duty, taking the responsibility from NIPOST. The decision pitied both NIPOST and FIRS against each other, with workers of NIPOST storming the headquarters of the Federal Ministry of Finance in Abuja in December 2019, to make their grievances known.

The workers hindered guests and government officials from going in or out, thereby, preventing the presentation of the 2020 Budget at the main auditorium at the headquarters in December. Since the protest, both government agencies have been at loggerheads. The situation was later doused until the recent outbursts between Abubakar and FIRS.

Ministers Fighting Over Both Agencies

Both the Minister of Communications and Digital Economy, Isa Pantami and the Minister of Finance, Ahmed Zainab are the two ministers involved in the confrontation between NIPOST and FIRS - both agencies have the backing of each minister, giving room for the show of power and public confrontation.

Zainab had initiated the decision to redirect the stamp duty power to FIRS, as she believes FIRS is the only agency empowered to collect tax charges. She supported the FIRS office to take charge, and the Finance Bill, of which the new law was placed, was approved by the National Assembly.

But Pantami disagreed with her on the exercise of power over stamp duty. Pantami said enabling FIRS to take charge of stamp duty payment, means the tax agency is encroaching the space of NIPOST. He raised the issue with President Muhammadu Buhari, but with the rising confrontation, it shows the President is yet to steady the boat.

Pantami said the FIRS could assist NIPOST, but collection of stamp duty shouldn't be done by FIRS or the Ministry of Finance. He said it is "an injustice if NIPOST is denied the opportunity. We have advised the government on this and the government has the final say on it." He also said the body has no power to change government policy, but it has the power to challenge injustice, and taking the stamp duty from NIPOST "is one of many injustices that should be challenged."

Note that while FIRS is under the Finance Ministry, NIPOST is under the Ministry of Communications and Digital Economy. So both Ministries have an interest they are trying to protect by securing the stamp duty.

Who Is Authorised To Collect Stamp Duty?

With the Finance Act, the power to warehouse stamp duty falls in the jurisdiction of FIRS. According to Ahmad, FIRS is the only government agency charged to assess, collect, and account for all tax types including Stamp Duties, stating NIPOST wasn't created to collect Stamp duty.

He said NIPOST was established by Decree 41 of 1992 with the "function to develop, promote, and provide adequate and efficiently co-ordinated postal services at reasonable rates." But Abubakar is defending the right of NIPOST, stating that, "The Finance Act 2019 did not delete nor repeal neither did it amend Section 5(d) nor Section 34(1) and (2) of the NIPOST Act 2004."

[READ ALSO: Two Methods Shoprite Will Use To Leave Nigeria As It Seeks To Reduce Risk Exposure]

With the constitution vesting the power to print stamps in NIPOST, and the Finance Act empowering FIRS to collect stamp duty, it is unlikely that FIRS will get the approval from NIPOST to mint stamps. The defense of FIRS had been that stamp duty is tax which should be collected by the tax agency.

If FIRS insists on collecting the stamp duty charge, then the tax agency will be threatening the role of several agencies collecting duties on behalf of the government, as the likes of Customs Service, Nigerian Ports Authority (NPA), Standards Organisation of Nigeria (SON) are all collecting duties as well.

The continued confrontation between both agencies has raised questions to what led to the realisation that FIRS should be in charge of collection of stamp duty as the power to charge for stamp duty had been the responsibility of NIPOST for several decades. For years, FIRS has been struggling to meet its revenue projection.

Under the former Executive Chairman of FIRS, Babatunde Fowler, FIRS couldn't meet its revenue, leading to the ouster of Fowler, with Nami Mohammad taking over. Both the Finance Ministry and FIRS have been seeking ways to expand their revenue generation, and stamp duty is a lucrative source.

Why Is The Stamp Duty Important To NIPOST/FIRS?

Whichever agency collects the stamp duty charges will see increase in its earnings for the year as it's a source of revenue for the government agencies. The loss of stamp duty by NIPOST will affect their government allocation, while it will increase the allocation of FIRS.

Also, workers of both agencies will be affected, as department incharge of stamp duty at NIPOST will be rendered redundant, causing job loss in the agency, while it will create job opportunities in the tax agency.