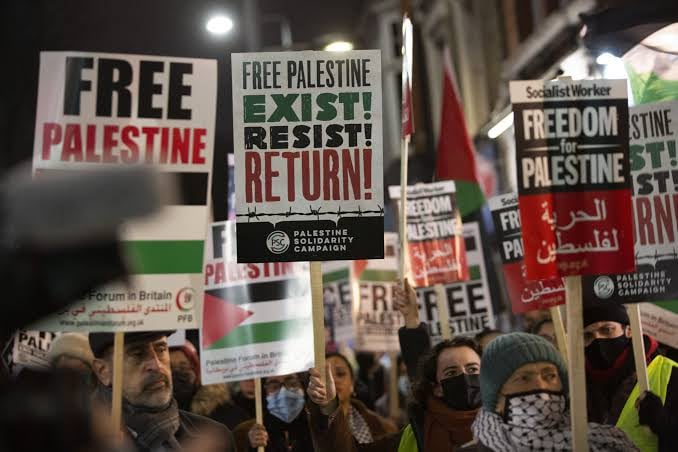 Hundreds of people stage a protest in London against the forced eviction and demolition of Palestinian homes by Israeli authorities in Jerusalem.

This occurred outside the Israeli Embassy in London, the United Kingdom on Friday, January 21, 2022.

The protest was in solidarity with residents of the Sheikh Jarrah neighbourhood.

The PFB's speaker, Salem Nusseibah, expressed his organisation's rejection of the British government's complicity in the ongoing ethnic cleansing in Sheikh Jarrah.

He said; "It is upon us to say no to our government's policy, to say no to Boris Johnson, no to neo-colonialism."

Also, a national officer from the National Education Union (NEU), Louise Regan, said in her statement; "It is disgraceful that the residents of Sheikh Jarrah are arrested, injured and that their homes are destroyed."

"NEU will continue to pressure our government to hold Israel accountable for its actions".